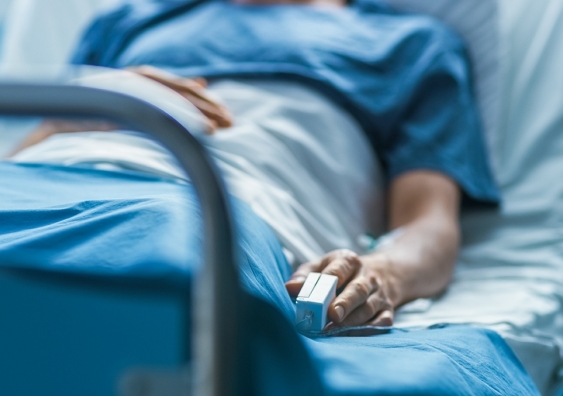 Life expectancy for people with intellectual disability has long been known to be lower than that of the general population, and now UNSW Sydney researchers can reveal the reasons why.

In a paper published today in the Journal of Applied Research in Intellectual Disabilities, the study authors shine a light on the factors that are associated with risk of death among people with intellectual disability (ID).

The research, which examined administrative data records of more than 42,000 people with ID who received disability services in NSW from 2005-2015, showed that people with comorbidities – or additional health conditions and disabilities – are at increased risk of death.

People with ID who had cancer were almost eight times more likely to die from the disease in the 10-year period compared to those in the group without cancer. Having a serious mental illness increased the risk of death by four times, whereas Down syndrome increased the person’s risk by three and a half times. Other risks included having cerebral palsy, kidney disease and epilepsy.

But the presence of comorbidities does not adequately explain why people with ID face a higher risk of death, the authors say.

“The statistics alone aren’t telling us the full story,” says Professor Julian Trollor, senior author and director of UNSW’s Department of Developmental Disability Neuropsychiatry (3DN). “Our previous research found that deaths due to potentially avoidable causes were alarmingly high in people with intellectual disability. The reality is that people with intellectual disability face major barriers to receiving appropriate and effective health care.”

Too little, too late

Findings by the researchers indicate that too often, people with ID either receive inadequate medical care, or treatment that is too late.

“While it is understandable that some cancers are associated with death, people with intellectual disability can experience delayed diagnoses and inadequate management for treatable cancers, and this may increase risk of death,” Prof Trollor says.

“Similarly, people with other conditions such as mental illness, Down syndrome, cerebral palsy, epilepsy and other chronic medical illnesses don’t get the specific treatment they need, or get inappropriate treatments that increase risk of death.”

Sydney mum Julie Hoysted, whose son Joshua had an intellectual disability from age seven after suffering a hypoxic brain injury, saw firsthand how the medical system fails people with ID through inadequate care and slow responses. Josh was diagnosed with testicular cancer while living in supervised housing at the age of 44, and Julie says there seemed to be a reluctance to take the condition seriously or to follow up with prompt medical treatment.

“Instead, the hospital failed to schedule him for surgery and then, after surgery, it was decided he would not be given the option of chemotherapy, assuming that he would not sit still during treatments.

Tragically, Josh died from the condition at the age of 45.

Prof Trollor says he knows of similar situations in which people with intellectual disability have had cancer but are not offered active treatment, or are inadequately treated.

“Many services and professionals are not equipped with the right knowledge and attitudes and may not understand the practical ways of working with people with intellectual disability, and this can prevent them getting the treatments they need,” he says.

Mortality rates for people with ID could be dramatically improved if public health policies were more focused on interventions and practitioners more attuned to the treatment of comorbidities, Prof Trollor says.

“Cancer deaths may be able to be reduced by easier access to screening and treatment, yet for many common cancers, information about screening or detection is not available in accessible formats for people with intellectual disability,” he says.

Prof Trollor says it is well known that mental illnesses can increase likelihood of death in the general population, but this was the first time this was demonstrated in people with ID, where it accounts for a fourfold risk. Medication, leading to weight gain and less active lifestyles, is believed to play a role.

“We think the higher mortality rates reflect the poor health care associated with having the compounding effect of mental illness on top of intellectual disability so we argue for a strategy for cardiometabolic monitoring as well as lifestyle interventions.”

Epilepsy was another comorbidity which raised the mortality rates among people with ID.

“Epilepsy may increase risk of accident or injury, and is sometimes associated with sudden unexplained death. So we argue for better adherence to epilepsy management plans which aim to better control seizures and reduce risk of accidents including drowning.

“Cerebral palsy, which made death twice more likely for people with ID during the study period, can be associated with feeding and swallowing problems which can worsen with age, and sometimes these aren’t particularly well managed by the disability sector, who may lack training and understanding of this issue,” says Prof Trollor. “Whereas some risks associated with Down syndrome can be mitigated with a more proactive approach to preventative health care.”

Break down the barriers

Dr Simone Reppermund, lead author of the study and Scientia Fellow in Prof Trollor’s Department at UNSW says there needs to be an understanding of the barriers facing people with ID before their health outcomes are improved.

“Communication difficulties and a lack of health literacy can present a barrier to receiving health care for some people with intellectual disability,” Dr Reppermund says.

Joint lead author Dr Preeyaporn Srasuebkul, who also works in Prof Trollor’s UNSW team, says there are also barriers in the health system itself, with no real model of care to support GPs to work effectively with people with ID.

“Adjustments to practice and additional time are required to allow GPs to do a good job in preventative healthcare, including to perform routine health checks,” she says.

“Better funding within the Medicare Benefits Schedule and health policy that includes the needs of people with intellectual disability would be important components that could improve long-term health outlook.”

Senior Advocate for NSW Council for Intellectual Disability, Jim Simpson, says this research will be helpful in informing government strategy on health for people with ID.

“It is appalling that cancer is increasing the rate of death for people with intellectual disability by eight times and that people with mental health problems and other disabilities are dying too young.

“This research will be a valuable informant of the National Roadmap for Improving the Health of Australians with Intellectual Disability that is being developed by the Australian Government in response to the Our Health Counts campaign that we and Inclusion Australia are leading.”

The authors’ research program has received interest from the Royal Commission into Violence, Abuse, Neglect and Exploitation of People with Disability which had its first hearing in Townsville on November 4. Prof Trollor hopes the Commission will seek to address the inadequate access to healthcare for people with ID in their hearings.