Moo-ve out of the way cow’s milk, we’re drinking more dairy substitutes than ever before. 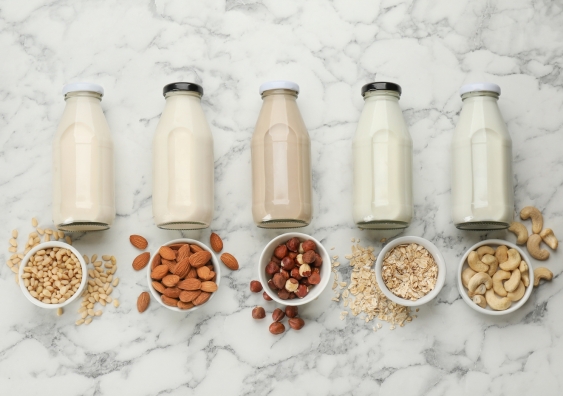 If you’ve been to any supermarket recently, you would’ve noticed the shelf space dedicated to milk alternatives such as oat, soy, almond and rice is expanding. Though they’re not strictly speaking ‘milk’, these plant-based beverages are gaining favour among consumers looking for a dairy-free option in their coffee mugs and cereal bowls.

According to the Australian Bureau of Statistics, we’re now drinking about half a metric cup of milk alternatives per person every week. In the milk marketplace, consumption of the likes of soy and almond milk is increasing at the same rate dairy milk is falling.

Experts from UNSW Sydney say there are many reasons we’re leaving cow’s milk behind in favour of the plant-based kind, including health reasons, ethical choices and personal preferences.

Professor Johannes le Coutre, School of Chemical Engineering, UNSW Engineering, says he’s not surprised by the expansion of the plant-based milk aisle. The food and health expert says in the first place, human bodies are not physiologically optimised to digest dairy milk.

“Food history is full of examples where we try to mimic animal products, so having plant-based milk is not an entirely new idea,” Prof. le Coutre says.

“Human adults are not necessarily the target consumers for cow’s milk in nature. It’s a product meant for babies, specifically for cow babies,” he says.

Many adults have an intolerance to lactose – the sugar in dairy – to some degree. If they drink cow’s milk or eat other dairy by-products, they can experience bloating, pain and diarrhoea. For those people, plant-based milk offers a lactose-free alternative.

“If someone has an intolerance to dairy, it is easier for their body to digest plant-based milk,” says nutritionist Dr Rebecca Reynolds, adjunct lecturer, School of Population Health, UNSW Medicine & Health. “While some regular milk has the lactose removed, many prefer the taste of plant-based milk.”

“The taste is undoubtedly a key factor because consumers don’t want to feel they need to compromise on flavour,” A/Prof. Garg says. “Today, if you feel uncomfortable consuming dairy milk, there are a lot more alternatives in the market you can try that weren’t available 20 years ago.” 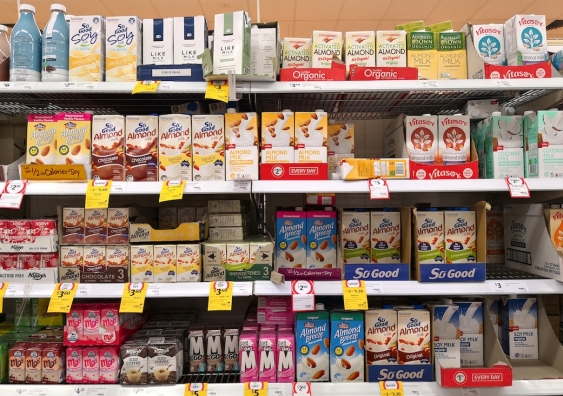 If you're in the market for plant-based milk, there are many options to choose from. Photo: Ty Lim / Shutterstock.

An ethical choice for animals and the environment

Many people are also switching up their milk of choice for ethical reasons. One concern is the treatment of livestock in the dairy milk production process.

“There is a movement of consumers who resent animal products – such as milk – because they are not necessarily associated with good animal welfare,” Prof. le Coutre says.

To produce milk, cows must give birth. If the calves are not needed as replacements for the milking herd, they are killed, often not humanely. More cows die per calorie of milk production than cattle for meat production.

A/Prof. Garg says some of the growth in plant-based milks can also be attributed to changing consumer perceptions about the sustainability of the dairy industry. There is growing awareness about the impact it is having on the climate and the environment.

Research suggests a dairy-free diet could be a more environmentally friendly option, and people can make significant moves for the environment by just reducing their dairy intake, Dr Reynolds says.

Some plant milks might be more planet friendly than others though. For example, it’s estimated that growing a single almond requires 12 litres of water. Still, almond milk uses less land and water than dairy milk and has lower greenhouse gas emissions.

“[But] there are challenges when it comes to plant-based products in that they usually destroy a lot of nutritional goodness and require a lot of resources just to mimic a product [milk] that isn’t intended for human consumption in the first place,” Prof. le Coutre says. 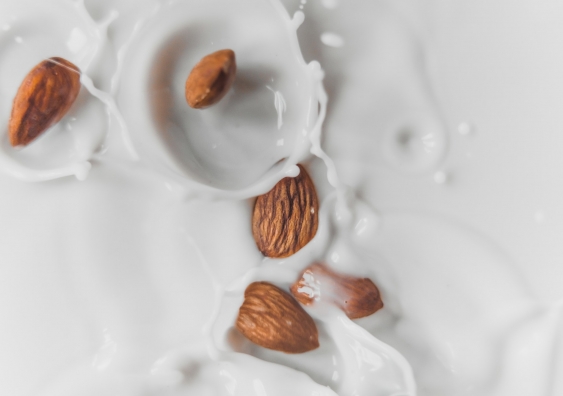 Milks that are plant-based have less impact on the environment than cow's milk. Photo: Unsplash.

Read more: Tonight, I'll be having cultivated meat with a side salad

Milk alternatives are also becoming an increasingly popular choice among health-conscious consumers. But what some consider to be a ‘healthier’ option is not always the case, Prof. le Coutre says.

So how does dairy milk stack up nutritionally against plant-based milk? While there is scepticism about the health impacts of dairy products, evidence suggests dairy benefits health.

“Overall, cow’s milk has a better nutritional profile than plant milks, with more protein and micronutrients like calcium,” Dr Reynolds says. “However, plant-based milks often have micronutrients added to them, can have less overall fat and saturated fat than dairy milk and more healthy plant phenol antioxidants.”

There’s a wide variety of plant-based milks in the market, like oat, almond and rice, with varying nutritional quality. Soy might be the strongest dairy-free plant alternative in terms of nutritional profile.

“Some have added refined sugar, which includes ingredients like ‘organic brown rice syrup’, which is less healthy than the natural sugar lactose that’s found in cow’s milk,” Dr Reynolds says. “This means that they can also be higher in high glycaemic index carbohydrates, which can increase blood glucose levels more than lactose. They also have added oils, which are not as healthy as say olive oil, and they’re not suitable as stand-alone milks for children.”

Dr Reynolds says if plant milk and other dairy substitutes are fortified – that is, have micronutrients like calcium added – there might not be a need to supplement in a diet. However, it’s estimated over 50 per cent of Australians aged 2 years and above don’t consume enough calcium and other micronutrients. 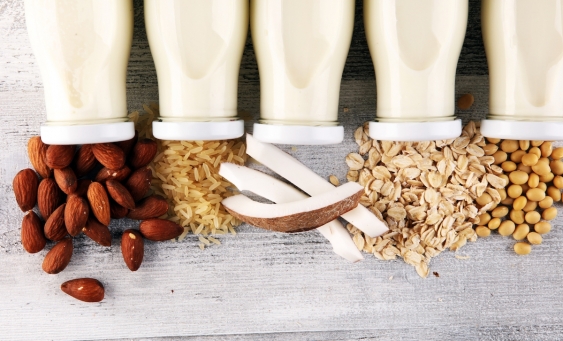 Dairy milk has a better nutritional profile, but some plant-based milks can also be nutritionally rich. Photo: Shutterstock.

The future of plant-based milk

With their rapid rise, A/Prof. Garg expects plant-based milk to become an even more dominant player in the milk market. Perhaps one day, it might even supplant dairy milk in popularity.

“Much of the growth to date appears to be consumer-driven, so I would expect the trend to continue to grow. As these brands continue to scale up their manufacturing and marketing efforts, there’s a huge opportunity for a true milk substitute to emerge and compete with dairy,” she says.

A/Prof. Garg says governments also have a chance to take advantage of the anticipated global demand in the industry.

“People are choosing plant-based milk more and more, and so it would make sense for governments to take advantage of the opportunity to support the production here in Australia,” she says. “It would also still be supporting the Australian agricultural industry, which is an important consideration for some consumers.”

In the short-term, A/Prof. Garg says switching to plant-based milk might not be realistic for everyone because of its high price point.

“We do have an issue with making products such as plant-based milk accessible for everyone. They are more expensive, and some consumers who might want to switch can’t, especially with the cost of living right now where every dollar counts,” A/Prof. Garg says. “It might be something governments need to explore, to help subsidise in the same way they subsidise the dairy industry.”

“Plant-based products, existing animal-based materials and, someday soon, cell-based and blended products improve our food choices,” Prof. le Coutre says. “As we expand our portfolio of products, it enriches the spectrum of offerings in the market to everybody’s benefit.”

“Overall, if you can afford it, buying a plant-based milk fortified with micronutrients like calcium and without added sugar can be a good way to use your consumer power to help the environment and climate change,” Dr Reynolds says.