Opinion Why prolonged grief should be listed as a mental disorder

It’s normal to have recurring waves of grief after the loss of a loved one but prolonged, severe grief requires treatment, writes Richard Bryant. 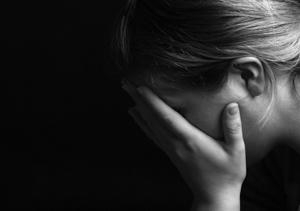 OPINION: Grief is one of the most universal and distressing experiences that humans suffer.

For most people, the emotional pain of losing someone close to them lasts for a relatively brief period. Many studies indicate that by six months after bereavement, most people begin to experience remission of the severe grief response. Waves of grief may come and go for months or years afterwards but these reactions don’t impair or limit a person’s capacity to engage in life’s activities.

In contrast, a proportion of bereaved people (approximately 10% to 15%) suffer persistent grief that can last for many years. Many studies from different countries and cultural settings have documented that severe yearning for the deceased that persists beyond six months is associated with marked impairment and difficulty in engaging with people and in activities.

This is why the DSM-5 has proposed a new diagnosis to represent this condition, known as adjustment disorder related to bereavement. The persistent yearning can be associated with difficulty accepting the death, feelings of loss of a part of oneself, anger about the loss, guilt or blame over the death, or difficulty in engaging with new social or other activities due to the loss. To meet diagnostic criteria, the symptoms must persist beyond six months after the death and affect the person’s ability to function in day-to-day life.

There has been enormous and emotive debate over the extent to which prolonged grief should be recognised as a mental disorder.

Traditionally, the DSM has precluded grief as a diagnostic disorder on the basis that it is “an expectable and culturally sanctioned response to a particular event”. Supporting this line, opponents of the new diagnosis argue that grief is:

Supporting the introduction of the new diagnosis is compelling data that counters these criticisms. First, factor analytic studies demonstrate that the key feature of the grief response (yearning for the deceased) is distinct from anxiety and depression, and they contribute uniquely to the impairment suffered by these individuals.

Third, prolonged grief has been shown across a wide range of cultures, including non-western settings, as well as across the lifespan.

Fourth, and importantly, whereas bereavement-related depression responds to antidepressants, grief reactions do not. In contrast, treatments specifically targeted towards the core symptoms of prolonged grief are effective in alleviating the condition, and more effective than treatments that target depression.

A major issue influencing the introduction of the new diagnosis is the requirement to identify bereaved people in need of appropriate mental health care and to ensure they receive appropriate treatment.

Studies have repeatedly shown that leaving this condition untreated will result in the affected people suffering marked psychological, medical, and social problems. On the premise that up to 15% of bereaved people experience complicated grief, there are over 70,000 new cases of prolonged grief in the United States each year, representing a very significant public health issue.

A common concern is that many people presenting to health providers with grief are misdiagnosed with depression, and prescribed antidepressants. The available evidence indicates this will not assist recovery from prolonged grief.

Several studies have shown that cognitive behaviour therapy (CBT) is an effective intervention for prolonged grief. Cognitive behaviour therapy is a talking therapy that typically gets the person to focus on memories of the death and the relationship in a structured way. They learn more adaptive ways of appraising the loss and their relationship with the deceased, and then develop strategies for re-engaging with other people and activities.

Although CBT does not alleviate all prolonged grief cases, it is the best treatment we currently have available.

The concerns about potentially medicalising grief reactions and over-diagnosis are justified, however the proposed criteria have sufficient safe-guards built in. By limiting the diagnosis to persistent severe reactions that extend beyond 12 months after the bereavement, only a minority of bereaved people will receive this new diagnosis.

Hopefully, people suffering this potentially debilitating condition will now be able to receive the right treatment to allow them to move on with their life.

Professor Richard Bryant is Director of the Traumatic Stress Clinic at UNSW.