There are some very good reasons why some people decline coronavirus testing, which we need to address before jumping to conclusions. 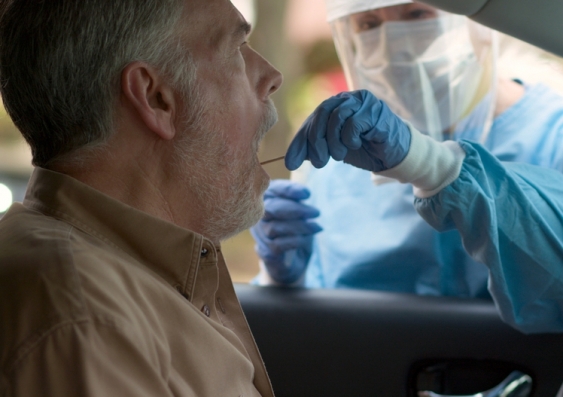 A significant number of people may be reluctant to take a test for COVID-19, for various different reasons. Image from Shutterstock

Last week, outgoing chief medical officer Brendan Murphy announced all returned travellers would be tested for COVID-19 before and after quarantine.

Some were surprised testing was not already required. Others were outraged some 30% of returned travellers in hotel quarantine in Victoria had declined to be tested.

Again, there was outrage. People refusing COVID-19 tests were labelled selfish and rude.

A positive test result, together with contact tracing, gives public health authorities important information about the spread of SARS-CoV-2, the coronavirus that causes COVID-19, in a community.

So why might people at higher risk of a positive result be reluctant testers? And what can we do to improve testing rates?

The many reasons why

Reluctance to be tested for COVID-19 is not unique to returned travellers in hotel quarantine or people living in “hotspot” suburbs.

In the week ending June 28, FluTracking, a voluntary online surveillance system, reported only 46% of people with a fever and cough had gone for a COVID-19 test.

That can be for a variety of reasons.

A medical test result is not a neutral piece of information. People may refuse medical testing (if they have symptoms) or screening (if no symptoms) of any type because they want to avoid the consequences of a positive result.

Alternatively, they might want to avoid the perceived burden of the test procedure itself.

Reasons may relate to potentially losing money or work

Many reasons for avoiding testing are likely to be structural: a casualised workforce means fewer workers with sick leave and a higher burden associated with having to isolate while waiting for test results. After a COVID-19 test in NSW, for instance, this can take 24-72 hours.

Then there’s the issue of precarious work. If people can’t attend work, either waiting at home for test results or recovering from sickness, they may lose their job altogether.

In the case of hotel quarantine, a positive result on day ten will mean a longer stay in isolation. Hotel quarantine is not an easy experience for many, particularly if quarantining alone.

An extension of time at a point where the end is in sight may be a very difficult proposition to stomach, such that avoiding testing is a preferable option.

Another structural issue is whether governments have done enough to reach linguistically diverse communities with public health advice, which Victoria’s chief health officer Brett Sutton recently admitted may be an issue.

Through no fault of their own, may people who don’t speak English as a first language, in Victoria or elsewhere, may not be getting COVID-19 health advice about symptoms, isolation or testing many of us take for granted.

People might fear the procedure or live with past traumas

Reasons may be personal and include fear of the test procedure itself (or fear it will hurt their children), distrust in government or public health systems, and worry about the extent of public health department scrutiny a positive result will bring.

People may also feel unprepared and cautious in the case of door-knocking testing campaigns.

We can’t dismiss these concerns as paranoid. Fears of invasive procedures are associated with past trauma, such as sexual abuse.

People who have experienced discrimination and marginalisation may also be less likely to trust governments and health systems.

COVID-19 can also lead to social stigma, including blame and ostracism, even after recovery.

As with any health-related decision, people usually consider, consciously or not, whether benefits outweigh harms. If the benefit of a test is assumed to be low, particularly if symptoms are light or absent, the balance may tip to harms related to discomfort, lost income or diminished freedoms.

Should we force people to get tested?

Forcing a person to undergo a test contravenes that person’s right to bodily integrity. This is the right to make decisions about what happens to your own body, without outside coercion.

It also involves medical personnel having to override their professional responsibility to obtain voluntary and informed consent.

Some states have indicated they will introduce punishments for refusing testing. They include an extension of hotel quarantine and the potential for fines for people not willing to participate in community testing.

We don’t think forced testing is the way to go. A heavy-handed approach can create an antagonistic and mistrustful relationship with public health institutions.

The current situation is not the only infectious disease emergency we will face. Removing barriers to participating in public health activities, in the immediate and long term, will enable people to comply with and help build trusted institutions. This is likely to create an enduring public good.

Victoria is trying to make testing easier. It is offering a test that takes a saliva sample rather than a nasal swab, which is widely perceived to be unpleasant.

This may encourage parents to have their children tested. The test is less sensitive, however, so the gains in increased uptake may be lost in a larger number of false negatives (people who have the virus but test negative).

Ultimately, we need to understand why people refuse testing, and to refine public health approaches to testing that support individuals to make decisions in the public interest.

To get on top of the coronavirus, we also need to test people without symptoms