UNSW research into fitness trackers reveals consumers should consider where the devices are worn and the activity type they wish to monitor before making a purchase. 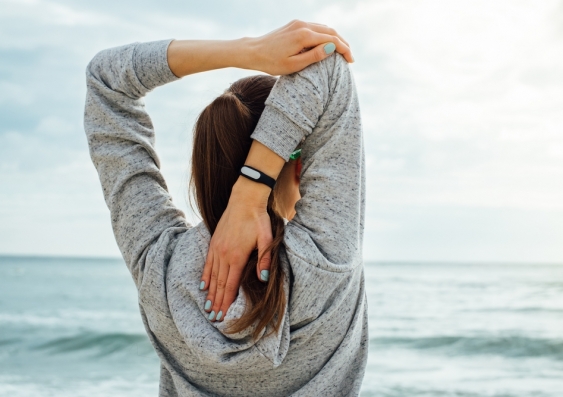 A UNSW study of five popular physical activity monitors, including Fitbit and Jawbone models, has found their accuracy differs with the speed of activity, and where they are worn.

The study tested the step count accuracy of five monitors placed on the body at each of the recommended sites while a person walked, jogged and ran on a treadmill. The monitors were worn at the waist, left wrist and right wrist.

The Fitbit One worn on the waist was the strongest performer across all speeds, while the Jawbone UP24 was the most accurate wrist-worn consumer-based device.

Across all gait speeds, waist-worn devices achieved better accuracy than those on the wrist and for wrist-worn devices, there was no difference between the dominant and non-dominant hand.

“If you’re walking, and would like to wear one of the wrist worn monitors, then the Jawbone may be the better option. If running, there are more to choose from. If you are not a fan of the way the wrist-worn devices look and would prefer the monitor wasn’t seen, then the Fitbit One, when worn on the waist, was accurate across all speeds tested,” Dr Parmenter says.

She says some people used the devices because they had had a heart attack or they had been diagnosed with cardiovascular or another chronic disease where the health recommendations were to walk.

“These people are being very health conscious about their activity levels and want to know that what they are doing on a daily basis is not only enough, but also accurate.

“Most of these people are walking for exercise, and the interesting thing the study picked up was that some of the monitors weren’t as accurate at slower walking speeds. In fact, some undercounted steps by up to 12-13%.”

Dr Parmenter notes the results are based on lab tests only and do not capture everyday activities that fitness trackers also monitor.

The Actigraph accelerometer, Fitbit One, Fitbit Charge HR, Fitbit Flex and Jawbone UP24 were tested in the study, which has been published in the journal Gait & Posture.