Unless new Federal Government changes to hospital funding for avoidable medical complications are implemented alongside other measures, they are unlikely to have much impact, writes Helen Dickinson. 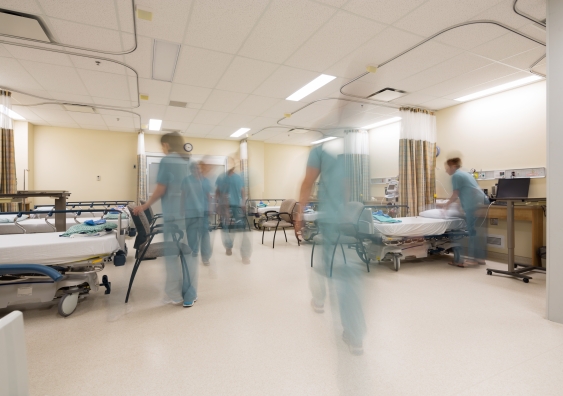 OPINION: The Commonwealth government has just announced a change in the way they fund hospitals, effectively withholding part payment where patients have avoidable complications. The initiative aims to improve the quality of hospital care and reduce overall costs, but without other measures, this probably won’t do much to stop hospital-acquired complications from occurring.

The new plan for hospital funding

Public hospitals are funded by an activity-based system in which they receive money for the services they deliver. Diagnosis-related groups are used to classify hospital episodes of care into a number of codes, which are then reimbursed at amounts set by the Independent Hospital Pricing Authority.

Complications that occur during hospital care, and where there is good evidence these could have been reduced through clinical risk mitigation strategies, are known as hospital-acquired complications. These include things like surgical complications, pressure injuries, falls and health care associated infections.

If you experience a hospital-acquired complication then the complexity of your care is likely to increase and you may stay in hospital for longer. This means the cost of care for this treatment goes up. Estimates suggest where you have a health care associated infection the cost of your care increases by 9%, renal (kidney) failure by 21% and malnutrition by 7%.

So the amount of money the hospital loses is determined using a risk adjustment model. Assessment against a range of characteristics determines whether an episode of patient care is low, medium or high in terms of complexity, and this score is used to determine the funding reduction.

Why this approach is being introduced

It’s estimated that for the years 2014-15 and 2015-16, there were just over 101,000 and over 104,000 cases in Australian hospitals of hospital-acquired complications, respectively. So the money spent on these cases could have been put to other uses across the health system. The Independent Hospital Pricing Authority estimates $280 million will be saved by introducing this policy.

The idea is this scheme will mean hospital managers and staff work harder to ensure they avoid these issues occurring. The scheme is not designed to eliminate hospital-acquired complications entirely – this would be very difficult to achieve in a complex system like a hospital.

But the intention is the threat of losing some funding should drive processes of improvement. The resulting impact for those receiving hospital care can be significant if it means you avoid a significant or traumatic complication that compromises your health.

What could be some of the negative impacts of the approach?

The challenge with this type of approach is we don’t know whether pay for performance works. It’s widely debated, but on the whole hasn’t achieved the expected gains in health effectiveness and safety.

It’s up to hospitals to prevent complications such as pressure sores. Photo: Shutterstock

These types of schemes can also have unintended consequences. They’re extremely costly to run, meaning savings may not actually be made overall. And there are some concerns relating to the maturity and accuracy of the data collected. These types of systems are already operated by some health insurers, where there have been reports of disputes because doctors fear they won’t get paid for their care.

Some hospitals and professionals might engage in gaming, assigning more complex diagnosis groups to patients to mitigate any penalties. Managers and doctors may be less likely to report when an error occurs. Others may try to game the system by choosing patient populations that are likely to produce the greatest financial benefit – younger, healthier and wealthier individuals – suggesting significant equity concerns as a result of these schemes.

What is clear is a funding and pricing approach on its own will not reduce the number of hospital-acquired complications. A cynical view might suggest the amount hospitals could lose might either not be all that significant or could be made up for in gaming.

But more than this, achieving quality and safety in health care is a complex issue. Most professionals do not deliberately provide poor care, or fail to follow clinical guidelines because this would involve more work or they simply don’t feel like it. There are very good reasons relating to the complexity of competing demands of providing high quality care in hospitals. And, these schemes could have profound impacts in terms of equity, producing poorer outcomes for those who are most disadvantaged.

Unless this approach occurs at the same time as other measures, it’s unlikely to make much impact, and could lead to unintended consequences.

Helen Dickinson is an Associate Professor in the Public Service Research Group at UNSW.