Women are catching up with men on their alcohol consumption and its impact on their health, according to international evidence collated by the National Drug and Alcohol Research Centre at UNSW. 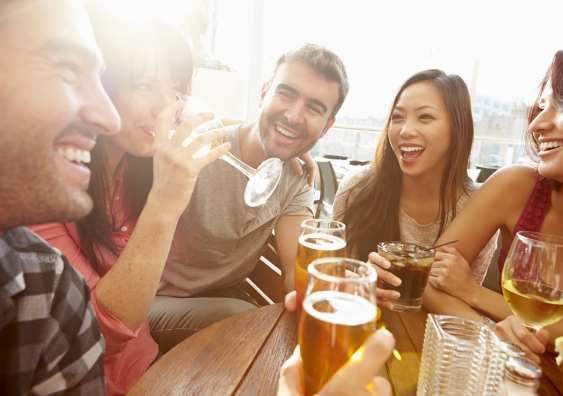 UNSW research has found women are catching up to men in rates of alcohol consumption. Photo: Shutterstock.

Women are catching up with men on their alcohol consumption and its impact on their health, according to new research by the National Drug and Alcohol Research Centre at UNSW.

The trend, known as ‘sex convergence’, is most evident among young adults, according to the study of the international evidence, spanning over a century and published in the online journal BMJ Open.

Historically, men have been far more likely than women to drink alcohol and to drink it in quantities that damage their health, with some figures suggesting up to a 12-fold difference between the sexes. But now evidence is beginning to emerge that suggests this gap is narrowing.

Researchers from UNSW’s National Drug and Alcohol Research Centre pooled data from 68 studies in 36 countries looking at over four million men and women. The studies included data collected between 1948 and 2014, representing people born as far back as 1891, all the way up to 2000.

After taking account of potential mathematical bias in the calculations, the gender gap fell by 3.2% with each successive five year period of births, but was steepest among those born from 1966 onwards.

The calculation used was not designed to address whether alcohol use is falling among men or rising among women, the researchers caution.

But among the 42 studies that reported some evidence for sex convergence, most indicated that this was driven by greater use of alcohol among women, and 5% of the sex ratios were less than one, suggesting that women born after 1981 may actually be drinking more than their male peers, say the researchers.

While they did not set out to explain the reasons behind their observed findings, they emphasise that their results “have implications for the framing and targeting of alcohol use prevention and intervention programmes.”

"We need to ensure that education campaigns addressing the harms of alcohol use are designed to appeal to both men and women. We also need to reduce the attitudinal and structural barriers that get in the way of women seeking treatment for alcohol-related problems," Associate Professor said.

The researchers used the following criteria to inform their data search: lifetime and/or current alcohol misuse or dependence; alcohol related problems; treatment for alcohol issues; and the timeframe of use and the development of related problems.

The pooled data showed that the gap between the sexes consistently narrowed across all three categories of any use, problematic use, and associated harms over time.