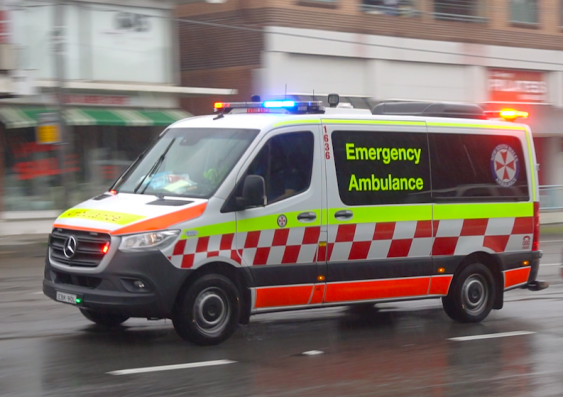 Women with stroke are more likely to arrive at hospital by ambulance. Photo: Wikimedia Commons.

Despite women with stroke being more likely than men to arrive at hospital by ambulance, their care is less likely to follow a smooth pathway of care along the way, researchers from The George Institute for Global Health and UNSW Medicine & Health have found. There was also an age effect, with ambulance staff more likely to miss a stroke diagnosis in women under the age of 70 years than they did in younger men.

In a population-based cohort study, published today in the Medical Journal of Australia, the researchers conducted an analysis of linked Admitted Patient Data Collection and NSW Ambulance data for people admitted to NSW hospitals with a diagnosis of stroke.

“Our study suggests that better recognition of stroke symptoms in women by ambulance staff could ensure the right treatment is started as early as possible and give them the best opportunity for recovery,” she said.

Stroke is Australia's third most common cause of death, with 55,000 people likely to suffer one each year. Treatment is changing thanks to developments in medical research in recent years. There are now more proven options leading to better outcomes for people who have experienced a stroke. But the success of these breakthroughs is often very time dependent, so identifying a stroke even before a patient has arrived at the hospital is critical.

Over 200,000 patients (51 per cent women) admitted to NSW hospitals between July 2005 and December 2018 and subsequently diagnosed as having a stroke were included in the study. About half the patients arrived at hospital by ambulance, with women more likely than men to present this way.

The researchers found that women under 70 years old who went on to be diagnosed as having a stroke were more likely than men to be assessed by ambulance staff as having migraine, anxiety, unconsciousness, high blood pressure, nausea or headache. And they were less likely than men to receive pre-hospital stroke care during their ambulance journey. Yet, there were no differences in the time between the emergency call and emergency department admission.

Senior Research Fellow and Academic Lead of the George Institute’s Global Brain Health Initiative Dr Cheryl Carcel said that missing stroke diagnosis in women could be due to different symptoms, but there was possible implicit sex bias amongst healthcare providers.

“When stroke is not recognised early, delays can have serious consequences,” she said.

“While there aren’t any studies looking at clinician sex bias in stroke, we have evidence from other countries where it is happening in coronary artery disease. Greater awareness among all health professionals about differences in symptom presentation between men and women could help address this bias,” Dr Carcel said.

“In the case of stroke, this is particularly important for ambulance staff, so that women are identified early and treatment is commenced even before they reach the hospital.”