Most people's anxiety about developing Alzheimer’s disease is reduced once they have undergone genetic testing, regardless of whether they have a family history of the illness, Australian researchers have found. 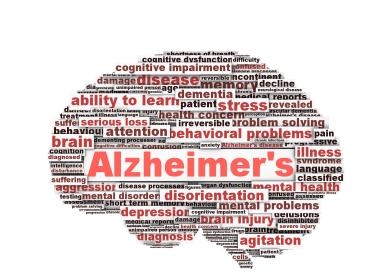 Most people do not develop adverse psychological effects after genetic testing for Alzheimer's disease, regardless of whether the test confirms a risk of developing the illness, Australian researchers have found.

The finding was made after a review of more than 20 years of psychological research by a team including medical scientists from the University of New South Wales.

Lead author, Neuroscience Research Australia’s Professor Peter Schofield, says although testing for late-onset Alzheimer’s disease isn’t currently recommended due to a lack of preventative strategies and treatments, it may be beneficial to know your genetic risk of the disease when making health behaviour changes or long-term care insurance decisions.

“Our review shows that the majority of people experience decreased anxiety and derive other psychological benefits from having greater certainty after genetic testing,” Professor Schofield says.

Professor Schofield says young adults may be aware that their parents have a mutation and early-onset Alzheimer’s disease but don’t see any need for genetic testing until they are ready to have children.

“But some want to know sooner rather than later and if the test is negative they can move on; if positive, they’ll know what the future holds,” he says.

The paper is published in the journal Genetic Testing and Molecular Biomarkers.

Predicting the risk of depressive disorder – promises and pitfalls