Steroid abuse is associated with increased risk of heart disease in otherwise healthy young men, an Australian study of deaths involving the drugs has found. 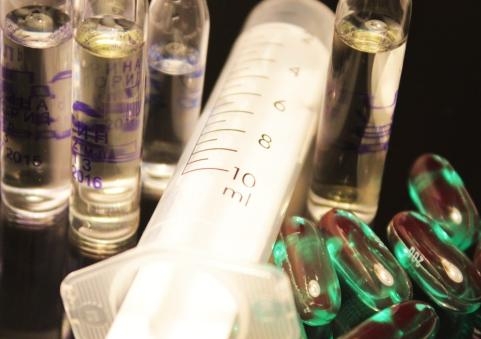 Steroid abuse is associated with increased risk of heart disease in otherwise healthy young men, an Australian study of deaths involving the drugs has found.

Researchers at the National Drug and Alcohol Research Centre (NDARC) at UNSW and the New South Wales Department of Forensic Medicine examined all 24 steroid-related deaths in NSW between 1996 - 2012. Extensive heart disease, including left ventricular hypertrophy and thickening of the arteries, was present in half the cases. This is notable considering the sample comprised exclusively of men aged 22-48 years, with an average age of 32.

Although all the cases showed evidence of steroid use, these were not the direct cause of death. All but one of the sample were polydrug users and accidental drug toxicity accounted for two thirds of the deaths, either alone or in combination with heart disease. Violent deaths – either suicide or homicide – accounted for a quarter of cases.

Lead researcher Professor Shane Darke of NDARC said the findings added to emerging evidence that steroid users are often polydrug users, and that steroid and psychostimulant use may damage the heart.

“Nearly all of the 24 deceased men that we examined in this study showed the classic signs of steroid abuse, such as overdeveloped muscles and testicular atrophy,” Darke said.

“We also found that nearly all of the individuals who had been using steroids together with psychostimulants had a lot of damage to their cardiovascular system. It appears that combined stimulant and steroid use increases a person’s risk of developing cardiovascular disease.

“Ironically many steroid users are also keen health and fitness enthusiasts and this is borne out by our sample, which included personal trainers, body builders and security guards.

“But the vast majority of users are unaware of the health dangers of their lifestyle.

“Cardiovascular disease, particularly in such young people, signifies the very opposite of good health,” Darke said.

He added that many young male users are in danger of reproductive health issues attributable to testicular atrophy.

Toxicology results showed testosterone was the most commonly used steroid among the 24 men. Two thirds of the men were employed at their time of death.

The study Sudden or unnatural deaths involving anabolic androgenic steroids has been published online in the Journal of Forensic Science.

The National Drug and Alcohol Research Centre at UNSW is supported by funding from the Australian Government under the Substance Misuse Prevention and Service Improvements Grants Fund.