Opinion ‘Good government’ gets lost in the pursuit of national security 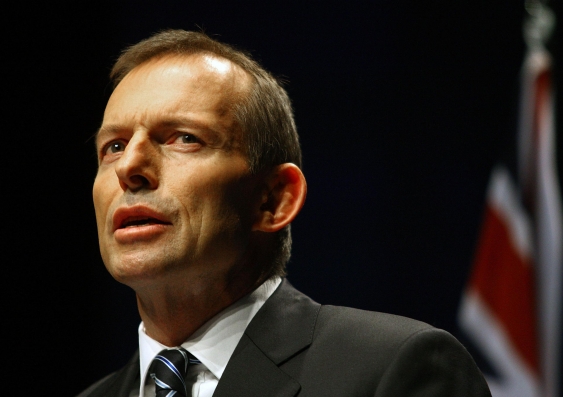 The Abbott government’s expedited passage of national security laws in 2014 demonstrated an underlying disrespect for the legislative process. Image: Thinkstock

OPINION: Prime Minister Tony Abbott has made two key pledges in recent weeks – to begin “good government” and to no longer give “the benefit of doubt” to people suspected of planning terrorist activities in Australia.

If Abbott is serious about these promises, and the return to national security is not a politically motivated diversionary tactic, his government’s 2014 record provides two important lessons for his 2015 legislative agenda in this field.

In 2014, federal parliament passed three pieces of legislation that significantly reformed and expanded Australia’s counter-terrorism laws. The government’s expedited passage of these new laws demonstrated an underlying disrespect for the legislative process.

The short timeframes imposed by the government undermined the ability of parliamentary committees to conduct proper scrutiny and meaningful public consultation, particularly in the area of human rights protection. The Abbott government was able to truncate legislative scrutiny throughout 2014 because, as is common in the national security sphere, Labor offered its bipartisan support for the measures.

The first 2014 bill expanded the Australian Security Intelligence Organisation’s (ASIO) powers to access computer networks, provided it with immunities for “special intelligence operations” and introduced a new offence of disclosing information about such an operation, accompanied by a 10-year prison term.

The government did not follow the Joint Committee on Intelligence and Security’s (JCIS) recommendation that it release an exposure draft of the reforms for extensive public consultation and targeted liaison with the Independent National Security Legislation Monitor (INSLM) and Inspector-General for Intelligence and Security (IGIS). The INSLM post – the independent statutory officeholder tasked with reviewing national security laws – was left vacant for most of 2014.

The government’s attitude to parliamentary scrutiny was similarly poor. The bill was passed within two-and-a-half months of being introduced. The JCIS conducted the only public inquiry on the bill. It initially gave eight business days for public submissions, although it eventually extended that by five days.

This would be the longest time the public was given to provide submissions on any of the bills. Operating under tight government deadlines, the JCIS allowed only six and then eight days for public submissions on the next two bills.

The second bill, the so-called “foreign fighters bill”, was in many respects the most significant. Its measures included the creation of offences for travelling to or remaining in a “declared area” and advocating terrorism, broadening the definition of a terrorism offence, and changing the control order and preventative detention order regimes.

In response to the short timeframes allowed to consider the bill, religious, community, legal and human rights organisations and academics issued a public statement requesting that parliament not pass the bill until there had been an opportunity for further consultation and scrutiny of its measures.

The Senate’s Standing Committee on Legal and Constitutional Affairs performed no role in scrutinising the 2014 bills. An attempt by the Greens to refer the first bill to this committee was defeated. The foreign fighters bill was successfully referred to the committee, but it chose to (in effect) ignore the reference and not issue a report. It did so on the basis that the JCIS was conducting a parallel inquiry.

The parliamentary Joint Committee on Human Rights (JCHR), one of Australia’s flagship human rights scrutiny mechanisms, did not report on the compliance of the first bill with Australia’s human rights obligations until after it had passed both houses. When this committee asked for more information from the government, Attorney-General George Brandis claimed it was failing to perform its duty. In the absence of further information, the committee found a number of the measures incompatible with Australia’s human rights obligations.

A similar pattern emerged with the other bills. The committee reported on the foreign fighters bill a day before it was passed in the Senate. A request for further information from the government went unanswered. Again, the committee found a number of the measures incompatible with Australia’s human rights obligations.

Legislative review in the Senate was also curtailed. Debate on the first bill was brought only a week after the JCIS final report was released. When this debate began, senators had not been provided with a number of the government’s proposed amendments.

Highlighting the rushed nature of legislative review, almost immediately after the enactment of the first bill, Abbott agreed to refer the bill for review by the INSLM.

Legislative responses to terror threats raise particular dangers that individual liberties will be sacrificed in the name of national security. As Australia has no Bill of Rights, its courts have a limited role in scrutinising government and legislative activity for human rights compliance.

This reinforces the importance of parliament’s role in making sure legislation achieves the appropriate balance between defending national security and protecting individual rights. Parliament must be given time to perform this function.

Trust the courts to play their role

The 2014 reforms further reveal an underlying governmental distrust of the courts’ role in interpreting national security laws. Coupled with the laws' rushed passage, this increases the likelihood that legitimate activity, even in the public interest, will be caught within the scope of serious criminal offences.

The first bill introduced the controversial offence of revealing information relating to special intelligence operations. The government rejected suggestions for the inclusion of a public interest defence. This was despite concerns expressed by parliamentary committees, the media and the public that it might penalise – or at the least chill – legitimate reporting.

Brandis explained that such a defence would inappropriately shift power to the judges and juries to determine whether a particular disclosure would harm the public interest. The government overlooked that courts are already asked to make this type of judgement. For example, legislation already requires courts to assess whether the disclosure of certain material in court is likely to be:

… a risk of prejudice to national security.

Brandis did agree to amend the Explanatory Memorandum to confirm that the Commonwealth Director of Public Prosecutions (DPP) must take into account the public interest before initiating a prosecution under the provision. However, such an amendment is glaringly inadequate.

The Explanatory Memorandum is unenforceable. The Commonwealth DPP is already required to consider the public interest when bringing prosecutions. Finally, prosecutorial discretion is not subject to judicial oversight.

The government knows that relying on prosecutorial discretion alone is problematic. The same bill introduced a statutory immunity for ASIO employees or affiliates during special intelligence operations. In insisting on a statutory immunity, the government claimed this was “preferable” to relying on prosecutorial and investigative discretion alone.

If Abbott is honest about a return to good government, we can hope to see more time provided for legislative scrutiny of proposed counter-terrorism laws and constructive responses to parliamentary committee requests for information.

We might also hope to see greater understanding and respect for the courts' role in ensuring the flexible application of legislation to unforeseen circumstances to avoid the potential prosecution of legitimate activity.

However, recent reports indicate that Abbott is continuing to pressure the opposition to pass the remaining counter-terrorism bill before parliament. This would require telecommunications companies to retain customers' metadata. The JCIS is yet to report on the bill, but already serious concerns have been raised about the need for, cost and scope of the bill, particularly given its incursions on personal privacy.

It would appear, then, that Abbott has learnt little about good government in the pursuit of national security.

Gabrielle Appleby is an Associate Professor in the UNSW Law School.