Opinion Abbott draws up new battlelines in the fight over federalism

Stripping the states and territories of $80 billion in federal health and education funding was undoubtedly the biggest surprise in the federal budget, writes Andrew Lynch. 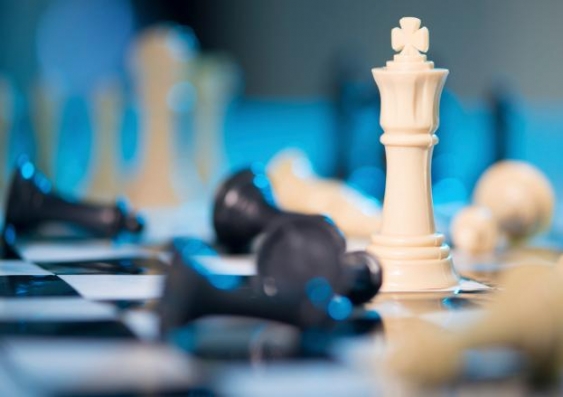 OPINION: When treasurer Joe Hockey detailed his first budget on Tuesday, the announcement that the states and territories were to be stripped of A$80 billion in federal health and education funding agreed to with the previous government was undoubtedly the biggest surprise.

For a government that promised before the election there would be “no surprises”, it sure does keep giving Australians a lot of them. But this is the least of the contradictions illustrated by the axing of Commonwealth funding in these crucial service areas.

Earlier this decade, state premiers railed at the centralisation occurring under the banner of “co-operative federalism” flown by the federal Labor government. There was much talk of the “dysfunctional” nature of the Council of Australian Governments (COAG). There was also a yearning for less agreement and reporting against national benchmarks, and more local control and diversity in the service of “competitive federalism”.

Those complaints were not without foundation. But in the budget’s aftermath, state premiers could be forgiven for having a pang of nostalgia about how good they really had it. It is now apparent that prime minister Tony Abbott’s approach to Commonwealth-state relations is also pretty “competitive”. In fact, try no-holds-barred – the political equivalent of a bout of mixed martial arts.

At the moment, the states are reeling.

After the budget, ABC journalist Simon Cullen was quick to dredge up a passage from Abbott’s 2009 political manifesto Battlelines in which, after pointing out just how much of the Commonwealth budget was spent on health and education, Abbott concluded that nevertheless:

…any withdrawal of Commonwealth involvement or spending in these areas would rightly be seen as a cop-out.

Not only is that sentiment consistent with Abbott’s enthusiasm for a Commonwealth takeover of hospitals when health minister in the Howard government, but it accords with the fundamental stance on the future of the federation which is articulated throughout his book.

At the time of its publication, Battlelines was notable for offering an unqualified case for central power from the conservative side of politics. Abbott advocated constitutional reform that would give the Commonwealth a free hand to intervene in any area of state responsibility as it saw fit. But as journalist David Uren wrote in The Australian earlier this week:

One can conclude, then, that Battlelines is an entirely unreliable resource for those seeking insight into what Abbott actually stands for these days.

Abbott is now committed to a strong division of responsibility between the Commonwealth and the states – at least on the big expensive stuff.

But, in yet another contradiction, the Abbott government is still happy to spend money on projects that have absolutely nothing to do with the national government. The most controversial example is the budget’s allocation of $245.3 million on the school chaplaincy program.

That education minister Christopher Pyne justified the tightening of that scheme to exclude supporting the hiring of social workers and counsellors by schools because the latter are “really the responsibility of the states and territories” just goes to show how highly selective the government is in invoking the federal division of power.

In explaining the decision to tear up the health and education funding agreements with the states, Abbott said:

But is it the sign of a “grown-up, adult government” to take the states and territories so completely by surprise on such a major fiscal and policy reversal? COAG had met just days before the budget was handed down and yet Abbott kept a lid on these plans.

That may be understandable, but Abbott has also rejected calls for another COAG meeting in which the implications of the funding withdrawal could be discussed. Instead, state premiers have been airily informed that they may raise their concerns in the “regular way”.

It is very clear that this is the start of some recalibration of Australia’s federal system. Indeed, it has to be – the states simply cannot afford to cover the shortfall handed them by Hockey. There has been talk of the government “wedging” the states into seeking a rise in the GST, a tax collected by the Commonwealth but distributed entirely to them. That may happen, but it needs unanimity, and opposition has already been signalled by some premiers, such as Victoria’s Denis Napthine.

Then there is the recommendation by the Commission of Audit that the states take a slice of income tax, recapturing some of the ground they lost to the Commonwealth in the dark days of World War Two. Abbott has already given a tepid response to that idea since it would, of course, lessen the Commonwealth’s revenue.

Abbott and Hockey have said this week that wanting the states to pay for their responsibilities in health and education is part of a broader plan to “re-align the Federation”. That’s a major policy challenge of great importance, as the Commission of Audit rightly affirmed.

But nothing we have seen this week could be described as a “grown-up, adult” way of achieving federal reform. Being serious about each government becoming more “sovereign in its own sphere” means matching revenue capacity to responsibilities, not leaving the states with a black hole and seeing what happens next.

The ultimate losers of that strategy are the users of schools and hospitals. And they vote.

Andrew Lynch is a UNSW Law professor and member of the Gilbert + Tobin Centre of Public Law.