With Australia’s main political parties overwhelmingly in favour of indefinite detention for refugees with an adverse security assessment, the High Court offers the final hope for a fair go, writes George Williams. 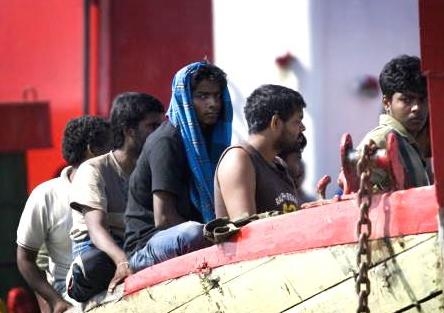 OPINION:  Last week, government and opposition members voted together in Federal Parliament to confirm that refugees subjected to an adverse security assessment by the Australian Security Intelligence Organisation (ASIO) could be detained indefinitely. No reason need be given for their detention, and no challenge can be made to the merits of the decision. This leaves many people and their families stuck in immigration detention without any prospect of release.

ASIO has long been able to deny someone fleeing persecution the right to settle in Australia. This occurs when the organisation finds the person is directly or indirectly a risk to security.

This outcome reflects an important public policy. Non-citizens should be denied the right to come to Australia or to live here if they pose a danger to the community.

ASIO’s power has a reasonable basis, but it must be subject to appropriate checks and balances. The problem here is that the power, as now confirmed by Parliament, can be applied in a way that breaches fundamental principles of justice.

Sri Lanka’s bloody civil war ended in 2009. In its aftermath, people fled to Australia because they and their families faced persecution due to their political beliefs. The Australian government found that many were refugees, but ASIO also determined that about 50 of them represented a security threat.

It was not suggested that these Sri Lankans had committed crimes. If they had, this in itself could deny them refugee status. Instead, ASIO issued each with an adverse security clearance on the basis of unspecified reasons, perhaps because of information suggesting links to the defeated Tamil Tigers.

The result was a legal quandary. These people could not be returned to Sri Lanka because they had a well-founded fear that they might, for example, be tortured. On the other hand, they could not settle in Australia because ASIO had identified a security risk. The finding also meant no other country would take them.

The Labor government decided these people should be detained. This has now occurred for more than four years, and has been applied not only to adults, but also to their children. They have been held in legal limbo on the basis of an adverse security assessment they have never seen. No opportunity has been given to respond to the information put against them.

The result is an injustice, and an affront to the rule of law. Detention can be justified, but not in these circumstances. It is dangerous for any government to have the power to deny a person their liberty on the basis of unsubstantiated and untested information. The problem is magnified here because the detention can last for the rest of a person’s life.

This causes unimaginable mental anguish, and several detainees have attempted suicide. The UN Human Rights Committee held that the scheme constituted cruel, inhuman or degrading treatment, and was unlawful under international law.

The regime has also been challenged in the High Court. In 2012, a detainee succeeded on the narrow basis that the government regulation supporting the scheme had been improperly made. This identified a defect with the scheme, but did not require his release.

In response, the Gillard government refused to make significant changes. Instead, it appointed former Federal Court judge Margaret Stone to review periodically ASIO’s adverse security assessments. Her findings have shown that these assessments are far from foolproof. Some have been set aside, including one involving a mother and her child. Despite this, the Abbott government has said it will terminate her reviews.

It has taken Parliament a long time to respond to the 2012 High Court decision, but it finally did so last week. With bipartisan support, the migration act was amended to entrench the idea that refugee status is to be denied to anyone subject to an adverse security assessment. It also incorporates the rule that such assessments cannot be reviewed by an independent tribunal.

This will no doubt lead to another showdown in the High Court. It will be difficult to find any technical defect with the scheme, and so lawyers will need to attack it head-on by saying the constitution does not permit indefinite detention.

This argument would no doubt succeed in other countries. In Australia, it has already been rejected. In 2004, in a case called Al-Kateb, the High Court found the constitution permitted an asylum seeker to be held indefinitely. Justice Michael McHugh declared the result to be "tragic", but said no such protection existed in the absence of an Australian bill of rights.

The decision in Al-Kateb has long been criticised, and this may provide a good opportunity for it to be revisited. With Australia’s main political parties overwhelmingly in favour of indefinite detention without reasons being given or the prospect of review, the High Court offers the final hope that these people will be given a fair go.