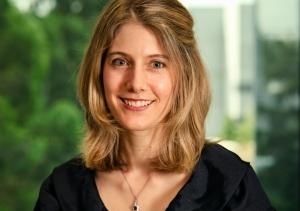 OPINION: Julian Assange's request of Ecuador for political asylum is premature and legally baseless. Assange oddly claims that Australia has abandoned him, and that he is at risk of being sent to face the death penalty in the US.

Asylum is an ancient protection that originally gave sanctuary in churches to people (including criminals) fleeing lynch mobs. It was later offered by embassies to those escaping for political reasons. It pre-dates modern refugee status and is particularly favoured by Latin American countries. It was also used by the West during the Cold War and surfaced recently when Chinese dissident Chen Guangcheng fled to the US embassy in Beijing.

The origins of asylum hint at its purpose to give urgent protection to a person at imminent threat of political persecution by the country in which they are present.

There are four key reasons Assange's asylum request is legally doubtful. First, there is no imminent serious threat to Assange from the British authorities, such that sanctuary in Ecuador's embassy is necessary to protect him. Assange has been living safely in an English country house. Asylum in embassies is not permitted simply to escape legitimate legal proceedings before the courts.

Second, there is no imminent prospect of Assange being returned to the US to face charges carrying the death penalty, whether from Britain, Sweden or Australia. The US has not laid criminal charges, or sought his extradition, as confirmed recently by the US ambassador to Australia.

Third, the WikiLeaks investigations in the US have so far focused on charges of espionage and disclosing official secrets, particularly by Bradley Manning.

If charges such as these were later confirmed against Assange, any extradition request of Sweden or Australia would likely fail thanks to the protections of extradition law.

For many centuries, democracies have refused extradition for political offences. Political offences are crimes against the political system of another country and typically include espionage, treason, treachery, rebellion and sedition. Extradition has long been refused on the basis that one country should not interfere in the political affairs of another, for instance by taking the side of a government in helping it to prosecute its political enemies. The extradition treaty between Australia and the US expressly prohibits extraditing political offenders.

The law recognises that it is not the job of Sweden or Australia to protect US secrets or to help suppress those who leak or publish them. The only exceptions to the rule are for violent crimes against government officials or terrorism, which are extraditable, but neither is alleged against Assange.

Australian and Swedish extradition law would likely protect Assange from a US extradition request where the charges are essentially political. The situation might change if terrorism charges were laid, for instance under the US's broad crime of "material support" for terrorism.

Fourth, even if charges were not seen as political, Assange would benefit from other protections. Neither Swedish nor Australian law permits a person to be extradited to a country to face the death penalty. It is also forbidden under a human rights treaty signed by Australia, Sweden and Britain.

When Australia extradited Gabe Watson to the US for allegedly murdering his wife while scuba diving - he was acquitted - Australia sought and received legal guarantees that the death penalty would not be applied. US assurances against the death penalty are respected in practice.

Where a country refuses to give an assurance, by law Australia could not extradite.

Admittedly, the law does not always operate perfectly.

After the September 11 attack Sweden returned a suspected terrorist to Egypt after the Egyptian government promised not to torture him. Egyptian security forces promptly inflicted electric shocks on him. The UN found that Sweden violated international law by returning him to torture.

While there is always a risk of the law going wrong, the legal systems of Sweden and Australia work reasonably well most of the time. Under current law, the chance of either sending Assange to the electric chair or lethal injection in the US is next to zero.

If Ecuador granted asylum where Assange has no reasonable fear of imminent political persecution, it would be an abuse of the institution of asylum. It would lead to inevitable speculation that Assange is not seeking to stay free to fight the good fight for global freedom of information, but is attempting to evade questioning on alleged sex crimes.

Ecuador's motives are also suspect. In 2010 Ecuador offered residency to Assange, but not as an offer of asylum. A leftist Ecuador obviously sees political advantage in irritating the US. If Ecuador's embassy in London gave him unjustified asylum, Britain would not be required to permit Assange's safe passage out of the country. But neither would Britain be entitled to retrieve Assange from the embassy to effect his extradition to Sweden, since embassies are legally inviolable.

At most, Assange could look forward to living in the embassy for the rest of his life, at least until Ecuador tired of feeding him.