Australia tears up UN treaty with treatment of asylum seekers

Australia has an obligation to ensure refugees are not returned to territories where they face persecution, torture, or other cruel, inhuman or degrading treatment, writes Jane McAdam. 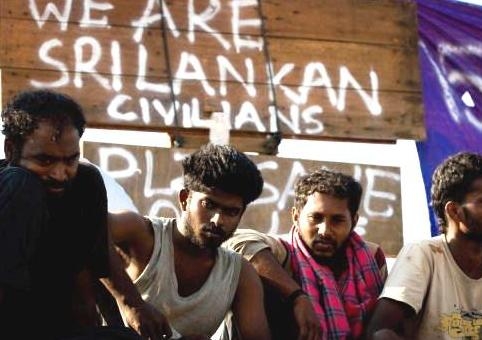 OPINION: Under international law, Australia has an obligation to ensure people are not exposed to refoulement. This isn’t something forced upon us by the UN, but a commitment we made voluntarily.

The principle of non-refoulement means that Australia is prohibited from returning people to any territory where they have a well-founded fear of persecution for reasons of race, religion, nationality, political opinion, or membership of a particular social group.  Australia is also prohibited from returning people to where they face a real risk of being arbitrarily deprived of life, subjected to the death penalty, tortured, or subjected to cruel, inhuman or degrading treatment or punishment.

Australia’s duty arises by virtue of our ratification of a range of treaties, including the 1951 Refugee Convention, its 1967 Protocol, the 1966 International Covenant on Civil and Political Rights (ICCPR) and the 1984 Convention against Torture and Other Cruel, Inhuman or Degrading Treatment or Punishment.  This obligation extends to any place where Australian officials exert control over asylum seekers – whether within Australian territory, in another country, or on the high seas.

In order to ensure that asylum seekers are not exposed to refoulement, they must have access to a fair and rigorous status determination process.  Even though the Refugee Convention does not stipulate how refugee status determination should take place, UNHCR’s Executive Committee (which includes Australia) has set out minimum standards that countries should observe.

International standards require that individuals have access to legal advice and representation; access to up-to-date, authoritative, and public country-of-origin information; written reasons for decisions; and an opportunity for appeal on matters of fact and law.  Decisions that have been made according to such practices are defensible and can withstand public scrutiny and questioning, whereas decisions that have (or which appear to have) been made without proper regard to due process and impartiality remain open to criticism.  Numerous Executive Committee conclusions emphasise that UNHCR should be given access to asylum seekers.  Above all, asylum seekers must not be subjected to treatment that is cruel, inhuman or degrading.

Subjecting asylum seekers to cursory screening interviews on boats, as Australian officials did last week, cannot meet these procedural guarantees.  The brevity of the interview, coupled with the absence of legal assistance and absence of any right to appeal, means that relevant claims may not be identified.  This means there is a real risk that Australia will violate its substantive obligations under international law if it returns asylum seekers before a full evaluation of their claims.

Furthermore, asylum seekers often suffer from trauma and are unable to recount their experiences lucidly, especially in the short timeframe of an interview.  It takes time to build up trust and share immensely personal details.  Sometimes, an asylum seeker will not appreciate what kind of information might be crucial to their claim.  Often, the decision-maker will not have sufficient information before them. All these concerns are heightened where processes are curtailed.

The right to seek asylum, when read in conjunction with the right to freedom of movement and the totality of rights protected by the Universal Declaration and ICCPR, implies an obligation on countries to respect the individual’s right to leave his or her country in search of protection. Thus, countries that impose barriers on individuals seeking to leave their own country, or that seek to deflect or obstruct access to asylum procedures, may breach this obligation and, more generally, demonstrate a lack of good faith in implementing their treaty obligations.

Further, holding asylum seekers on vessels without permitting them to contact lawyers or others amounts to incommunicado detention.  International law prohibits countries from detaining people without access to legal representation or the courts.

Countries do not have an unfettered sovereign right to frustrate the movement of asylum seekers.  Any measures of immigration control must be exercised proportionately and within the confines of international law.  This applies not only to refugees within a country’s own territory, but also those subject to enforcement action outside its territorial jurisdiction.  It requires countries to ensure that refugees are not returned in any manner to territories in which they face persecution, torture, or other cruel, inhuman or degrading treatment or punishment; and, if sent elsewhere, that they have access to protection and durable solutions.