Australia’s asylum seeker debate has been hostage for too long to sloganeers looking to score political points, writes Jane McAdam. 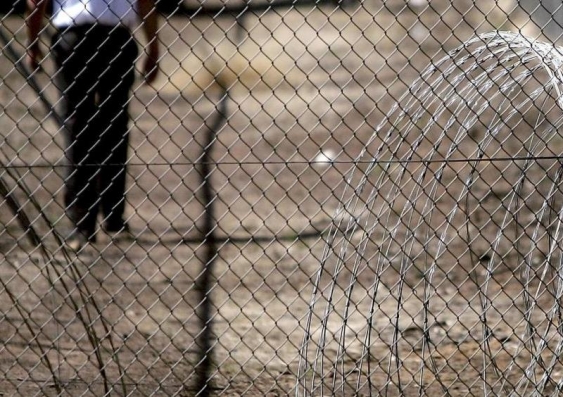 OPINION: At the heart of Australia’s hardline approach to asylum seekers is a fundamental misconception – the assumption that draconian measures will deter desperate people. And on top of such flawed logic many a politically expedient myth has been built.

Research shows that the details of a country’s asylum policy, including deterrence mechanisms, have little influence on an asylum seeker’s choice of destination.

Hazaras from Afghanistan, for example, told British researchers that they understood the risks of engaging people smugglers and travelling by boat to Australia, but given the threat of persecution by the Taliban and general insecurity in their own region, “the cost benefit analysis clearly favours clandestine migration.”

Since every choice an asylum seeker makes involves risk, it is unsurprising that threats of detention or offshore processing don’t necessarily deter in the way policymakers might anticipate.

We also know this from our experience of the previous policies on which today’s harsh responses are based. As former Australian prime minister Malcolm Fraser has observed, “No amount of deterrence can match the terror from which those who are genuine refugees are fleeing.”

But alarmed Australians have another myth to turn to – the myth that most asylum seekers arriving by boat are not genuine refugees anyway, but economic migrants looking for a better life. The facts simply do not bear this out. Statistics published by the Immigration Departmentshowed that over 93% of boat arrivals in 2011-12 were Convention refugees.

Still, Australians might then chastise these genuine refugees for “queue jumping”; that is, not waiting their turn in camps vaguely imagined by Australians to be conveniently available elsewhere in the world.

Australia sets an annual refugee quota of 13,750 places. There are 6,000 resettlement places set aside for refugees from overseas who have been recognised by the United Nations High Commission for Refugees (UNHCR) as in need of protection. This number is not affected by the number of refugees who arrive in Australia spontaneously. There are also 7,750 places in Australia’s "special humanitarian program"; these are the places that can be filled by asylum seekers who arrive by boat or plane.

Australia is the only country to process refugees in this way. This dual system is an invention of the Australian government and is not premised on anything in the Refugee Convention. Nor does UNHCR’s resettlement process operate like a queue, but more like a triage system which enables the most urgent cases to be dealt with first and over which destination countries such as Australia have no influence.

Unfortunately, Australians come to the asylum seeker debate burdened by historical myths. As an island nation, we’ve long suffered from a disproportionate anxiety about being invaded by sea from the north. There were, for example, our national fear of the "yellow hordes" of Asia from the mid-19th century, then the falling "dominos" of Communism during the Vietnam War era and the Cold War.

The Abbott Government’s Operation Sovereign Borders suggests Australia is facing a "border protection crisis" so serious that it’s nothing short of “a national emergency”. According to the policy, “[t]he scale of this problem requires the discipline and focus of a targeted military operation”.

Yet as former chief of Australia’s defence force, Admiral Chris Barrie, has noted, asylum seekers “are not our enemy. They’re not attacking Australia … Defence is to deal with our enemies.”

When we unpick the facts from the political myths, we start to see a very different picture.

In 2012 Australia received 17,202 asylum seekers by boat, its highest annual number, but only 1.47% of the world’s asylum seekers. In the same period, we accepted 190,000 immigrants – not refugees – through our skilled and family migration scheme. And while many Australians genuinely abhor recent atrocities inside Syria, for example, we are not lining up to offer refuge to more than a token share of the two million Syrians currently displaced. Meanwhile, Syria’s neighbours – Lebanon, Turkey, Jordan and Iraq – are hosting the vast majority of refugees, thought now to comprise up to 25% of Lebanon’s total population.

Australia’s asylum seeker debate has been hostage for too long to sloganeers looking to score political points. This week the Andrew and Renata Kaldor Centre for International Refugee Law will be launched at UNSW. Our goal is to pursue the evidence-based research we need to turn a divisive race to the bottom into a well-informed public and policy debate.

Jane McAdam is Scientia Professor of Law and the founding director of the Andrew and Renata Kaldor Centre for International Refugee Law at UNSW.

This op-ed, published in The Guardian, is an excerpt of Professor McAdam's keynote address delivered today at the Centre's launch.