The states and territories can enact a same-sex marriage law. The constitutional question is whether such a law is inconsistent with the federal Marriage Act, writes George Williams. 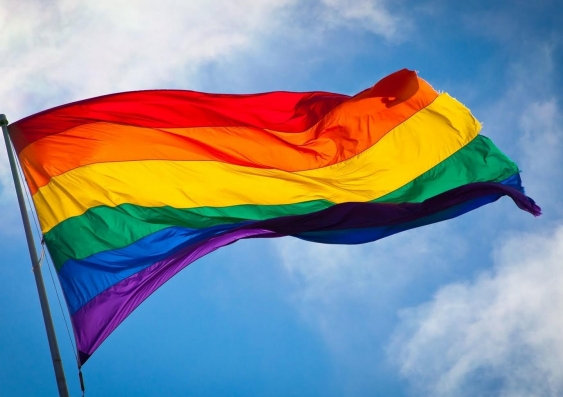 OPINION: The ACT is set to pass Australia's first same-sex marriage law. Its Marriage Equality Bill will be debated on Tuesday, and a Labor-Greens majority in the ACT Legislative Assembly means it is certain to pass.

The celebrations will be cut short though by a federal constitutional challenge. Attorney-General George Brandis may even seek a High Court injunction to prevent the law coming into operation. This would frustrate the hope that same-sex couples from around Australia could come to Canberra to be married before Christmas.

The federal and ACT governments are expressing confidence that the High Court will decide their way. Both cannot be right, but such optimism is not surprising. People rarely go into High Court litigation playing down their chances, and on this occasion good arguments can be put either way.

Same-sex marriage has often been litigated in other countries. Last year, the US Court of Appeals found a Californian ban on same-sex marriage was unconstitutional under the US Bill of Rights. It said the ban ''serves no purpose, and has no effect, other than to lessen the status and human dignity of gays and lesbians in California, and to officially reclassify their relationships and families as inferior to those of opposite-sex couples''.

Such arguments will not be raised in the High Court. Australia is alone among democratic countries in not having a bill of rights, and so the focus will instead be on federalism.

Marriage is a shared responsibility between the federal government and the states and territories. All existing marriage laws are federal laws, but this has not always been the case. Up until 1961, there were no federal marriage laws, and the area was the sole domain of the states.

The states and territories can enact a same-sex marriage law. The constitutional question is whether such a law is inconsistent with the federal Marriage Act.

A system that provides for shared responsibility needs a way to resolve conflicts and disagreements. This is set out in section 109 of the constitution, which says that in the event of inconsistency between a state and federal law, ''the latter shall prevail, and the former shall, to the extent of the inconsistency, be invalid''.

This section does not apply to the territories, but a like provision was imposed on the ACT when it gained self-government in 1988. The wording of its clause is narrower than section 109. This gives rise to an argument that inconsistency is less likely to arise between a federal and territory law, as opposed to between a federal and state law.

The ACT's argument in the High Court will rest upon this distinction, and the hope that the High Court will take a more lenient approach to its laws. It has a strong starting point, but has adopted a risky path when it comes to the drafting of its bill.

The ACT Marriage Equality Bill permits any two people to marry who cannot now do so under federal law. It fills in the gaps not covered by federal marriage law, and so will authorise not only same-sex people to marry but also transgender and intersex people.

The same-sex marriage bills drafted in Tasmania and NSW adopt a more cautious approach. They are less broad in only applying to same-sex couples. Rather than seeking to fill in the gaps left by federal law, they create a new type of same-sex marriage under state law.

The distinction between the ACT and state bills may seem slight, but it could prove significant in the High Court. Constitutional cases routinely turn on points as fine as this.

The state approach was examined in an advice released last Friday by leading barrister Bret Walker, SC, and other members of the bar. They concluded the states would avoid inconsistency with the federal Marriage Act.

By contrast, the ACT law could be struck down because of its broader approach. Fortunately, the ACT government has now recognised this. It announced on Monday it will amend its bill in the Legislative Assembly on Tuesday. This needs to bring the bill into line with the more cautious state drafting. Such a pragmatic approach would improve its chances in the High Court.

If the ACT law is upheld, the door will open for like laws around the nation. If it is struck down, some of the considerable momentum built up by same-sex marriage campaigners will be blunted.

A High Court loss will not end the debate about state same-sex marriage laws, but it will make it more difficult to convince state parliamentarians to also make the attempt. This will be so even though a state law might survive where a territory law is struck down, due to uncertainty about the reach of the federal marriage power in the states. In these circumstances, there would be a renewed focus on the prospects of change at the federal level.

Professor George Williams explains why a state same-sex marriage law could come with its own set of challenges.

Right, you lot, it's time we seceded