Schools' fears of litigation are behind bans on “risky” playground activities like cartwheeling. But are they justified, asks Prue Vines. 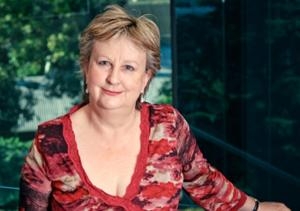 A few schools have hit the headlines recently for banning traditional playground activities like cartwheels, handstands, ball games and even high fives.

Parents are rightly objecting to the bans, and pointing to the increasingly litigious society we live in. They say the schools are fearful of being sued, and even more fearful they might be sued successfully.

But are schools' fears well-founded?

No lawyer could ever give a 100% guarantee of not being sued. But the perceptions that we live in an increasingly litigious society have no foundation in reality.

For the past ten years, since tort reforms came into force, rates of litigation have dropped in all Australian jurisdictions. Even before the reforms, litigation rates were steady rather than increasing, and had been so for some years.

To add to the confusion the tort reform legislation – called different names in different jurisdictions – added significantly to the difficulty of suing for personal injury.

In NSW in particular, suing schools became much more difficult especially when a recreational activity was involved that is not compulsory – like running, jumping and doing a headstand in the playground. Under the Act, it’s very easy to give a warning which exempts the school from liability. If this provision doesn’t apply there are other sections which make it harder to sue.

The big problem for schools has traditionally been the rule that schools owe a non-delegable duty to their students to see that reasonable care is taken, which may (but probably does not) import a higher standard of care. Even this has been affected in NSW and Victoria by the new rule that non-delegable duty has to be treated like vicarious liability.

Vicarious liability arises when an employee (or other agent) does something wrong which is connected to their work. In such cases the employer would have to pay their damages – that is they are vicariously liable for their employee.

In the other jurisdictions the difficulties are not quite so great, but the tort reform process significantly reduced the ability of plaintiffs to sue in all jurisdictions.

It is worth repeating that even before these reforms had come into play the rates of litigation were steady and success for plaintiffs had been reduced for some time. This was because the High Court had decided that what is “reasonable” should be given greater scope.

Negligence is established when the defendant did not act like a “reasonable person” in the circumstances. The courts have often rejected liability in cases where students have been injured in the playground – recognising that it is impossible to watch every child every moment.

For example, in the 2005 Hadba case a child was injured when other children pulled her off the flying fox in the playground. This occurred while the teacher on duty was facing away from the play equipment.

There was no evidence of any particular discipline problem. The school had a “hands off rule” which applied when children were using the flying fox. The accident occurred when the supervising teacher was momentarily distracted by activities in another part of the playground – for about 30 seconds.

Two children (neither of whom had previously breached the hands off rule or been discipline issues) grabbed the plaintiff by the legs and she fell, landing on her face.

The court decided that the school’s well-established rules about the use of the equipment and the policy of supervision in the playground were sufficient. The momentary distraction of the teacher was not sufficient to be inadequate. The court also thought that extra teachers supervising to guard against this would be unreasonable and the school was not liable.

So for schools, it’s worth noting that if supervision is inadequate liability may ensue, but where supervision is adequate together with clear instructions about behaviour, or where the injury would have occurred even with greater supervision, the school is likely not to be liable.

So why is there such a perception of massive litigation and such fear of risk in the school playground?

It is ironic that even before the tort reforms the courts had reversed the trend of pro-plaintiff litigation and defendants were winning 75% of cases of personal injury allegedly caused by negligence.

Other reasons for the perception may be that schools will not tolerate any risk of litigation – more broadly part of our risk-averse culture.

The media, too, is likely to give prominence to any case where there is a successful suit, but won’t report every incident where harm is suffered but there is no litigation or it is unsuccessful – skewing perceptions further.

The test for negligence is reasonable behaviour in the face of the foreseeable risks. This has been the test since 1932, although a stronger emphasis on personal responsibility has existed since the late 1990s.

There are risks in the playground. But a school is not regarded as negligent simply because an activity carries risk.

The question is what a reasonable response to that risk is. When schools consider this, it is important to consider that another foreseeable risk is that of obesity and heart disease caused by a lack of physical activity by children when at school.

If it is the fear of litigation which is driving these bans, it is not based on the legal reality. As I said earlier, no-one can be guaranteed 100% freedom from litigation, but it seems that the fear is disproportionate to the actual risk.

Prue Vines is a professor of law at UNSW.