The fact that Barclays' misconduct was reported to the bank’s compliance department but ignored suggests an amoral culture within the bank, writes Justin O'Brien. 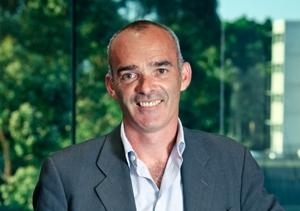 OPINION: The sense of frustration and despair within the British government and regulatory agencies over the behaviour of Barclays in submitting patently false returns to the London Interbank Offered Rate (LIBOR) panel that sets global interest rate benchmarks is palpable.

The avuncular Business Secretary, Vince Cable, spoke of the need to clean up what he termed the “cesspit of British banking”. The Governor of the Bank of England, Mervyn King, accused the bank of “deceitful manipulation”. The scandal, he said, provides evidence that “something went very wrong with the UK banking industry and we need to put it right”. Perhaps the most telling reflection, however, came from Lord Adair Turner, the outgoing chairman of the Financial Services Authority, which is itself to be disbanded as a consequence of prior failure to police the market. For Lord Turner, quoted in the Financial Times, the manipulation revealed a “degree of cynicism and greed which is really quite shocking…and that does suggest that there are some very wide cultural issues that need to be strongly addressed”.

The disclosure and settlement derives from a joint transatlantic investigation into how the LIBOR rate is calculated and whether conflicts of interest meant that it was prone to manipulation. The investigation is being conducted by the United Kingdom’s FSA in conjunction with the United States Department of Justice and the Commodities and Futures Trading Commission (CFTC) with the assistance of the Securities and Exchange Commission.

Barclays has agreed to pay $US200m to the CFTC, $160m to settle related charges brought by the Department of Justice and $93.2m to the Financial Services Authority. The cumulative fines – the largest imposed on a bank since the financial crisis began – reflect the fact that the manipulation did not simply predate the crisis but continued throughout it. As noted by Tracey McDermott, the head of enforcement at the FSA, this was not the result of a single mistake. Rather, “Barclays’ misconduct was serious, widespread and extended over a number of years…This was possible because Barclays failed to ensure it had proper controls in place. Barclays’ behaviour threatened the integrity of the rates with the risk of serious harm to other market participants.”

It would appear, however, that Barclays was not acting alone. In an exceptionally revealing statement, the Department of Justice notes that “to the bank’s credit, Barclays also took a significant step towards accepting responsibility for its conduct by being the first institution to provide extensive and meaningful cooperation to the government. Its efforts have substantially assisted the Criminal Division in our ongoing investigation of individuals and other financial institutions in this matter.”

This sends an ominous signal that the scandal is far from over.

The Department of Justice has used similar tactics in a range of high profile cases, including the infamous price-fixing scandal involving the auction houses Christies and Sothebys in 2001. In that case, however, Christies availed of the leniency program and evaded financial penalty. The fact that Barclays had to pay what the Department of Justice refers to as a “substantial price” suggests the cooperation – although in itself substantial – was both late and insufficient to compensate for the egregiousness of the offence, as laid out in the Principles of Federal Prosecution of Business Organizations. These principles include the pervasiveness of wrongdoing within the corporation, the corporation’s history of similar misconduct, including prior enforcement action.

Although the Department of Justice has agreed not to prosecute Barclays, the non-prosecution agreement does allow for the future prosecution of individuals, including employees of the bank. Furthermore, it is conditional on the bank continuing to cooperate not only with the Department but with any other US enforcement agency. Should the bank fail to comply with the terms of the agreement, the adjudication of which is at the “sole discretion” of the Department of Justice, it is subject to immediate prosecution for a range of offences, including perjury and obstruction of justice. This suggests the evidence of misconduct is exceptionally strong.

By cooperating, Barclays has made a rational calculation. The reputational damage will, however, extend far beyond the 15% share fall since the disclosure last Wednesday. The chief executive, Bob Diamond, has determined to try to ride the crisis out rather than following the lead of the bank’s chairman, Marcus Agius, who resigned on Monday, citing his responsibility to uphold the reputation of the bank. The phrasing is rendered even more curious given the fact that at the time of the manipulation of the dollar and euro interest rates Diamond was in charge of the unit involved.

Changing or charging individual executives will not, however, change the culture – either within Barclays or the wider banking sector. The fact that the misconduct was reported to the bank’s compliance department and was ignored suggests an amoral culture within the bank. It demonstrates, yet again, that unless compliance is linked to warranted commitment to high ethical standards, it is meaningless.

Restoring integrity to the banking system necessitates building integrated accountability systems that are subject to ongoing external evaluation. The non-prosecution agreement is a start; but it is only a start.

Effective reform requires a cleaning of the “cesspit”, which can only occur if there is acceptance within the industry of systemic ethical failings. That in turn requires a far-reaching inquiry on what should constitute the moral foundations of market integrity.

Just as the phone hacking scandals in the United Kingdom prompted judicial inquiries in both Australia and the United Kingdom into media ethics, there is a similar need to establish the parameters of acceptable practice in banking. The prosecutorial leverage provided by the Barclays admission of wrong-doing suggests and future revelations will increase the possibility of it occurring – if only to protect the industry from itself.

Professor Justin O’Brien is director of the Centre for Law, Markets and Regulation at UNSW