Opinion The beginnings of something big

The Asian Infrastructure Investment Bank is the beginning of a second international economic architecture, and Australia should and must be involved, writes Ross Buckley. 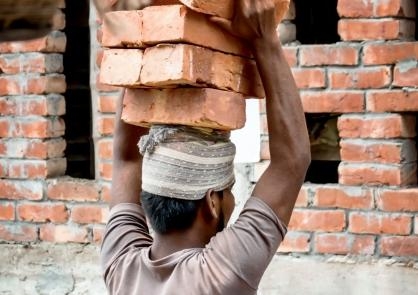 OPINION: Last Friday China launched a new development bank, its second this year. The Asian Infrastructure Investment Bank (AIIB) is to have an initial capital of $50 billon, most of which will be provided by China. Headquartered in Beijing, its members comprise 20 Asian nations, including India, but not Japan, Australia, or Indonesia. This is despite Australia being invited, and early indications that we were interested in joining. Our change of mind has come about after lobbying by the United States. The US is strongly opposed to this initiative.

The AIIB aims to fund the construction of roads, railways, power plants and other infrastructure. It is estimated Asia will need about $1 trillion a year of infrastructure spending in the next decade.

Earlier this year the BRICS nations - Brazil, Russia, India, China and South Africa - launched the New Development Bank, initially known as the "BRICS Development Bank."It is to be headquartered in Shanghai. The new bank will initially be headed by an Indian, with a Russian to chair the board of governors and a Brazilian to chair the board of directors. China again will provide the deep pockets. China knows that while leadership changes over time, location does not, and location matters more than leadership. The IMF and World Bank have both been heavily influenced by US economic thinking, because of their proximity  to the US Treasury in Washington DC, and notwithstanding the head of the IMF always being European. The fact both of these banks are headquartered in China really matters.

It is one thing to support the US in its wars as a means of expressing solidarity with our American cousins and striving to reinforce the strength of the alliance. It is another thing altogether, and deeply counter-productive, for us to always do what the US wants.

John Howard and George W. Bush were great friends but when President Bush unwisely and unconditionally committed the US to defend Taiwan against any threat from China, John Howard quickly distanced us from any such assurance. Even more so in the economic realm, this government should put Australia's interests first and join the AIIB.

The main reason we should join is that China is underplaying the significance of these two new development banks being formed in the one year. This is the beginning of a new and parallel global financial architecture, with which Australia should be as engaged as possible. We cannot prevent these developments. We should not want to prevent them. Regional growth in infrastructure is great news for our architects, engineers, construction and mining companies. But we need to be in the tent having our say, not peering in forlornly from outside like a friendless child.

Moreover, the new banks will grow. The initial capital of each is $50 billion. Most analysts compare this to the World Bank's capital of $223 billion and the Asian Development Bank's of $175 billion and conclude the new banks are not competitors. However, in all things China proceeds incrementally. The plans are to increase each new bank's capital to $100 billion over time; and China will see these two banks as operating in tandem. A joint institution with $200 billion in capital is certainly a competitor – and they will have far readier access to further capital than the existing institutions. China today has the world's deepest pockets.

The history here is also interesting. In 1997 Japan proposed to fund an Asian Monetary Fund in response to the Asian crisis. China was undecided. But the US was opposed and that opposition thwarted the initiative. How our region has changed. The US is equally opposed to the AIIB, but China has shrugged and done it anyway.

Many analysts see these developments as arising from China's inability to shape the existing financial architecture. But in truth China hasn't really tried: it doesn't fundamentally accept the current architecture. It is more interested in developing its own parallel system and these two new development banks are the institutional beginnings of such a system. The US is opposed because these institutions will enhance the global reach and influence of China, precisely as the World Bank has long done for the US.

There is also something deeper going on here that Australia should welcome. The World Bank and Asian Development Bank implement the Washington Consensus development policies that provide a large role for free markets and constrain the role of governments. Yet the track record of WC policies in assisting developing countries to develop has been poor. China's record, charting its own course, has been far better; and from this, of course, we have benefited greatly. Other factors have been at play in China's rise. Nonetheless, the world should welcome institutions that will give a greater voice to Chinese approaches to economic development because the status quo has not been very successful.

We will remain a loyal and trusted ally of the United States whether we join the Asian Infrastructure Investment Bank or not. However, this is more than the founding of a new institution. It is the beginning of a second international economic architecture. It is the beginning of something in which Australia should and must be involved.