The Andrew & Renata Kaldor Centre for International Refugee Law will hold its inaugural conference on Monday 3 November, highlighting the critical need for international cooperation to deal with irregular and forced migration. 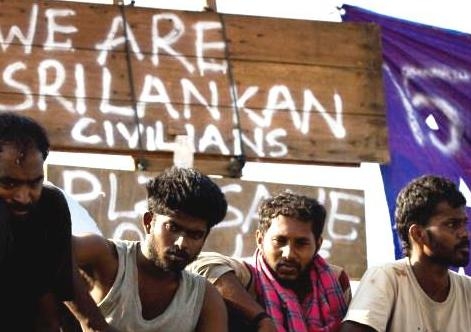 Displacement of people is an age-old phenomenon for which there is no silver bullet solution. Refugee movements are complex and messy, and desperate people will resort to desperate measures.

In the 60 years since Australia ratified the Refugee Convention, our response has ranged from generosity and understanding, through to deterrence and intolerance. National responses must take account of the bigger picture. This means recognising boats will continue to come as long as the root causes of displacement remain unresolved.

The annual conference of the Andrew & Renata Kaldor Centre for International Refugee Law on November 3 is titled: “Between principle and pragmatism: Australia and refugee law, 60 years on”. It will explore Australia’s legislative and policy responses within a global context. It will highlight why international cooperation would provide a constructive and sustainable way forward.

Professor Jane McAdam, Director of the Kaldor Centre, said: “Forced migration is a long-term challenge that will remain for as long as there is oppression and discrimination in the world. What is crystal clear is that if there were ever a point in time when international cooperation, based on commonly agreed standards, were needed, it is now.”

Professor Guy Goodwin-Gill will give the keynote address. He is Emeritus Fellow of All Souls College and Emeritus Professor of International Refugee Law at the University of Oxford. From 1978-83, he was UNHCR’s legal adviser in Australia and, together with government officials, was involved in reviewing requests for asylum by Vietnamese boat arrivals, among others.

Said Professor Guy Goodwin-Gill: “There is enormous potential for Australian policy makers to be part of, and even to lead, a truly international effort to deal with irregular and forced migration. Yet the actions of politicians appeal to the voters’ fear of change.

“If you ask people do they want more immigration, they say no. But refugees are people with a story that needs listening to, and in the past Australians understood that all too well,” he said.

Among the other speakers are:

What: Between Principle and Pragmatism: Australia and Refugee Law, 60 Years On. Inaugural conference of the Andrew & Renata Kaldor Centre for International Refugee Law