Campbell Newman's historic majority is proving to be a real source of irritation as it has focused attention on the enemy within, argues Fergal Davis. 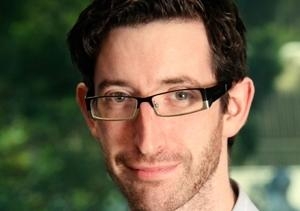 OPINION: Queensland Premier Campbell Newman is in trouble. He is not in deep trouble – not yet anyway – but his historic majority is proving to be a real source of irritation.

Newman had what every pollie dreams of: a "united" party; a majority government; and virtually no opposition in Parliament.

Despite all of that Newman's premiership has not been smooth sailing. The Queensland LNP has suffered a parliamentary defection to Katter's Australian Party; Clive Palmer has walked away; and two government ministers have been lost.

Last April, I warned that Newman's electoral avalanche should focus attention on the enemy within. I'm no Nate Silver, but that prediction is becoming increasingly prescient.

Following last year's election it became immediately apparent that the committee system would struggle in the absence of a parliamentary opposition. The absence of an opposition focuses attention on the Newman government. There are few other voices in Parliament; for the media there are no other voices worth talking about.

That may go some way to explaining the recent RechTEL poll (for Channel Seven) results. In a poll conducted last Friday of 1123 Queensland residents only 31 per cent believed that Newman's government was open and accountable. But how can Newman improve this perception of his openness and accountability when there is little by way of opposition to hold him to account?

The departure of Palmer is probably less of an issue. Palmer can be a divisive character and while Newman may regret the loss of the magnate's dollars, he will probably not miss the controversy, which Palmer generated.

The defection of Ray Hopper does not affect the parliamentary numbers but Newman has been forced to declare that his remaining MPs are loyal and that he feels “a deep sense of betrayal” at Hopper's actions. It weakens the perception of unity. Defection has become possible and it will be interesting to see if any others – particularly former National Party members – will walk out the door.

The real issue for Newman is the departure of former ministers. In April David Gibson was forced to step aside as police minister when it emerged that he had been driving while his licence was suspended.

More crucially, earlier this month Dr Bruce Flegg was forced to resign following a (relatively run-of-the-mill) scandal. The minister for public works and housing was accused of nepotism. He resigned for “sloppy administration”. He is also accused of falsifying his diary to suggest that he was working in his constituency when he was in fact practicing medicine.

A strong leader – a leader in as unassailable a position as Newman – might have been expected to wash his hands of them all. Instead Newman has been forced on to the defensive: attacking Hopper; and stating that he was proud of Flegg's “courageous and dignified” resignation.

At first glance Newman's decision to provide (qualified) support for Flegg appears odd. But when we look more closely it points towards the precariousness of Newman's position. Dr Flegg is a former leader of the LNP. He is not a character without substance; but he is now a character without an obvious political future.

In the long term the loss of ministers is significant for Newman. It is difficult to portray former ministers as cranks or crackpots because to do so calls into question your decision to appoint them in the first place.

Professor Philip Cowley of the University of Nottingham has identified a tipping point in the parliamentary process that led to the instability witnessed in the final years of the Blair Labour government. That point arises when parliamentarians have more to gain than lose by being seen to stand up to their party leadership.

In Queensland Ray Hopper clearly felt that point had been reached. But the risk to a government is particularly acute when senior party figures are relegated (for good reason or bad) to the backbenches where they can menace their own parties in unexpected ways.

Malcolm Turnbull and Kevin Rudd fit the bill. They have name recognition. They have reputation. There is an outside chance of future political glory but any rise through the political ranks will be hard won – they can no longer rely on their party leaders to promote them.

Unless Hopper's defection encourages others to follow suit the impact will be limited. But Flegg is a different story. Newman can't offer him anything. He was a minister. He is unlikely to be a minister again (at least in this parliament). He is that most dangerous of political animals – a pollie with a name and nothing to lose.

Fergal Davis is a senior lecturer in UNSW's Faculty of Law and a member of the ARC Laureate Fellowship: Anti-Terror Laws and the Democratic Challenge project in the Gilbert+Tobin Centre of Public Law.

This opinion piece was first published in The Brisbane Times.