Opinion Blood on many hands in CIA-torture scandal

It's time to hold a judicial inquiry to come to terms with Australia's involvement in the use of torture after September 11, writes George Williams. 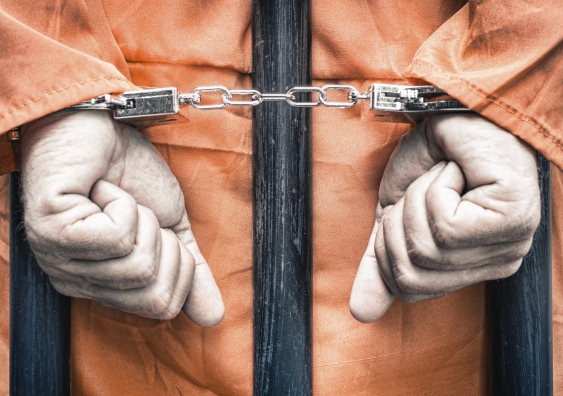 OPINION: It has been known for several years that the United States tortured detainees in the aftermath of September 11. This occurred at Guantanamo Bay and at the Abu Ghraib prison in Iraq. The CIA also abducted people and held them at secret "black sites" outside of the US. Others were transferred by way of "extraordinary rendition" for interrogation and torture by foreign governments.

What remained unknown was just how brutal the CIA's "enhanced interrogation techniques" were, and that the agency had lied to the White House and Congress about them. Also unrecognised was how the programs were ineffective. Rather than saving American lives, they degraded the CIA and its officers, and produced unreliable information of little value. The use of torture even made the job of terrorist recruiters easier by inflaming anger and resentment against America.

All this is revealed in the shocking, long-awaited report of the US Senate Intelligence Committee. The report has been well covered by the media, but what has been missing is a sense of connection to Australia. The use of torture has been cast as an American problem, and not one that affects us.

The US report authorised for release fails to mention Australia. However, this is only because this unclassified version has the names of other countries blanked out. Foreign policy sensitivities meant that the report could not be allowed to blacken the reputation of Australia and other nations.

However, this cannot hide the fact that Australia was far from a disinterested bystander when America used torture. Our involvement has been made clear in other reports, most notably Globalising Torture by the US-based Open Society Justice Initiative. It found that as many as 54 other nations participated in the CIA's torture programs.

Poland for example permitted the CIA to build a secret prison on its territory. It assisted with the transfer of detainees, including to other secret detention sites, and permitted the use of its airspace and airports. Other nations such as Syria, Jordan, Pakistan and Egypt tortured suspects delivered to them by the US.

Leading democracies also played important roles. The UK and Canada provided intelligence that the CIA used to capture and interrogate suspects. Nations including Denmark and Iceland permitted the CIA to use their airports and airspace for extraordinary renditions.

Australia was involved in regard to two of its citizens, Mamdouh Habib and David Hicks. Australian officials interrogated Habib soon after his capture in Pakistan in 2001, but failed to prevent his extraordinary rendition to Egypt, where he was tortured. He was then transferred to Guantanamo Bay, and was finally returned to Australia without charge in 2005.

Habib sued the Australian government on his return. However, the case ended when the Gillard government paid Habib an undisclosed sum to drop the case. This occurred after evidence emerged that an Australian official was present during Habib's detention in Egypt.

Hicks alleges that he was tortured at Guantanamo Bay over more than five years, and that the Howard government was aware of this. His claims have never been investigated. Hicks returned to Australia in 2007 after entering a guilty plea for providing material support for terrorism. He says that he did this only to escape captivity at the hands of the Americans, a claim that has added credibility in light of the US Senate report.

There is no suggestion that Australian officials used torture. Instead, we were complicit in the US torture program. In contrast to the UK, which successfully demanded the return of its citizens from Guantanamo Bay, Australia failed to take action to protect Habib and Hicks, despite emerging evidence of their mistreatment.

The problem was not merely one of silence and acquiescence. Australia's political leaders, including Prime Minister John Howard, were some of the strongest international supporters of US actions at Guantanamo Bay. Despite irrefutable evidence of what occurred there, this support has never been retracted.

In other nations, the harm done to citizens at the hands of the US has led to wide ranging inquiries. By contrast, Australia's leaders have shown no appetite to investigate these matters. Both sides of politics have resisted any inquiry that could determine whether Hicks was tortured, and whether Australian officials bear responsibility for the treatment of him and Habib.

America has a lot of soul-searching to do about its departure from the most basic standards of decency. We also need to come to terms with our involvement in these programs. It is past time that a judicial inquiry was held to ascertain how Habib and Hicks were treated, and whether any compensation is due to them. The public has a right to know the truth of what occurred, and to know that measures will be taken to ensure that our leaders do a better job of protecting Australian citizens in the future.