It is not sufficient for boards to merely rely on the existence of company insider-trading policies as a defensive mechanism, write Tim L'Estrange and Michael Legg. 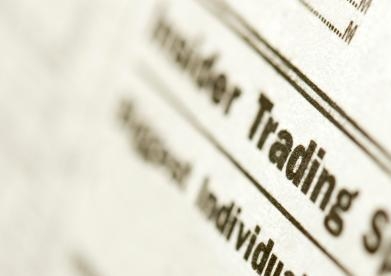 OPINION: Insider trading has been a recurrent news item in the US and Australia, with large financial penalties or jail time attracting attention.

One eye-catching headline has been the American case of SAC Capital, which entered into a plea deal with the US Department of Justice that involved SAC paying $US1.8 billion ($US616 million of which had already been paid to the Securities and Exchange Commission) and agreeing not to manage any outside money.

However, insider trading is not just being pursued against a few large targets.

ASIC's report on enforcement outcomes for January to June this year stated it had brought 19 criminal actions and one civil action for insider trading between July 1, 2011, and June 30 this year, and would "continue to dedicate significant resources and the energy to fighting this crime".

Penalties for contraventions are becoming more serious, as shown by crown appeals against the inadequacy of the sentence in R v Donald and R v Glynatsis. In both cases, the crown successfully argued that a custodial sentence should be imposed.

Insider trading has historically been notoriously difficult to detect due to its clandestine nature. However, technology and greater powers for regulators has meant that the possibility of detection is increasing.

Why should companies be concerned with the possibility that their employees may be prosecuted? Directors may say that they cannot be the guardians of a large group of typically highly motivated and intelligent individuals who, if they choose, will find a way to circumvent the system.

It can also directly lead to litigation involving the company and the directors. Civil penalties and criminal prosecutions can be brought against the corporation as well as individuals.

A breach of director's duties may follow if there has been a failure to exercise care and diligence. In today's environment, contraventions that impact on share prices may give rise to class actions.

Having recognised the need for the corporation and its directors to guard against insider trading, is it sufficient then to merely rely on the existence of a company insider-trading policy as a defensive mechanism?

In our view, probably not, as directors will need to be able to demonstrate that they have taken positive action to ensure that key legislative requirements and company policy have been brought to life in the company, and received assurance that key laws and policies are understood and applied.

The board must gain an understanding of business operations and ensure that there are appropriate systems for the timely flow of information.

This includes a proper system of oversight of the culture that needs to be in place to support adherence to the relevant law or company policy.

It must ensure that appropriate resources and processes are available and actually used. The board also needs to concentrate its mind on the risks of particular operations - especially those that are high-risk. It cannot simply rely on management to undertake this assessment.

The board cannot merely hope management and employees will do as they are told: it must undertake probative inquiries to determine the effectiveness of the policy by establishing a process for both formal and random reviews and audits to ensure adherence to policies and procedures.

Tim L'Estrange is a partner at Jones Day. Michael Legg is an Associate Professor in the Centre for Law, Markets & Regulation, UNSW.