The Coalition has dug itself into a deep hole before its proposed changes to the Racial Discrimination Act are even considered, writes Andrew Lynch. 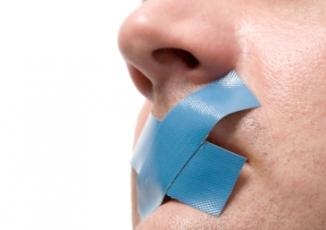 OPINION: It is perhaps not surprising that a day after declaring that "people do have a right to be bigots", Commonwealth Attorney-General George Brandis has released his intended changes to provisions of the Racial Discrimination Act.

Brandis desperately needs to offset the bluntness of his response to Senator Nova Peris' question about the effect that repeal of section 18C of the act would have on the experiences of ethnic groups in this country. The section makes it unlawful for a person to "offend, insult, humiliate or intimidate" others because of their race. As a way of articulating the government's mission on 18C, for which the catalyst was the successful case brought against columnist Andrew Bolt, the Attorney-General's candour was refreshing.

But in taking that toxic word from the question put to him by Peris and proclaiming his government's view that people have the right to be ''bigots'', Brandis would have set alarm bells ringing, not just for indigenous Australians, but throughout our multicultural community.

The draft amendments to the act that Brandis released on Tuesday are surely aimed at recapturing the middle ground in this debate - which the Attorney-General decidedly lost in the Senate chamber on Monday.

Brandis' defence of free speech to the extent of bigotry was deeply problematic - both in the specific context of the purpose of 18C and the bigger picture of the government's position on race and free speech generally.

Let's start with the government's broader agenda. The Abbott government is committed to putting up a proposal in this term for the recognition of indigenous Australians in the constitution. The Prime Minister has signalled that this is a project to which he has a strong personal commitment.

It is unclear just how the huge task of a referendum is assisted by Brandis, who will be at the centre of the case for constitutional change to acknowledge our first peoples. He will effectively be telling Peris, one of the few indigenous Australians ever to sit in the national Parliament, that his government is standing up for the right of bigots.

Successful referendums depend on trust in the government putting the proposal. But Australia's indigenous communities would be forgiven for doubting the government's commitment to constitutional change as a meaningful act of reconciliation when Brandis appears so dismissive about the role of law to prohibit divisive racist speech.

Likewise, the government appears conflicted over the importance it places on free speech generally. Brandis has repeatedly justified his plans to remove the protections of the Racial Discrimination Act by insisting that "our freedom and our democracy fundamentally depend upon the right to free speech". But how is the community to square the forcefulness with which he makes this claim with the substantial restrictions the government has placed on efforts by the media and public to access information about asylum seeker arrivals and conditions on Manus Island?

On section 18C, it is very clear that the government is making a choice as to whose rights it gives priority. Brandis presents his case as one of inviolable principle, yet we need only reflect on the circumstances of the notorious Bolt case to appreciate why free speech might justifiably be ceded to other interests. The reality is that some voices are louder than others in our democracy. Andrew Bolt communicates his views through a range of media platforms. The people about whom he made remarks and who brought their action under 18C have no equivalent capacity to respond. Indeed, until the outcome of their case, had the community heard the other side to what Bolt had written?

The Attorney-General's defence of the rights of bigots presumes that those who are targeted by their comments are just as capable of marshalling the media to defeat that bigotry. This imagined level playing field underpinned his full response to Peris. But that is obviously not always, or even often, going to be the case.

Law is an instrument through which a community's values and rights may be given effect. In Monday's debate, Brandis came down firmly on the side of those who would give voice to racially motivated insult and offence, over those who are targeted by such comments. In so doing, the Attorney-General presented his government as having a character that we might suspect caused some real discomfort in its ranks - and also, at the top.

The government may be hoping that the swiftly released proposals for amending the act will ameliorate this. Section 18C is to go but its protection of groups from intimidation is preserved. Additionally, a new offence of racial vilification, meaning the ''incitement of hatred against a person or a group of persons'' is to be created.

For a government that promised there would be ''no surprises,'' this is a big one. The Coalition ran on scrapping 18C - something its supporters, including the Institute of Public Affairs, are determined to hold it to. It did not campaign on being the government which, as Brandis trumpeted on Tuesday, would provide for "the first time that racial vilification is proscribed in Commonwealth legislation".

But this development needs to be understood alongside the vast exemption to be given to communication made "in the course of participating in the public discussion of any political, social, cultural, religious, artistic, academic or scientific matter".

The government wants to hear from ''all stakeholders'' on its proposed changes. It will be fascinating to see who, if anyone, is happy with them.

In opposition, it probably seemed harmless venting a bit of outrage over the Bolt case. But as debate over 18C continues to show, tangling with issues of race is a complicated and treacherous business. The government has dug its own hole and now it is busy trying to shovel a way out - hoping it isn't just digging itself deeper.

Professor Andrew Lynch is a director at the Gilbert + Tobin Centre of Public Law at UNSW. 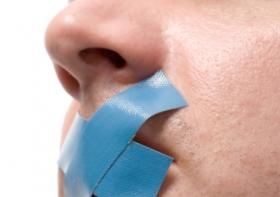