Opinion Business as usual is no longer an option

Some Australian clothing brands have signed a new initiative to improve conditions in Bangladeshi factories, while other brands are conspicuously absent, writes Justine Nolan. 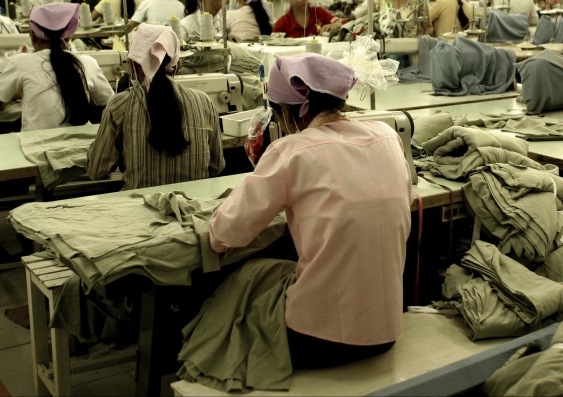 OPINION: One year ago this week on April 24, 2013 a nine-storey factory collapsed in the industrial outskirts of Dhaka, the capital of Bangladesh killing more than 1100 garment workers and crippling thousands more. The Rana Plaza disaster dominated global headlines for a few weeks and then the world moved on.

One year on from the tragedy, Bangladeshi workers still labour in unsafe conditions and work long hours for low pay. The collapse of the Rana Plaza building was the worst industrial accident anywhere in the world for the last 30 years but manufacturing continues unabated.

Thirty years ago in Bangladesh there were less than 400 garment factories employing about 120,000 workers. Today there are more than 4000 factories with more than four million workers and these jobs have lifted many people out of the destitute poverty that village life might otherwise offer them. Garment workers routinely toil in factories for long hours for low wages but the jobs can often offer a glimpse of a better life than the one they left behind. But at what cost?

There is no doubt that the garment business has been a driving force for societal development in Bangladesh. But industrialisation also has come with significant costs, especially for the health, safety and wellbeing of workers.

The global garment manufacturing industry is a business built on low wages and lax regulation. While wages for workers in Bangladesh have risen in the last year they are still the lowest paid garment workers in the world and no one can pretend a family can live on a single salary. If we pay $10 for a shirt, what can we really expect of the factory conditions in which it was made?

A new report released this week by researchers at NYU's Stern Center for Business and Human Rights pinpoints the sourcing practices of many global companies as a major reason why dismal working conditions persist in places like Bangladesh. The report exposes the practice of "indirect sourcing" whereby manufacturing is subcontracted out among factories, often through agents and in a manner that is not always transparent to the global buyers, to increase margins and boost production capacity while keeping costs low.

As orders are subcontracted and in some cases re-subcontracted, production moves into factories that are outside the scope of current regulation and often have little regard for minimum standards for safety and workers' rights.

Western buyers and ultimately consumers like us, profit from this indirect system of sourcing and many global brands devote little time and attention to understanding the nature and scope of this practice. The report quotes one factory owner as saying, "[Some] brands want to ignore subcontractors. They have their targets, too - 98 per cent on-time shipment - and they don't care how they get the products." Another owner recounted how customers will sometimes subtly suggest the use of a subcontractor, asking the factory owner if he has an "alternative source" to complete production.

The prevalence of substandard garment factories that lack basic protections for workers' safety is not an issue isolated to the manufacturing industry in Bangladesh but it is particularly prevalent in Bangladesh because of the country's meteoric rise in cornering a portion of the world's garment manufacturing in the last few decades.

Bangladesh has become one of the world's leading suppliers of apparel and today, garments represent more than 80 per cent of the country's export economy. But substandard working conditions are not just a Bangladeshi problem. Rather, it's a global problem fuelled by our desire for "fast fashion" whereby clothing trends can be copied, manufactured and in the stores in a matter of weeks.\

Whether it is a dress instantaneously popularised by Kate Middleton or the latest release of a new iPhone, we want it today and that usually means someone, somewhere is working around the clock to fulfil that demand.

The solution is not to abandon Bangladesh or other countries like it but rather for companies and consumers to practically reassess how manufacturing is done, the timeline for doing it and for each of us to increase our awareness as consumers of the way our goods are made.

In the last year since the Rana Plaza building collapse, there have been two significant initiatives (developed in concert with a number of high-profile global clothing brands) established to improve working conditions in Bangladesh's garment factories. These innovative collaborations are a step in the right direction in a country where the government regulatory scheme is woefully inadequate and lacking resources to improve anytime soon.

However, progress in the last year has been slow and there is still no consensus on who will pay for the much-needed infrastructure upgrades to factories, which simply means many factories continue to operate in the same dilapidated state they did a year ago.

Some Australian companies including K-Mart Australia, Cotton On and Pacific Brands have signed onto one of these initiatives, but other Australian manufacturing powerhouses, like Best and Less and The Just Group (which operates Just Jeans, JacquiE, Peter Alexander, Jay Jays, Portmans and Dotti) are conspicuously absent.

It is not a viable strategy to simply bury one's head in the sand and then throw our hands up in the air in horror when unsafe working conditions are discovered in countries like Bangladesh or it is revealed that our footballs are made by child labour in India. Business as usual is no longer an option.

Justine Nolan is the deputy director of the Australian Human Rights Centre at UNSW and a visiting scholar at NYU.

What price $10 dresses and T-shirts now?

No hand-passing of footballs made by children