Opinion Can we ever define terrorism?

One man’s terrorist is another man’s freedom fighter. Despite the ambiguity, finding a workable definition of "terrorism" might not be so hard, argues Fergal Davis. 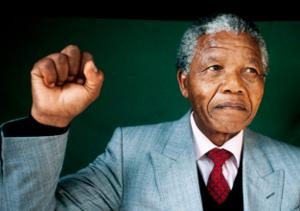 Indeed the perception that terrorism is too contentious to define has resulted in leading scholars, like Walter Laqueur, declaring:

Disputes about a detailed, comprehensive definition of terrorism will continue for a long time and will make no noticeable contribution towards the understanding of terrorism.

Laqueur and others point to the failure of bodies such as the UN to define terrorism. The UN has been debating the meaning of terrorism in various committees since 1963. This matters – and not just because it makes terrorism research more difficult. In the aftermath of the terrorist attacks of 11 September 2001, the United Nations Security Council issued Resolution 1373 calling on member states to take co-operative legislative action against terrorism. Unhelpfully, Resolution 1373 left “terrorism” undefined.

A group of UNSW law scholars – of which I am part – are working as part of an Australian Research Councilproject on Anti-Terror Laws and the Democratic Challenge. In collaborationwith a colleague in the UK we have identified a surprising amount of agreement in an area usually characterised by discord.

In 1988 two European scholars Alex Schmid and Albert Jongman produced one of the more robust definitions of terrorism. They did this by surveying 200 leading academics in the field of terrorism studies. The research asked each expert to define terrorism.

This hinted at the possibility that a core understanding of terrorism might exist.

In our research we applied the same approach to seven legislative definitions of terrorism from six countries. We were expecting that the legislatures – each of whom defined terrorism after 11 September 2001 – would have produced wildly different definitions from the academics. We thought we might discern some commonality across the legislatures themselves but we did not anticipate that they would correlate well with Schmid and Jongman. We were surprised.

In our work we discovered that the legislative definitions triggered on average eight of the 22 words or phrases, the same level of correlation that the academics achieved. It is also important to say that the legislatures did not trigger the same 22 words – it couldn’t be that easy. Still, we were able to extract the following modest proposal:

Terrorism is some form of purposive and planned violence that has a political, religious, or ideological motivation. It is intended to coerce or intimidate and is targeted at civilians or government. Legislation prohibiting terrorism ought to have extra-territorial effect.

Support for our definitions came from an unexpected quarter. Another colleague was recently giving a lecture in UNSW to a group of 14 and 15 year-old school kids. She asked them to define terrorism. They concluded that it was blowing stuff up; that it was aimed at terrorising the community; and that it was political.

If academics, legislatures and Aussie school kids are all capable of defining terrorism with a fair degree of coherence and agreement why do international organisations struggle? Why does the Rome Statute, which established the International Criminal Court leave the crime of aggression undefined and the crime of terrorism unmentioned? The answer is politics.

The political power of a phrase such as terrorism stems from the fact that groups employ it to denigrate and undermine their opponents: the Irish Republican Army (IRA) frequently referred to the terrorism of the British government without hint of irony or self-awareness; both sides of the Arab- Israeli conflict throw it around; and the President of Iran, Mahmoud Ahmadinejad, is particularly fond of deploying the t-word.

States maintain this ambiguity because it enables them to utilise the phrase “terrorism” without having to clarify what it means. Simultaneously it allows states to avoid condemning behaviour which conforms to the definition of terrorism.

Agreeing on a definition of terrorism would restrain its use. It does not suit the purposes of many states to have terrorism defined: either because they do not want some actions to be defined as “terrorist”; or because they want to term something “terrorist”, where in reality the word is inappropriate.

In the end, the dilemma is more a function of politics than it is of linguistics or human understanding. But any school kid could have told you that.

Fergal Davis is a senior lecturer in UNSW's Faculty of Law.