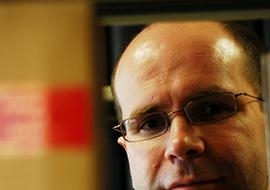 OPINION: The rape and murder in Melbourne of ABC employee Jill Meagher has led to a call to reintroduce the death penalty in Australia. Unusually, this has not come from a politician or outraged member of the community, but from the perpetrator.

After admitting that he raped and strangled Meagher in a Brunswick laneway, Adrian Bayley said to police: ''I'm going to jail for a long time … I hope they bring back the death penalty before I get sentenced. I have no life left. They should have the death penalty for people like me.''

Several state politicians have suggested this. As a member of the NSW Parliament in 1992, now federal MP Tony Windsor said: ''Where there is absolutely no doubt that the offender has committed a horrendous crime the judicial system should have the option of imposing the death penalty.''Even if the Victorian Parliament agreed, it could not reintroduce capital punishment. The Commonwealth has overridden its power to do so. All of the states and territories have rightly removed the death penalty from their statute books, beginning with Queensland in 1922 and ending with NSW in 1985. The possibility remained, though, that a state would restore the sentence by responding to community pressure.

Such comments respond to ongoing community support for the death penalty. This has been tracked by the election studies conducted by the Australian National Institute for Public Policy. At the 1993 federal election, 68 per cent of Australians favoured reintroducing the death penalty for murder. This declined to 45 per cent at the 2010 election.
States would normally be free to respond to such sentiment by setting whatever penalty they wish for crimes under their law. However, in this case the Federal Parliament has acted to prevent this.

In 1990 the Hawke government signed the Second Optional Protocol to the International Covenant on Civil and Political Rights. In doing so, it accepted an obligation to ''take all necessary steps to abolish the death penalty''.

By taking on this international commitment, the Commonwealth was able to pass a law on the subject under its ''external affairs'' power in the constitution. This was the same power used by the Federal Parliament in 1983 to prevent the damming of the Franklin River in Tasmania. The power was also applied in 2004 to override a Tasmanian law that made homosexual sex between consenting adult males a crime.

Capital punishment was abolished for federal crimes in 1973 by the Death Penalty Abolition Act. In 2010, the Federal Parliament extended this act to the states so as to ''ensure the death penalty cannot be reintroduced anywhere in Australia''. The government and opposition were united in supporting the change, and there were no speeches or votes against it.

The change does not completely rule out the possibility of the death penalty being reintroduced in Australia. The 2010 law places a very high hurdle before any state wanting to restore capital punishment.

In addition to having the change passed by its own Parliament, the state would have to convince both houses of the Federal Parliament to allow it to act. The only way to put this completely beyond the power of our politicians would be to take the additional step of holding a referendum to enshrine abolition in the constitution.

This means that, even in the case of horrific crimes such as the murder of Jill Meagher, the reintroduction of the death penalty is not a conceivable prospect. There is no real point in state politicians advocating this.

The legal focus should be elsewhere. Victorian law already protects the community from habitual sex offenders. Once in prison, a sex offender need not have their parole granted and, if they are released, their parole can be revoked. In Bayley's case, people are right to ask how he could have continued on parole despite being convicted of a violent assault.

Victoria has also passed a special, additional law to restrict the liberty of serious sex offenders. They can be detained in prison for an extra three years once their sentence has ended, and can be supervised for 15 years after their release from jail. This law also needs to be examined in light of Bayley's case given that he has served 11 years in prison for the rape and attempted rape of eight women.

Questions should be asked about whether these state laws need to be changed, or their enforcement strengthened, to better protect the community. As Bayley himself said to police: ''How many chances does a person need? They should never have let me out.''

George Williams is the Anthony Mason professor of law at UNSW.