Opinion Chaplaincy program back in the dock

The High Court's highly anticipated decision on the constitutionality of the school chaplaincy program could lead to a radical rethink of how the federal government spends public money, writes George Williams. 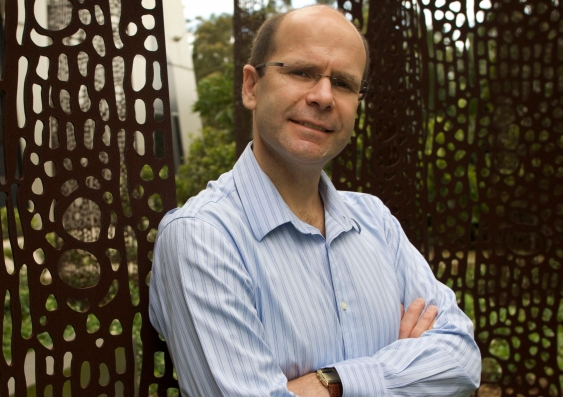 OPINION: Ron Williams is the father of four children at Darling Heights State School in Toowoomba, Queensland. Like many other schools, it has a chaplain funded by the federal government. Williams took objection to this, saying taxpayers should not pay for a religious position in a state school.

Williams has taken the remarkable step of fighting for his beliefs all the way to the High Court. On Monday, his legal team will argue before the court that the chaplaincy scheme is unconstitutional.

The case is the most anticipated of the year. If Williams succeeds, the court may not only strike down the chaplaincy scheme, but also hundreds of other federal programs worth billions of dollars. The result could rewrite the book on how the Commonwealth and the states spend public money.

The battle against the chaplaincy program has spanned several years. Williams first challenged the scheme in the High Court in 2010. He argued then that the program breached the separation of church and state and, in particular, section 116 of the constitution which says "no religious test shall be required as a qualification for any office or public trust under the Commonwealth". This argument failed.

A second argument won him the day. He said the federal government lacked the power to spend money on the chaplaincy scheme because the scheme lay outside of its power. Williams successfully challenged the long-standing assumption that the federal government can spend taxpayers’ money without the specific support of Parliament on whatever program it wishes.

In ruling this way, the High Court delivered a surprising new limit on federal power. It emphasised what many had forgotten – that the nation was not created with a dominant Commonwealth in mind, but as "a truly federal government". The court also reasserted the principle that governments can spend money only with parliamentary approval.

These ideas were used to overturn the chaplaincy program, and had much wider implications. In the decision’s aftermath, then attorney-general Nicola Roxon identified 427 programs as lacking any visible constitutional support. They amounted to as much as $37 billion a year, or 10 per cent of all federal expenditure.

There was no doubt the Commonwealth could continue to fund these activities if it did so via the states. This is permitted by section 96 of the constitution. However,involving the states in these programs would have meant sharing some of the responsibility and political benefits. As a result, the federal government decided to shore up its position in a different way.

Within a week of Williams’ High Court victory, a law was rushed through both houses of Federal Parliament. It gave the stamp of approval to all these funding schemes in one big block. One such scheme rescued from oblivion was the chaplaincy program.

This paved the way for Williams’ second foray into the High Court. He is now once again challenging the chaplaincy program, and in doing so the federal government's entire rescue package. The significance of the case is reflected in the fact that every state will attend the court to put their position.

Williams will again argue that the federal government lacks the power to fund chaplaincy services in state schools. He will also say the special law passed by Parliament to give legislative backing to this and other schemes is either ineffective or unconstitutional.

The federal government by contrast is arguing that its rescue package is valid. It is also taking the rare step of asking the High Court to declare that its earlier decision in favour of Williams was wrongly decided.

There is a good chance the challenger will again emerge victorious. Strong doubts were expressed about the validity of the rescue law at the time it was passed. The doubters included Senator George Brandis, who said from opposition that he was "far from satisfied" that the fix "is effective to satisfy the constitutional lacuna which the High Court identified".

Brandis now finds himself in the position of Attorney-General, and so must defend the scheme in court. He can only hope that his prediction proves ill-founded, or he will face a big headache. A second loss in the High Court may mean that there is no easy fix for a range of federal funding programs, many of which are important to local communities and politically popular.

Such a result may require a rethink of how the federal government spends public money. One option is for it to cease several of its funding programs. An alternative would be to direct money to the states to spend on its behalf. Neither choice would be palatable for it.