Opinion COAG sounds off on harmony, but are the states listening?

In our desire to “end the blame game”, do we expect too much from the various governments in Australia’s federal system, asks Professor Andrew Lynch. 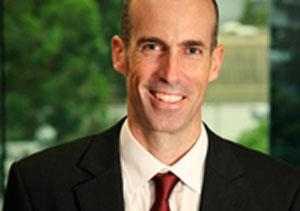 OPINION: In our desire to “end the blame game”, do we expect too much from the various governments in Australia’s federal system? This is the question prompted by the release of the third report by the Council of Australian Governments (COAG) Reform Council on the efforts of the states and territories to implement the ‘seamless national economy’ reforms agreed upon with the Commonwealth in 2008.

One of many National Partnership (NP) agreements made by COAG since major reforms geared towards “co-operative federalism” were realised under then prime minister Kevin Rudd, the NP to deliver a “seamless national economy” aims to achieve more consistent and less unnecessary or poorly designed regulation across jurisdictions so as to reduce excessive compliance costs to business and enhance competition.

The Implementation Plan attached to the NP agreement identified the areas in which reform was to be carried out, as well as desired outcomes. Twenty-seven deregulation priorities were specified by the Plan and it is their performance against each of these that affects the size of reward payments made by the Commonwealth to the states and territories. There are 22 additional priorities geared towards improving competition and the efficiency of regulation, but these do not attract rewards for implementation under the NP.

The money involved is, without a doubt, significant. After an initial facilitation payment from the Commonwealth in 2008-09, the states and territories are now looking at reaping the first crop of reward payments of $200 million, to be distributed on a per capita basis. The deadline for meeting the agreed milestones in time to receive the full reward is the end of this year.

However, in its report, the Council has put states on notice, warning that they are in danger of losing this money due to their slow progress on several major priorities. Paul McClintock, the chairman of the Council, identified 12 of the total of 49 reforms as being “at risk of not being achieved”. Five of these are within the deregulation priorities for which reward payments are made. The five are: harmonised occupational health and safety laws; a national trade licensing system; better regulation of chemicals and plastics; mine safety; and a nationally consistent approach to the imposition of personal criminal liability on company directors.

States that fail to implement these reforms jeopardise their slice of the NP reward pie. But while the Council – perhaps understandably given its role – is “urging COAG to take swift action to address these 12 reforms because time is running out”, the question posed at the start of this piece is one that readily springs to mind when flipping through the recent progress report. Or to put it another way: in a system where government is fragmented by design, should we not expect less than perfect harmony?

As the Council acknowledges, there has been a great deal of progress under the NP. Of the 14 reforms that were scheduled to be completed by 30 June last year, 12 were fully completed while the remaining two were largely achieved. These were in major areas such as rail and product safety, consumer law, environmental assessments and the establishment of a national registration and accreditation scheme for health workers. Whether these reforms may have been completed because they were easier to achieve than those which are not due until the end of this year is debatable, but they still represent an impressive degree of co-ordination across the eight jurisdictions.

Regarding those priorities that are identified as at risk of non-completion, it is important to recognise that this state of affairs is actually due to one of federalism’s recognised strengths: its capacity to foster diversity and innovation. The progress on harmonised occupational health and safety laws is emblematic in this respect. Victoria and Western Australia are refusing to accept the model legislation prepared by the Commonwealth and other states and territories, and New South Wales is proving only marginally more interested in compliance.

Victorian Premier Ted Baillieu has been blunt that he will not agree to the harmonisation because the changes would set back productivity in his state. In a comment that strikes at the heart of the way in which “co-operative federalism” has been pursued since the 2008 COAG reforms of Rudd, the Premier said: “We should be pursuing best practice in this country, not average practice”, before saying that he was prepared to forgo a Commonwealth payment rewarding the state for going “backwards”.

The idea that goals agreed upon at COAG tend to reflect the average performance of the states and hamper their initiative to pursue high quality innovation is one that we have heard more often since the election of non-Labor governments in Victoria, Western Australia and New South Wales. The political realities that accompany efforts to make Australian federalism work most effectively are not ones that can be ignored, but they serve to highlight the difficulty and drawbacks of what is being attempted than to be a cause of that in themselves.

While the Council is simply fulfilling its task of measuring progress on milestones that all the Australian governments agreed to in 2008, it is not surprising that perceptions as to how those priorities should be best achieved may change and fragment over time. The nature of the system almost ensures that this will happen.

There is still a good way to go until December, but if some states do lose out on their reward payment, even in part, then the days of COAG as the engine room of reform may well be past. Intergovernmental co-operation will still occur, and presumably through this body, which turns 20 this year. But this is likely to be on a more modest footing. In particular, we might expect less value to be placed on harmonisation, even when the benefits of this are clear, in those areas where exactly what amounts to “best practice” is contested ground.

Professor Andrew Lynch is Director of the Gilbert + Tobin Centre of Public Law at UNSW.