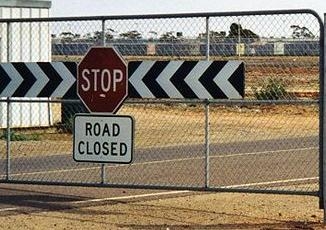 OPINION: The Coalition's new policy on asylum will degrade administrative decision-making, undermine accountability of public power, and leave refugees in a permanent state of psychological and legal limbo. Like the Howard government policies it mimics, it will create enormous and expensive bureaucratic inefficiencies by flooding the courts with claims for judicial review, and forcing immigration officials to remake decisions about refugee status every few years.

First, the Coalition wants to abolish the Refugee Review Tribunal, the independent body that transparently reviews decisions made by immigration officials about whether people are refugees. In contrast to the Immigration Department, the Refugee Review Tribunal has found that the vast majority of asylum seekers coming by boat to Australia are genuine refugees entitled to Australia's protection.

But rather than questioning the quality of departmental decision-making happening behind closed doors by unseen bureaucrats, the Coalition has decided that it will simply abolish independent merits review so that bad decisions by the Immigration Department cannot be corrected.

In doing this, the strong message being sent to immigration officials is to keep their recognition rates low. When a prospective Immigration Minister's focus is on border control and "stopping the boats", and yet the department he would control is the only entity capable of making decisions about whether or not people are refugees, a potentially serious conflict of interest arises.

A hallmark of a functioning administrative law system is that decisions by government bodies can be reviewed. We take this for granted in Australia. And yet the Coalition is proposing that life or death decisions about refugee status will be made with no opportunity for review. There will be no chance to correct a bad decision – even if the decision maker didn't consider relevant information, or made erroneous assumptions, or relied on out-of-date country information, or perhaps even misunderstood the law.

But no matter how hard it might try, the Coalition cannot remove the right of asylum seekers to access our courts. The Howard government tried this, and it was a resounding failure. The High Court retains the constitutional power to overrule any administrative decision for jurisdictional error.

This has two implications. First, if the Refugee Review Tribunal were abolished, the courts – and the High Court in particular – would be flooded. This would be a massive waste of resources and court time, especially since the role of our constitutional court should be to determine complex matters of constitutional law, not to act as the arbiter for thousands of asylum claims. Second, courts can only review legal errors in decision-making, not the merits of whether someone is actually a refugee. This means that any cases infected by legal error would have to be sent back to the Immigration Department for reconsideration. And so the system would become further clogged.

Another element of the Coalition's policy is to create a non-statutory process for asylum decisions. The Rudd government tried this and got tied up in knots in the High Court. No matter how clever government lawyers might think they are in drafting their way out of the Migration Act, the High Court has said that that statute is the source of any decisions made in relation to asylum seekers and refugees, and common law rules of procedural fairness must apply.

The Coalition has also said it will reintroduce Temporary Protection Visas, one of the cruellest elements of the Howard asylum regime. Their deleterious effects on mental health have been extensively documented. A Senate inquiry in 2006 said they had little deterrent value and incurred huge costs in terms of human suffering.

TPV holders are not allowed to bring their family members to Australia, and must have their status reassessed every few years. Under Howard, the bar on family reunion meant that many more women and children got on boats to join their husbands or fathers who had already reached Australia. Many died in the process.

TPVs keep genuine refugees in limbo. By definition, as refugees they cannot go home, and yet their short-term status precludes them from building a new life here. They live in a constant state of anxiety, fearful of being removed once their visa expires. It is unsettling and disempowering in the extreme.

The Coalition's idea that TPV holders in Australia would have to work indefinitely for the dole would constitute unlawful discrimination. Under international human rights law, Australia is not allowed to discriminate between different groups of non-citizens in the provision of social security. Furthermore, the Refugee Convention says that refugees should be treated the same way as citizens when it comes to social security.

In other countries, temporary protection mechanisms are only used as a short-term emergency mechanism in mass influx situations that overwhelm the normal asylum system. Temporary visa holders have the right to apply for permanent protection. Temporary protection is therefore not seen as a durable solution, but an interim status (as its name suggests).

Finally, there is the issue of the retrospective nature of the Coalition's policy which will apply to 30,000 asylum seekers already in Australia. While Australia does not have constitutional safeguards or a bill of rights precluding retrospective civil laws, it is a basic element of the rule of law that you shouldn't have the rug pulled out from underneath you. Further, the 30,000 asylum seekers have already been waiting in a holding pattern for over a year to have their claims processed. They have no certainty about their ultimate fate, and now they don't even have certainty about the process they will go through to have this determined.

This opinion piece first appeared in The Age.