Opinion Come clean on role we played in abetting torture

Instead of opposing torture, Australia supported Guantanamo Bay and what occurred there, letting inaction and acquiescence speak on our behalf, writes George Williams. 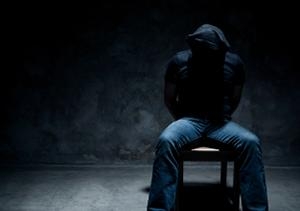 OPINION: A report has found Australia participated in the CIA's detention and torture of terrorist suspects after the attacks of September 11, 2001. This should come as no surprise. Australia was far from a disinterested bystander in these events, with then prime minister John Howard consistently supporting US actions at Guantanamo Bay.

Evidence has also emerged that Australian officials failed to take action that might have prevented the torture of citizens. The report questions whether Australian governments have done enough to acknowledge and take responsibility for our role in these programs.

It is well documented that the CIA used torture to gather intelligence after September 11. As the director of the CIA's Counter-terrorism Centre, Cofer Black, said: ''After 9/11 the gloves come off.''

Government memos show President George W. Bush secretly approved the use of 10 ''enhanced interrogation techniques''. These included the use of insects, sleep deprivation and waterboarding.

Guantanamo Bay was the well-known public face of these programs. But the CIA also abducted people and held them in secret prisons outside the US. Others were transferred by the CIA, under a process known as ''extraordinary rendition'', for interrogation and torture by foreign governments.

The US-based Open Society Justice Initiative analysed the CIA's torture programs and their impact upon 136 known victims. Its report Globalising Torture found the US did not act alone. As many as 54 nations also took part.

Poland, for example, permitted the CIA to build a secret prison on its territory. It assisted with the transfer of secretly detained individuals, including to other secret detention sites. . Syria, Jordan, Pakistan and Egypt tortured suspects delivered to them by the US.

Democracies that denounce torture were also complicit. Britain and Canada provided intelligence that the CIA used to capture and interrogate suspects. Other nations such as Denmark and Iceland permitted use of airports and airspace for extraordinary renditions.

The report demonstrates how quickly the barriers to torture fell after September 11. An unequivocal stance in international law against the use of torture was compromised as some nations looked the other way, and others actively supported the CIA's work.

Australia was not as directly involved in the CIA's programs as other nations. But the report finds we do bear a measure of responsibility. Not only did Australia fail to voice its opposition to torture by the CIA, it turned a blind eye to the mistreatment of two of our citizens.

Globalising Torture documents the case of Australian Mamdouh Habib. Australian officials interrogated him soon after his capture in Pakistan in 2001, but failed to prevent his extraordinary rendition to Egypt, where he was tortured. He was then transferred to Guantanamo Bay, where he was held with fellow Australian detainee David Hicks. Habib was finally returned to Australia without charge in 2005.

Habib sued the Australian government on his return. But the court did not have to decide the matter because the Gillard government paid him an undisclosed sum to drop the case. This occurred after evidence emerged that an Australian official was present during Habib's detention in Egypt.

An inquiry by the Inspector-General of Intelligence and Security found Australian officials were not involved in Habib's transfer to Egypt, and that ''no Australian official attended Mr Habib's place of detention'' there. However, it was also found that the government did not safeguard his welfare through consular assistance, and that ASIO provided information that may have been used in Habib's questioning in Egypt without determining how he was being treated.

The federal government has apparently accepted some responsibility for Habib's mistreatment in making a confidential financial settlement. This is not sufficient. The matter is of such public importance that the public should be told how much money has been paid, and what role has been acknowledged by the government.

The case of David Hicks is even less satisfactory. His own allegations and those of third parties that he was mistreated and tortured have never been tested, nor adequately responded to. His case ought to be the subject of an independent inquiry to shed light on the circumstances of his detention and to determine what role, if any, Australian officials played in this.

Instead of opposing the use of torture, Australia supported Guantanamo Bay and what occurred there. We let inaction and acquiescence speak on our behalf. It is important these mistakes be recognised publicly, and responsibility accepted, to avoid a future government following the same path.

George Williams is a Scientia Professor of Law at UNSW.

A report has found that after the attacks of September 11, 54 nations - including Australia - participated in the CIA's torture and detention of 136 terrorist suspects.

Even heroes must comply with the laws of the land