With just seven members, the outcomes of judicial deliberation on the High Court can be affected by a single change in its ranks, writes Andrew Lynch. 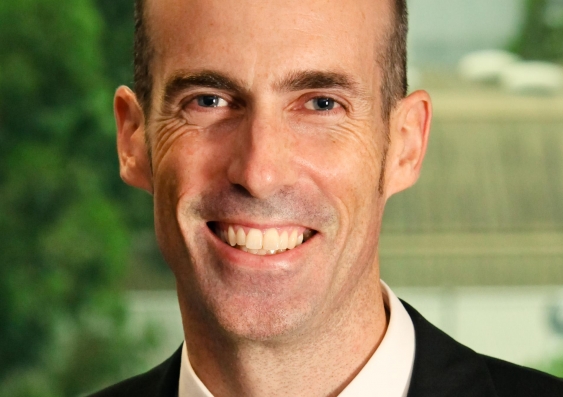 OPINION: The High Court is a paradox. On the one hand, very few public institutions enjoy its reputation for solidity and permanence. On the other, the court frequently changes and develops in surprising ways, with the departure of one justice and appointment of a new one being an especially powerful catalyst.

Former chief justice Anthony Mason confirmed this just last year when he remarked: “The way in which a court works depends in large measure on the personalities of, and the relationship between, its members. The dynamics of that relationship vary considerably and can change dramatically in an enclosed community like the High Court.”

With just seven members, it is hardly surprising that both the process and the outcomes of judicial deliberation on the court may be affected by a single change in its ranks.

This must be even more so when the bench experiences a number of turnovers in swift succession.

Last year was just such a year. By year’s beginning, two formidable presences on the court, judges William Gummow and Dyson Heydon, had headed into their post-judicial careers.

Gummow is teaching at the University of Sydney, and earlier this week the Abbott government announced Heydon’s appointment to conduct the royal commission into union corruption.

Their replacements were judges Stephen Gageler and Patrick Keane - both appointed by former ALP attorney-general Nicola Roxon. While the court’s two newest members did not assume their duties simultaneously, their respective tenures began in sufficient proximity that we may regard the court as having been significantly altered in the space of just a few months.

The extent of the change is made clear by a statistical study of how the judges of the High Court decided the cases that reached them last year, conducted by George Williams and me. We have carried out similar surveys going back to the court’s decisions of 1998.

Throughout all that time, there have been two markedly consistent features of the court’s decision-making. First, there was one partnership of judicial co-authoring, between judges Gummow and Kenneth Hayne, which stood out among the ranks of the majority for its consistent frequency, particularly in constitutional cases.

Second, the court has had one member - having been firstly judge Michael Kirby and then Heydon - with an especially high rate of minority opinions relative to his colleagues. Both these judges had years when they were in dissent in more than 40 per cent of cases - far higher than the levels of disagreement reached by others on the bench both now and over the court’s whole history. Both these features of the court’s decision-making faded from view last year. With Gummow and Heydon gone, the current seven justices are reaching decisions in ways that depart from the typical patterns of previous years.

So last year it was hard to single out any particular judicial partnership as significant. The most regular co-authoring last year occurred between judges Susan Crennan and Susan Kiefel. They reached the same level - about 70 per cent of the cases they heard - attained by Gummow and Hayne in earlier studies.

But each has written just as often, if not more often, with other members of the court in previous years. So there is no reason to suspect they will continue to be each other’s most frequent co-author this year and Crennan is due to retire next year.

More generally, the court wrote together far more often than in the immediately preceding years.

The delivery of single unanimous opinions leapt from 13 per cent in 2012 to 38 per cent last year, which is a reasonably high figure, historically.

The absence of Heydon was a critical factor in this since he had deliberately distanced himself from judicial deliberation with his colleagues. He publicly justified this on the ground of achieving complete judicial independence and in the last 18 months of his tenure Heydon only wrote alone.

This meant that a unanimous opinion was impossible whenever he was sitting.

At the same time, Heydon also lifted the number of cases decided over a minority opinion due to his high rate of dissent. So it was unsurprising that last year, the number of cases in which there was disagreement as to the court’s final orders continued to fall. While half of the matters heard in 2011 produced a dissenting opinion, in 2013 it was only a quarter.

The two new judges distinguished themselves in interesting ways in their first year on the bench. Gageler had the highest rate of dissent. But at just under 14 per cent of the cases on which he sat, Gageler clearly has some way to go before he can be said to have stepped into the shoes of Kirby or Heydon.

He and Keane displayed rather different tendencies regarding co-authorship. Gageler wrote with others on no more than about a third of cases on which he sat. Keane, on the other hand, decided more than 60 per cent of the cases he heard by writing with Chief Justice Robert French, Crennan, Kiefel and Bell.

As a matter of raw numbers, Keane co-authored more opinions than Gageler, even though he sat on significantly fewer cases.

Only time will tell whether these early signs from Gageler and Keane of a propensity to write separately or jointly continue, or whether they are merely reflective of the issues in the particular cases of last year and the composition of the benches that decided them.

What is for certain is that while the authority of the court maintains its steady presence in Australian public life, behind the bench the institution has changed once more.

Andrew Lynch is director of the judiciary project at UNSW's Gilbert + Tobin Centre of Public Law.

The opinion piece was first published in The Australian.

To what extent can a country’s wealth be influenced by public policies such as tax, pension and super?

Why public housing is stigmatised and how can we fix it