More political leadership is needed if the push for constitutional recognition is to emerge from its prolonged holding pattern, writes Paul Kildea. 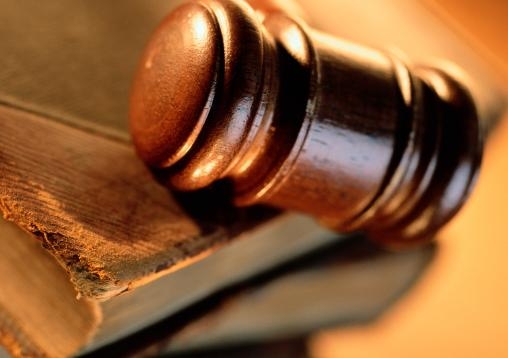 The report is a careful document, which acknowledges the complexity of achieving reform in this area. It also lays bare the significant political and legal challenges that must be overcome for a referendum to succeed.

The push for constitutional recognition of Australia’s first peoples has been in a holding pattern in recent years. Former prime minister Julia Gillard promised a referendum on the issue in the 2010-13 parliamentary term. She later postponed these plans due to a lack of community awareness and support.

What would ‘recognition’ involve?

Earlier this year, prime minister Tony Abbott and opposition leader Bill Shorten reaffirmed their support for constitutional recognition. But the major parties have generally been disinclined to discuss matters of detail. What sort of “recognition” are they willing to endorse and when might a referendum be held?

The blueprint remains the extensive 2012 report by the Commonwealth’s Expert Panel co-chaired by Patrick Dodson and Mark Leibler. The panel made five recommendations for constitutional amendment. These included: inserting a statement of recognition, removing racially discriminatory provisions (such as section 25, which contemplates race-based voting exclusions in the states), creating a federal legislative power with respect to Aboriginal and Torres Strait Islander peoples, and inserting a prohibition against racial discrimination.

Although the panel’s report is now more than two years old, neither side of politics has responded to its specific recommendations. This has created uncertainty. Does the silence suggest the major parties are uncomfortable with the recommendations, particularly the more substantive ones? Is cross-party support possible only for symbolic forms of recognition, such as those that might appear in a constitutional preamble?

The joint select committee’s interim report was widely anticipated because it promised to bring clarity to these matters. The committee’s view cannot be taken as a reflection of the government’s position, or of the parliament as a whole. However, its multi-party membership – it is chaired by Liberal MP Ken Wyatt and has Coalition, Labor and Greens members – means it offers insight into what reforms might attract broad support.

The case for multi-faceted reform

Such broad political support is critical. In over a century, no referendum has succeeded without bipartisan backing.

It is significant, then, that the interim report favours multi-faceted reform that goes beyond mere “symbolic” forms of recognition. The committee says any referendum proposal must meet three objectives if it is to succeed: it must recognise Aboriginal and Torres Strait Islander peoples as the first peoples of Australia; it must ensure the federal parliament retains its power to legislate with respect to Indigenous people; and it must prevent the parliament from using that power in a way that discriminates against Aboriginal and Torres Strait Islander peoples.

In line with these objectives, the committee favours the repeal of section 25. It also supports replacing section 51(xxvi) – which allows the parliament to make laws about “the people of any race” – with a specific legislative power with respect to Aboriginal and Torres Strait Islander peoples.

It is noteworthy that the committee has reached multi-party consensus that the referendum should advance the principle of non-discrimination. This will please those advocates who had worried that this aspect of recognition would be abandoned. However, potential obstacles remain.

Technical drafting issues need to be confronted. The report demonstrates the difficulty of finding a form of words that would prevent the parliament from legislating in a discriminatory way against indigenous peoples. And many will be unhappy that the committee expresses reservations about a general prohibition on racial discrimination that would apply to all federal and state legislative action. These are potential flashpoints in future debates.

The interim report therefore confirms that cross-party support for substantive constitutional recognition is a real possibility. Unfortunately, it has less to say about what sort of process might deliver a successful referendum.

The path ahead remains as murky as ever. The government is considering the interim report. Presumably this will inform the draft amendments that it plans to release by the end of the year.

The committee has flagged the release of a further interim report before its final report in June 2015. A separate advisory group will publish its report in September. Despite the flurry of reports, the timing of a referendum is no clearer – this term, at the 2016 election, or later?

It is also unclear how the government intends to promote public education and popular ownership of the reforms. A February poll showed that only one in two Australians was aware that constitutional recognition is an issue.

Public awareness is growing steadily, thanks largely to campaign group Recognise. But the reform process remains in a holding pattern.

At some point more political leadership is needed if the push for constitutional recognition is to emerge from its prolonged committee stage and become a “barbecue stopper”.

With a vote delayed, where does this leave constitutional recognition of Indigenous Australians?