The Federal Government's announcement of a referendum on recognition of local councils in the constitution is a sensible one, but that is not enough to guarantee success, write Nicola McGarrity and Lyndon Goddard. 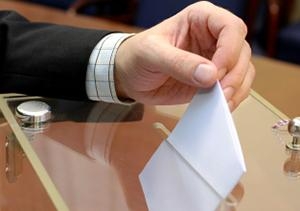 OPINION: Australians will now have an additional ballot paper to fill out on election day in September. The Federal Government announced yesterday morning that they will also be asked to vote 'Yes' or 'No' to recognition of local councils in the constitution.

We're still waiting on the precise wording of the proposal. But its essence is clear. An Expert Panel set up in 2011 advised that there should be 'financial recognition' of local government in the Australian constitution; in other words, that the Federal Government should be given a power to directly fund local councils.

The proposal is by no means ground-breaking. It doesn't deal with some of the most vexed constitutional issues in Australia - the framework of our federation, the republic or the place of Indigenous Australians. But it is nevertheless a commonsense one.

There are many anachronisms in the constitution. The failure to mention local councils is one of them. When the constitution was drafted in the 1890s, little thought was given to these bodies. They were responsible only for the three Rs - 'roads, rates and rubbish'. And further, they were seen not as independent but as creations of the state governments.

This is clearly no longer the case. Local councils provide myriad services that we all take for granted - footpaths, drainage, aged care, health care, fire-fighting, libraries, art galleries and museums. The proposal would - as the Federal Government says – be "modest but important". It would recognise the important role that local councils now play in our federation. They are the third tier of government, which is, even more importantly, the tier that is the closest to the Australian people.

But the proposal is not just a symbolic one. It is also concerned with practicalities. Some of the services provided by local councils are already threatened by the dire financial situation that many councils find themselves in. This was highlighted recently during debates in NSW about the prospect of amalgamated 'super councils'.

The proposal is not a panacea for the financial problems of local government. It is much more modest than that. What it seeks to do is to protect the ability of the Federal Government to provide direct funding to local councils. Programs such as Roads to Recovery - a popular federal-local partnership that funds the maintenance of roads and related infrastructure - face an uncertain constitutional future in the wake of recent High Court decisions. The same could be said of the Federal Government's direct funding of thousands of small community infrastructure projects in response to the GFC.

The constitution does allow the Federal Government to funnel money to local councils through the states. And opponents of the proposal have suggested that the Government should just stick with this approach. The problem is the administrative inefficiency of involving the states simply as 'middlemen' - in 2006, it was estimated that around $18 million was wasted in this way. This approach also involves considerable delay in providing much needed money to local councils. Given these realities, it makes sense to amend the constitution to explicitly permit direct funding of local councils. This would surely be preferable to the current inefficiencies.

Another common argument against the proposal is that it doesn't do enough for local councils. A better referendum proposal might guarantee a minimum amount of funding to these bodies or give them more freedom from state control. But the present proposal represents a compromise position. It is one founded in pragmatism and an understanding of the history of constitutional change in Australia.

Any Australian referendum is fraught with difficulty - only eight of 44 proposals put to a referendum have been successful. The last successful referendum was 36 years ago. We have already seen two proposals on recognition of local councils fail. In large part, this was due to a lack of bipartisan support for the proposals - both amongst the political parties and across the tiers of government.

This time, however, most of the states appear to be supportive. Only Western Australia's Premier, Colin Barnett, has indicated that he would actively campaign against it. At the federal level, the Opposition has expressed its in-principle support, although it is unclear whether this will translate into strong public endorsement.

Perhaps the greatest risk with this proposal is that it will fail to ignite the popular imagination. Australians are notorious for their 'if it ain't broke, don't fix it' attitude. It takes a lot to get us to tick the 'Yes' box on the referendum form. For reasons that are perhaps self-evident, local councils do not tend to generate feelings of warmth or enthusiasm among ordinary citizens.

The only way that this referendum is going to succeed is by pointing to the tangible, everyday benefits that local councils provide, and emphasising the greater ease that these services could be delivered if direct funding by the Federal Government was guaranteed. This is the greatest challenge for advocates of the proposal and it is going to take some time to achieve.

This proposal is a sensible one. It responds to a clear inconsistency between the important role of local councils in Australian governance and an inefficient funding process provided for in the constitution. But as Australia has learned on so many previous occasions, common sense does not guarantee referendum success.