The commonwealth and NSW governments' proposals regarding judges' remuneration packages raise the issue of public confidence in the consistency of quality throughout the court system, writes Andrew Lynch. 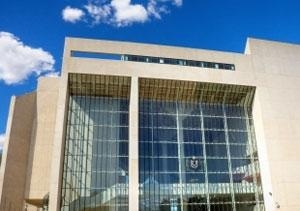 OPINION: Australia’s federal system regularly throws up obstacles to the simplest of plans. Presently, the commonwealth and NSW governments have cause to reflect on this in the context of proposals they have announced that affect the remuneration packages of judges.

Although judges are appointed to serve in the federal or state courts, all governments need to appreciate the existence of the nation's judiciary as a single class. What a government proposes to do to the judges of one court system may have wide repercussions.

The Gillard government has found this to be a complicating factor in its plans to levy a 15 per cent tax on the superannuation earnings of those 16,000 retired Australians whose funds pay more than $100,000 a year. Soon after the announcement was made, the government conceded that the defined benefit pensions of state judges as well as retirement payments to state politicians would be exempted from its new tax. Given the small pool of those eligible to pay the new levy, this is a significant carve-out.

The reason the government yielded on the point so swiftly is that two High Court decisions in the past decade make it clear that the states enjoy a constitutional immunity from commonwealth laws that impair their capacity to determine how to best remunerate their judicial officers and parliamentarians.

In the 2003 case of Austin v Commonwealth, the court ruled invalid a commonwealth levy on state judicial pensions that aimed to impose a liability equivalent to that applied to the superannuation savings of others in the community. The court rejected the ``equal treatment'' characterisation of the law and instead emphasised its distinctive application to ``high-income constitutionally protected superannuation funds''.

The key difference was that private ``high-income earners'' did not have the tax imposed on them personally. It was paid by their superannuation provider, although the fund presumably reduced the individual's benefits accordingly.

But as the states could not be directly taxed in the same way for the pensions they paid to judges on retirement from their courts, the commonwealth imposed the levy on the judges personally at the time of retirement. To meet this massive liability, some states enabled judges to commute their pension to receive a lump sum on leaving the bench.

The need for this response only confirmed the High Court's view that the tax was invalid. It infringed the constitutional implication that as sovereign governments in the Australian federal system, the states are guaranteed an irreducible degree of independence and integrity.

Commonwealth laws that constrain the ability of the states to attract and retain the services of individuals at the ``higher levels of government'' risk invalidity under this rule.

In the 2009 case brought by Ralph Clarke, a retired South Australian politician, the result in Austin was confirmed in respect of the effect of exactly the same commonwealth tax as it applied to the state pensions of former parliamentarians.

So the commonwealth is only prudent to exempt these persons from its new plan to tax retirement funds. However, in doing so, it faces another dilemma.

Judges in the commonwealth's own courts obviously do not enjoy the protection recognised by the High Court in Austin as arising from the constitutional integrity of the states. Arguably then, the commonwealth's compliance with constitutional principle, in granting the exemption in respect of state judges, impairs its own capacity to attract the best candidates for judicial office relative to the states.

Those at the top of the legal profession in this country may be sought by either level of government for the judiciary and a stark disparity in the overall financial rewards may well affect which courts secure their services.

The simplest way to avoid that outcome is for the commonwealth to extend the exemption to its own judiciary. This, however, will further diminish the revenue base of its tax.

The need to be mindful of maintaining an essential parity of remuneration across the nation's judiciary is also an important factor in the opposition towards a bill awaiting debate in the NSW parliament. The bill will require the setting of that state's judicial salaries by the Remuneration Tribunal ``to give effect to declared government policy'' in regulations made to the act.

The prospect of government interference of this sort in the judicial arm has aroused constitutional objections. But additionally there is the fear as to what falling behind judicial pay rates may mean for the courts of NSW.

Since the early 1990s, judicial salaries across the federal and state systems have been closely linked with little variation. In paying their judges, Queensland and Victoria go so far as to stay in perfect lock-step with Federal Court pay rates. This commonality aims to ensure quality across the judicial class of Australia. If NSW detaches from this consensus on judicial remuneration it risks appointment to its courts being markedly less attractive to the best and brightest. They may simply prefer to wait for a better offer.

So, the economic policies of two Australian governments have led them recently to sail into waters in which the complexities of the judiciary as a profession in a federal country have created perhaps unanticipated difficulties.

Undoubtedly there are matters of constitutional principle in play.

But there also are important policy issues about public confidence in the consistency of quality throughout the court system.

On that score, no government can afford to go it alone.

Professor Andrew Lynch is a director of the Gilbert + Tobin Centre of Public Law at UNSW.