Opinion Covert recordings as evidence in court: the return of police ‘verballing’?

Law reform is urgently required to make it far harder for inaccurate and misleading transcripts of conversations to be accepted as reliable evidence, argues Helen Fraser. 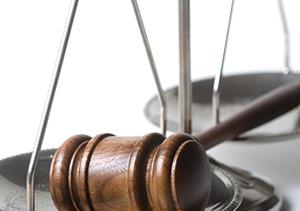 OPINION: Today, we take it for granted that police interviews with suspects will be electronically recorded and independently transcribed. That hasn’t always been the case. Police were once allowed to testify – with no evidence other than their own notes – that a suspect had made a “verbal confession”, with courts liable to accept the officer’s word against that of the defendant.

During the 1990s, reforms aiming to prevent this kind of “verballing” (and false accusations of verballing), were brought on by widely publicised investigations such as the Wood Royal Commission.

What is not so well-known is that at around the same time, other reforms were inadvertently giving police a new way to “put words in suspects’ mouths” – this time without even needing a conscious intention to do so.

The context was the increasing use of legally obtained covert recordings from listening devices or telephone intercepts. These can provide valuable evidence not available by other means. However, uncontrollable conditions mean their audio quality is often very poor, to the extent no-one can make out what is said – except police working on the case.

For this reason, the law now allows police to present transcripts of indistinct audio they have listened to many times – in the role of a so-called “ad hoc expert”.

But police have no real expertise in transcription, so their transcripts are often inaccurate, incomplete or otherwise unreliable.

To guard against unreliable transcripts influencing juries, legal practice requires the judge to caution that the real evidence is the audio, and the jury should rely on their own ears to determine what is said, using the transcript only as an aid.

But is this a sufficient safeguard? Long-established findings from the science of phonetics suggest it is unrealistic to expect a jury to resist the “priming” effect of an inaccurate transcript.

This was confirmed by a 2011 experiment using the “disputed utterance” from a real murder trial. Participants played the audio repeatedly, while evidence from the case was gradually revealed to them. At a certain point, the (inaccurate) police transcript was suggested.

This graph shows how easy it is for listeners to be influenced by an inaccurate transcript and, crucially, how hard it is to “unhear” words once they have been “heard”.

At first, virtually no-one heard anything like the police transcript, but as soon as it was suggested, one-third confidently “heard” the suggested words. More importantly, many continued to “hear” the words, even after being told that experts on both sides agreed those words had never been spoken.

Recent experiments take these results further, using an excerpt from a long, barely audible conversation used in another murder trial, and again priming participants with an inaccurate police transcript.

One finding, graphed here, is that when participants were encouraged to listen carefully and critically to the audio, almost all who had accepted the police transcript when it was suggested now rejected it. The police transcript is not only inaccurate, but implausible.

This raises the question: why was the manifest inaccuracy of this police transcript not picked up by either the defence or prosecution – before it was admitted as evidence for a jury to evaluate?

Part of the answer is suggested by another finding shown in the graph above. Those who knew the context of the case were more likely to agree with the inaccurate transcript, and less likely to reject it when an alternative was suggested, than those who heard the recording “cold”.

Perhaps it is not just juries who can be “primed” by an inaccurate transcript.

Lawyers involved in a case, whether for prosecution or defence, always know the context. Of course, in principle, they should check the audio and its transcription critically, as they do other evidence, and if necessary send it for evaluation by an independent expert. However, there are reasons why they might be inclined simply to accept the police version.

Listening carefully to lengthy, barely audible recordings is unpleasant and time-consuming. Participants in the experiments spent at least ten minutes listening to a 14-second excerpt. At that rate it would take around 20 hours to critique the transcript of the entire half-hour recording.

It is surely understandable, then, if lawyers accept the assurance – offered by the law itself – that police “ad hoc expertise” means the transcript is likely reliable, and in any case the jury will be cautioned to listen carefully to the audio, using the transcript only as an aid.

The problem is that the law on this topic is unsound. Police are experts in solving crimes, not in transcription – and can themselves be unconsciously “primed” by their knowledge of the case. And surely it can hardly be reasonable to expect juries to spend the time needed to check police transcripts against the audio, when lawyers do not?

It is important to emphasise that none of this constitutes criticism of individuals in the law and law enforcement professions.

Reliable, unbiased evidence is best achieved not by the will of individuals but by the design of the system. That is why medical science (for example) has developed a system of double-blind analysis of experimental results.

The stakes in criminal trials are no less high than those in medical trials. Law reform is urgently required to make it far harder than it currently is for inaccurate and misleading transcripts to be accepted as reliable evidence.

In the meantime, it is up to individuals to prevent this new form of “verballing”, by making themselves aware of how commonly police transcripts are inaccurate, and how easily inaccurate transcripts can “prime” listeners to “hear” words that were never spoken.

Helen Fraser is an Adjunct Senior Lecturer in Law at UNSW.