By abolishing the independent monitor of Australia's anti-terrorism laws, the Abbott government is choosing to ignore evidence of how far the laws overreach, writes George Williams. VIDEO 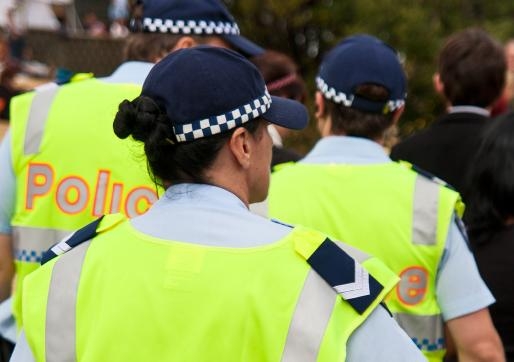 OPINION: The Abbott government's plan for a repeal day of laws and regulations has thrown up a surprise. Among the thousands of changes is a proposal to abolish the independent monitor of anti-terrorism laws.

The decision to do so is unfathomable. Repealing the office will do nothing to liberate people from bureaucracy and red tape. In fact, it will frustrate that aim.

Australia has an independent monitor of anti-terrorism legislation because these laws are some of the most extraordinary ever passed by Federal Parliament. They grant powers normally only conferred during wartime, and enable governments to question, detain and watch citizens with high levels of secrecy.

Key aspects of these laws were copied from Britain, which has had independent reviewers of its anti-terrorism laws since the 1970s. The idea there, as in Australia, is that exceptional laws of this kind require constant vigilance. They need to be monitored by an independent person who has access to the secret activities of government.

Sydney barrister Bret Walker, SC, was appointed Australia's independent monitor in 2011. He has delivered three reports, with a fourth on the way. He has done everything that could be asked of him, compiling meticulous, forensic examinations of Australia's anti-terrorism laws.

Walker's access to classified material has given him an understanding of the challenges faced by law enforcement and intelligence agencies. Not surprisingly, his reports reveal him as someone aware of the dangers posed by terrorism, and the need to protect the public with anti-terrorism laws that are strong and effective.

Walker's reports identify a long list of problems with Australia's anti-terrorism laws. Some are poorly drafted, and therefore ineffective, or actually counterproductive. Some are not needed because they play no useful role in preventing terrorism. Others are dangerous because they undermine democratic values such as freedom of speech, the right to a fair trial and the presumption of innocence.

All this provides a road map the Abbott government may have used for an anti-terrorism law repeal day. Walker's reports are a goldmine of information about laws that can safely be removed from the statute book as a means of freeing people from unnecessary, and even hazardous, government regulation.

One example is control orders. They can regulate almost every aspect of a person's life, ranging from where they work or live, to with whom they can talk, all without a trial. The regime has been used only twice, for Jack Thomas after his convictions were quashed by a court and David Hicks on his return from Guantanamo Bay. The use of control orders in both cases was highly questionable, and none has been made since 2007.

Walker has found, after studying these cases and the files of Australian government agencies, that the control order regime is ''not effective, not appropriate and not necessary''. He recommends it be repealed, or at least rewritten to apply only to convicted terrorists who remain a danger to the public.

Other measures that Walker has found can be repealed include the controversial law that enables ASIO to detain in secret for up to a week Australian citizens not suspected of any crime, and preventive detention orders, by which a person can be held, but not questioned, without charge for up to 14 days. Neither has ever been used.

If there is a problem with the independent monitor, it is not in Walker's work, but in the failure to act on any of his findings. The official response has, to say the least, been underwhelming. The Gillard government released Walker's most important report at 5pm on budget day last year, a time calculated to provide minimal public exposure. It then failed to respond to the report. The Abbott government has also failed to respond to any of Walker's reports.

The Abbott government says the independent monitor should be repealed ''to reduce bureaucracy and streamline government''. It also says the experience with the monitor has ''provided a valuable opportunity to reflect on the optimal form that such oversight should take'' and that, ''with the benefit of this experience, the government considers that placing the laws in a constant or continuous state of wholesale review has not proven to be the optimal form of oversight''.

This is undoubtedly true from the perspective of this and the previous government. Walker has thrown up a host of examples of where Australia's anti-terrorism laws overreach themselves or are in bad shape. Moreover, he has been able to do so with enormous credibility and authority given his expertise, independent status and access to the government's own secret information. This is not something any government lacking the political will to tackle problems with these laws wants to hear.