UNSW alumnus Damien Miller will become Australia’s first indigenous head of an overseas mission when he takes up his posting as Ambassador to Denmark this month. 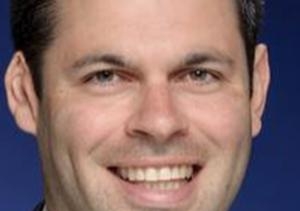 UNSW alumnus Damien Miller will become Australia’s first indigenous head of an overseas mission when he takes up his posting as Ambassador to Denmark this month.

Miller graduated form UNSW with a Bachelor of Arts and Bachelor of Laws in 1998. He also holds a Graduate Diploma in Foreign Affairs and Trade from Monash University.

Announcing the posting, Foreign Minister Bob Carr said Miller -- a career officer with the Department of Foreign Affairs and Trade (DFAT) -- would also serve as non-resident Ambassador to Norway and Iceland.

He was recently Deputy Ambassador to Germany and has previously served in the Australian High Commission in Malaysia.

Miller told SBS radio that being the first Indigenous head of mission was a significant personal achievement.

“It is a real privilege and honour to be the first Indigenous ambassador,” he said. “There have been Indigenous people working in the Department (of Foreign Affairs and Trade) for many years … there are 49 and 12 working overseas. To be the first (Ambassador) is a great honour not only for me, but for my family and for Indigenous Australians."

Born in Brisbane, Miller’s family is from the Gangalu people from the Rockhampton region in central Queensland. In 1993 he was selected Aboriginal Scholar of the Year by the National NAIDOC Committee and while at UNSW received the Michael Harmer and Associates prize for first place in industrial law.

He entered DFAT in 1999 as a graduate straight from UNSW.

The number of Indigenous people progressing through DFAT marked a wider trend in society, Miller said.

“It’s a long process over many years where you see more Indigenous people turning up in all different areas whether it be government, the first Indigenous ballerina in the national ballet, or Indigenous sports people excelling in all manner of sports internationally.

“It is a mark of the progress being made.”