People often view the dismissal of the Whitlam government as unique, and never to be repeated. However, our recent political history suggests otherwise, writes George Williams. 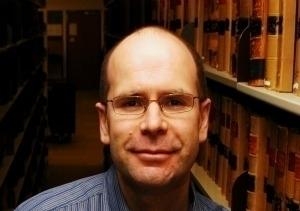 OPINION: Next month's 40th anniversary of Gough Whitlam's election reminded me of striking similarities between the political landscape of 1975 and today. Both eras have seen a determined and focused opposition using every tool at their disposal to bring down a Labor government.

In each case, the opposition has sought to bring on an early poll by destabilising the government and undermining its legitimacy. Hence, Whitlam was cast as an aberration after 23 years of unbroken conservative rule. The opposition argued that this required a quick correction.

Julia Gillard suffers from a different problem. The right to govern is usually established by winning a majority in the House of Representatives. A hung parliament frustrates this, leaving no one with a clear mandate.

Maintaining stability in these circumstances can be fraught, and indeed the last hung federal parliament of 1940 saw three different prime ministers. Despite this, and a withering attack on Craig Thomson and his support for the government, Gillard has managed to survive.

Even the rhetoric of the eras is similar. At the time, opposition leader Malcolm Fraser described the Whitlam government as the worst in Australia's history, saying that: ''The incompetence, the damage, the failures of the worst Government in our history cannot be ignored.''

Tony Abbott often makes the same argument about the Gillard government. He has also rejected the suggestion that it is merely the worst since Whitlam, saying ''that's unfair - to Whitlam''.

The bitter and unproductive partisanship of the present political landscape is by no means unique. Indeed, the similarities between the 1970s and today throw up a larger, unresolved problem.

The Whitlam government was sacked by then Governor-General Sir John Kerr on November 11, 1975. Kerr did so in response to the Senate blocking the government's budget bills. In effect, he saw the Senate's actions as giving rise to a vote of no confidence in the government.

The dismissal triggered the biggest crisis in Australia's political and constitutional history. It destroyed one government, and undermined the legitimacy of the next. It also introduced a flaw into our political system by which a government formed after receiving majority support in the lower house can be destabilised and destroyed by a countervailing majority in the Senate.

Unlike Whitlam, Gillard's numbers problem lies in the House of Representatives rather than in the Senate. However, if things had been configured differently, Abbott could have followed Fraser's example of blocking supply in the hope of toppling her government.

People often view the events of 1975 as unique, and never to be repeated. Our recent political history suggests otherwise.

If Kevin Rudd is right that Abbott ''is willing to obtain political power at any price'', an Abbott armed with numbers in the Senate could have applied the Fraser precedent. He would have been sorely tempted to force a government that he sees as worse than Whitlam's to an early election.

This avenue to power has not been closed. A hostile Senate can still deny a government the money it needs to function. If this occurred, the Governor-General would again be put in the midst of a constitutional crisis. Nothing has been done to change Australia's system of government to prevent this. Indeed, the failure to do so leaves it open for people to argue that Australians accept that this can occur again.

This needs to be fixed, and there are several ways of doing so. The most obvious is to adopt the example of the NSW Constitution, which provides that a budget bill can become law even if the upper house refuses to pass it.

For many years, the wounds of 1975 have been too raw for Australia's political parties to solve this problem. The debate has inevitably reopened questions about who was in the right. There is no definitive answer to this, only assertions coloured by a person's political persuasion.

Over time, the rage from 1975 has faded, and been replaced by a complacency that no one will follow Fraser's path to power. However, the only thing that prevents an opposition leader from doing so is self restraint. If the opportunity beckons, there is no convention or rule to prevent the crisis of 1975 occurring again.

China's bellicosity opens doors for US