Viewers may not have noticed that Downton Abbey is actually about property law. Like Jane Austen’s 'Pride and Prejudice', the central dilemma of the series is the existence of a fee tail, writes Cathy Sherry. 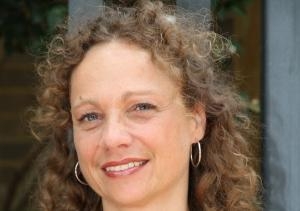 OPINION: Dim the lights, don the snuggie and pass the chocolate; Downton Abbey is back.

Amid all the mooning over Matthew and Mary, viewers may not have noticed that Downton Abbey is actually about property law. Like Jane Austen’s Pride and Prejudice, the central dilemma of the series is the existence of a fee tail.

The fee tail stipulates that Grantham Estate cannot be left to beautiful, intelligent, spoilt Mary, but must pass to the nearest male relative, Matthew, a Manchester solicitor. Arguably worse than Austen’s odious Mr Collins in Pride and Prejudice.

Fee tails served an important purpose for a feudal system in which status and wealth were largely determined by accident of birth. Leaving land by will with an entail ensured it would pass down a specific line of descendants and not be dissipated among people unrelated by blood. In the event that a particular line of descendants stopped, the land would revert to the original donor’s family.

Fee tails suited a feudal system of land ownership but they did not suit emerging or fully-fledged capitalist democracies.

First, fee tails were economically stultifying. The interest was effectively only an interest for the life of the current entail holder and thus (invariably) he could not raise money with it, sell it or lease it for longer than his life. Not surprisingly, tenants didn’t like to invest in leases that abruptly ended when their landlord fell off his perch.

Judges and lawyers waged a war of attrition against fee tails for centuries, developing ingenious legal devices to defeat them.

On a micro level, this would give the current holder the economic freedom to deal with his land as he pleased; on a macro level, it forced land out of the hands of families and on to the emerging, free land market. The Dowager Countess engages Matthew to investigate one of these legal devices, although we can be confident that she was not interested in facilitating the onward march of modern capitalism whose values are so antithetical to her own.

Second, fee tails were not just at odds with economic freedom but personal freedom and autonomy; at the risk of understatement, values that had been gaining traction for some time. In the 17th century, the English middle classes had fought hard to free themselves, and most importantly their property, from the arbitrary interference of monarchs. In the 19th century John Stuart Mill wrote eloquently about the necessary limit of government and social power over the individual; so long as people caused no harm to others, they were free to act as they pleased. This concept underpins modern land law, (as long as you don’t live in strata, but that’s another story).

As an early 20th century aristocrat, Lord Grantham’s autonomy is not threatened by the government or monarch, but it is by his own ancestors. The fee tail allowed long-dead ancestors to determine land-use and disposition for generations to come. It is an example of “dead-hand control”, the nemesis of modern property law.

There is a delicious irony in the Dowager Countess and Mary’s frustration with Lord Grantham’s inability to freely determine to whom he leaves the land.

Personal freedom is a concept they have learned from the despised middle classes, the very people they are trying to keep the land from. Further, while they would like autonomy and agency for themselves, unlike the politically progressive Lady Sybil, it is not something they want to extend to their own housemaids or chauffeur.

Lord Grantham is at least consistent in his social theory. He does not want his chauffeur to have control of his own life, but neither does he want it for himself. He believes he is the temporary caretaker of his land, not its absolute owner in any modern sense.

The fee tail dilemma is a metaphor for a family trapped between two worlds. The dying world of an aristocracy with its roots in a feudal system and the new world of the capitalist, democratic state. Fittingly, fee tails were abolished in most common law jurisdictions, including the United Kingdom, by the 1920s.

Of course the fee tail dilemma is also a metaphor for the all important dilemma of love. Should Mary marry in the tradition of her ancestors, for money, status and wealth or should she embrace the values of the modern world, exercise her personal freedom and marry for love?

We’ll all have to get back to the sofa and snuggie to find out.

Cathy Sherry is a senior lecturer in UNSW's Faculty of Law

Property stockpiling deprives others of a basic necessity