Drug prohibition infringes the common law right to silence and the right to be presumed innocent until proven guilty, write Ben Mostyn and Helen Gibbon. 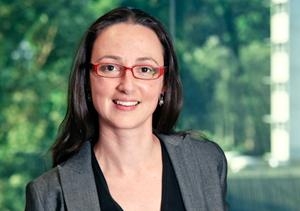 OPINION: Recent reports into the criminalisation of drugs in Australia have all concluded that the criminal law is a counterproductive and harmful way to deal with the issue of drug use and addiction, and that prohibition has failed.

It is now time for the legal profession to add its voice to the community's calls for reform.

Australia's criminal law has developed over centuries, by legislation and through the courts as part of the common law. Out of this development came some basic concepts that all law students are taught early in their legal education: mens rea (guilty mind); actus reus (guilty act); the presumption of innocence; the right to silence; and the "golden thread" of the criminal law, that the prosecution bears the burden of proving guilt beyond a reasonable doubt.

Throughout history the common law has never developed criminal offences of drug possession or drug supply. Drug offences are mala prohibita (wrong because prohibited). That is, the drug laws have been created by parliaments over the past century or so. In this time, parliaments have severely eroded and ignored the basic concepts of criminal law that are deeply entrenched in the common law and that underlie legislation.

Due to the widespread popularity of illegal drugs and the fact that only a tiny proportion of drug transactions and drug use are caught by the authorities, parliaments around Australia and the world have continually created legal fictions and extended criminal liability to make it easier to prosecute drug offences.

Some of these legal fictions include: "deemed drug" provisions, where supplying a harmless substance (such as parsley or flour) will be considered supplying an illicit drug if you misrepresent it as such; "deemed supply" provisions, where if you are found to be in possession of a certain amount of drugs it is assumed you had it in your possession for the purpose of supplying it to other people; and "deemed possession", so that if a drug is found in your house it is assumed you are the owner of it, unless you can convince a jury that you had no knowledge of its presence.

All of these creations fly in the face of traditional common law. They infringe the common law right to silence and the right to be presumed innocent until proven guilty. Instead, the onus falls on the defendant to prove innocence. They also erode the concept that the criminal law should only punish acts where a criminal act coincides with criminal intention.

The drug laws have eroded some of the most important protections the common law has given us. It is no surprise then that in many of the common law jurisdictions that have introduced human rights charters, drug laws have been found to be incompatible with them. In the United Kingdom, Canada, New Zealand, and Victoria, drug laws that reverse the burden of proof have been found to be inconsistent with human rights charters that codified the right to be presumed innocent until proven guilty.

In Australia, Victorian woman Vera Momcilovic was arrested when police found at various locations in her apartment (including the refrigerator and the kitchen cupboard) quantities of methylamphetamine. Momcilovic was adamant that the drugs were her boyfriend's (a convicted drug trafficker) and that she had no knowledge of their existence.

Momcilovic was found guilty in 2008 under the Victorian Drugs, Poisons and Controlled Substances Act 1981, which states that if a drug is found on the premises that you occupy, you are effectively in "possession" of them, unless you can satisfy a court otherwise.

Further, under the deemed supply provisions, Momcilovic was presumed to be a drug dealer. She was unable to disprove both of these legal fictions and was convicted of trafficking in a drug of dependence.

The Court of Appeal in Victoria was asked to decide if the drug laws violated the state's new Human Rights Charter Act. The court held that the section requiring Momcilovic to prove she did not know the drugs were in her house was inconsistent with the Charter Act, which provided that people are to be presumed innocent until proven guilty. While the court issued a "declaration of inconsistency", Momcilovic's conviction was upheld.

Momcilovic appealed to the High Court. Unfortunately, the High Court left intact both legal fictions, but at least held that one (deemed possession) was not applicable to the other (deemed supply), and Momcilovic was granted a retrial.

The Australia21 report, released by a group of eminent Australians including now Foreign Minister Bob Carr, demonstrates that business leaders, former senior politicians and bureaucrats, former senior law enforcement officials, medical practitioners and many others are beginning to speak out against drug prohibition and the additional harms it creates.

It is now time that the legal profession denounces the butchering of traditional criminal common law concepts in the name of what is truly ineffective drug law enforcement.

Ben Mostyn and Helen Gibbon are members of the Australian Drug Law Reform Initiative based at the UNSW Faculty of Law. Helen is also a lecturer in Criminal Law at UNSW.

This opinion piece first appeared in The Drum

Why making a citizen’s arrest can be high-risk

Drug prohibition: moving to Plan B