Over the next three years, a majority of the High Court's judges must retire, but predicting the next appointment is like trying to pick the Melbourne Cup winner without knowing who's in the field, writes Professor George Williams. 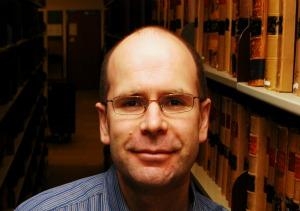 OPINION: After a period of stability, the High Court is about to undergo rapid change. Over the next three years, a majority of its seven judges must retire. This will provide the Gillard government and the victor of the next federal election with the opportunity to reshape the court.

The constitution establishes what has been called a ''statutory age of senility'' by requiring High Court judges to retire at 70. Justice William Gummow's term ends in October and Justice Dyson Heydon must depart by March 2013. The next retirements, of Justice Ken Hayne and Justice Susan Crennan, then take place in 2015.

Choosing a High Court judge is the most important appointment the federal government makes. The court determines the legality of the government's policies and laws and rules on the division of power between the Commonwealth and the states. Not surprisingly, it can be a thorn in the side of a government, as Julia Gillard found last year when it rendered her Malaysia asylum seeker plan unworkable.

A government can extend its influence and legacy through the careful selection of High Court judges. Justice Gummow was appointed by the Keating government, while four current judges were chosen by John Howard.

Predicting the next appointment is like trying to pick the winner of the Melbourne Cup but without knowing who is in the field. Many names will be bandied about in the media and legal circles but they will only be speculative and usually wrong.

Unlike other federal judicial offices, High Court positions are not advertised and have no selection criteria. The constitution merely says that the justices of the court ''shall be appointed by the governor-general in council''. In practice, this means that the governor-general makes the appointment on the advice of the prime minister and their cabinet.

Federal legislation says the government must ''consult'' with the states about the selection. However, it is unlikely that this has any real effect. Indeed, strong state support for a candidate can be a kiss of death. Even the most capable lawyers are not usually appointed if they show any inclination to favour state interests.

Every federal attorney-general says High Court judges are selected on the basis of ''merit''. This is almost always true. However, legal ability is only one factor in selecting a judge from the nation's top lawyers. Other considerations can prove decisive. Past choices have been influenced by their politics, state of origin and friendships.

First and foremost, High Court judges tend to be appointed on the belief that they will favour federal interests. This comes as no surprise, given the Commonwealth is the most frequent litigant in the court.

This can work against the best lawyers of the smaller states, where there can be a perception that they will favour states' rights. Of the 48 appointments to the High Court since 1903, 25 have come from NSW, 13 from Victoria, seven from Queensland and three from Western Australia. It is a long-standing bone of contention that no judge has ever been selected from South Australia or Tasmania.

The Commonwealth can try to determine an appointee's likely course of decisions by their past record and any political inclinations. On one occasion, things went too far.

In 1913, Albert Piddington became the ''the High Court judge who never sat''. Before offering the appointment, the attorney-general, Billy Hughes, cabled to seek Piddington's views on ''Commonwealth versus state rights'' and Piddington replied: ''In sympathy with supremacy of Commonwealth powers''. He was then appointed to the High Court but resigned when public controversy erupted after the exchange came to light.

With Justice Gummow's retirement this year, the High Court will lose its driving intellectual influence of the past decade, as well as its foremost constitutional lawyer. This poses a major challenge given the host of major constitutional questions on the horizon.

These looming cases will also influence the government's decision. The Commonwealth may be most concerned about future decisions on federal executive power, which affects its ability to fund areas ranging from local government to the arts and sport. This adds another factor into the mix. That is why, for now, it remains anyone's guess as to who will be Australia's next High Court judge.

Time to get serious on recognising Aboriginal rights in the constitution