The Parliament's Joint Committee on Human Rights has found that Australia's regional processing legislation violates many of our human rights obligations. It should act as a wakeup call that we have gone too far, writes Jane McAdam. 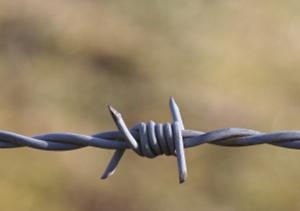 OPINION: The Parliament's Joint Committee on Human Rights has found that Australia's regional processing legislation violates many of our human rights obligations.

At a time when the Coalition is advocating tougher border protection policies, this is a wakeup call that we have already gone far too far.

Based on the substantial evidence before it, the committee reached the only sound conclusion it could: Australia's asylum policy has a "significant risk of being incompatible with a range of human rights".

The report outlines a litany of breaches under a range of human rights treaties. It is akin to a checklist of what not to do.

First, the committee found that Australia's offshore processing and "no advantage" policies unlawfully discriminate between asylum seekers based on their mode and date of arrival.

Second, the regional processing arrangements with Nauru and Papua New Guinea do not ensure that Australia's non-refoulement obligations will be respected – in other words, asylum seekers are at risk of being sent back to persecution, torture, death and other serious forms of harm.

There are further concerns about the ability of Nauru and PNG to implement rigorous mechanisms for refugee status determination and protection, and the lack of independent monitoring and oversight.

Third, conditions in the regional processing facilities fall short of the minimum standards required by human rights treaties. Manus Island was held to be unfit for children and vulnerable people, such as pregnant women, people with disabilities or other complex health needs, or survivors of torture and trauma. Such persons already there should be returned to Australia urgently, and no further transfers of such individuals should occur until conditions are vastly improved.

Fourth, the cumulative impact of the policy - in particular on people's physical and mental health - was found to constitute degrading treatment under the International Covenant on Civil and Political Rights. We should be ashamed of this. Australia itself has undertaken not to send people back to countries where they risk inhuman or degrading treatment, yet our own asylum policy is subjecting people to this form of harm.

Fifth, Australia retains responsibility under international law for the treatment of asylum seekers on Nauru and PNG. This is because of Australia's significant involvement in arrangements relating to the detention, upkeep and provision of services to transferred asylum seekers; and the fact that a joint committee has been established to oversee arrangements in Nauru and PNG, the collaborative role of which is clearly set out in memorandums of understanding.

Sixth, the "no advantage" principle has gone much further than was originally contemplated by the Expert Panel. It has actively created disadvantage. It is deliberately exacerbating delays in the processing of asylum claims and finding durable solutions, which is inconsistent with the prohibition on arbitrary detention. Nine months after the adoption of the policy, no boat arrivals' asylum claims have been processed in Australia or PNG, and only some preliminary interviews have been held for asylum seekers transferred to Nauru.

Further, the denial of work rights to asylum seekers living in the Australian community means that many face poverty and homelessness and are dependent on community services for basic subsistence. This may amount to destitution, contrary to Australia's obligations under several human rights treaties.

Seventh, the "no advantage" policy is having unintended consequences. For instance, the bar on family reunion means there is now a greater incentive for families to travel by boat with their children. This, in turn, may increase demand for people smugglers.

Eighth, and finally, the committee concluded that the "no advantage" principle was an ineffective deterrent. Indeed, even the Immigration Department conceded this in evidence to the committee. Importantly, it acknowledged that recent increases in boat arrivals had to be understood as part of a general increase of asylum seekers worldwide. Even despite this, the numbers of asylum seekers en route to Australia remain minute (about one per cent of the world's refugees).

The committee's report highlights just how far Australia has strayed from the fundamental human rights we have agreed to respect under international law, and how much our politicians are letting us down.

Jane McAdam is Scientia Professor of Law at UNSW and the co-author of The Refugee in International Law, with GS Goodwin-Gill.