Opinion Environmental defenders under attack: why funding must be restored

With a new planning system about to be introduced in NSW, the need for an independent, specialist public interest environmental and planning law centre is greater than ever, argues Amelia Thorpe. 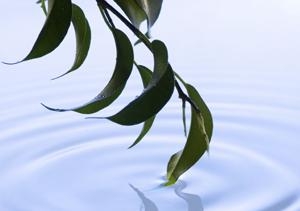 OPINION: With a new planning system about to be introduced in NSW, the need for an independent, specialist public interest environmental and planning law centre is greater than ever.

For nearly 30 years, the Environmental Defender’s Office (EDO) NSW has been the only provider of specialist public interest environmental law advice in NSW. Yet now, precisely when it is needed most, the future of the organisation is in doubt.

The NSW Energy Minister Chris Hartcher has criticised EDO NSW, accusing the organisation of socialism. Meanwhile, the Attorney-General Greg Smith is reviewing its funding under the Public Purpose Fund (PPF). After nearly 15 years of triennial PPF grants, and despite support from the Trustees, EDO NSW’s most recent grant was for just three months, and its dollar value cut by a quarter.

But if the new planning system is to live up to Planning Minister Brad Hazzard’s promises of “focusing on the public interest” and “placing people and their choices at the heart of planning decisions about their future”, it is imperative that secure funding for EDO NSW be restored.

Among the many contributions EDO NSW has made to planning and environmental law since 1985, two are particularly relevant.

Firstly, the government’s stated intention of increasing public participation in planning, and especially in strategic planning, are unlikely to succeed without an independent, public interest planning and environmental law centre. As the government has repeatedly acknowledged, it is notoriously difficult to get the public to engage early in the planning process.

It takes considerable time and expertise to understand planning documents and the implications of abstract planning proposals for particular sites, and considerable skills and commitment to participate meaningfully in their development.

The proposals in the planning green paper to provide more information in plain English and online are useful first steps, but will not be enough. EDO NSW plays a major role in the current system, with staff at the Planning Department and in local councils regularly referring members of the public to EDO NSW for assistance.

EDO NSW offers free legal advice over its telephone enquiry line (answering around 1500 calls in 2011). It also conducts workshops for community members (over 30 each year), produces plain English publications, briefing notes and submission guides, and each week sends an electronic bulletin including information on current planning proposals and ways community members can contribute to these. With a greater focus on public participation, the need for services such as these will increase under the new system.

Secondly, as the new legislation comes to be implemented, there will be a need not just for EDO NSW legal outreach and advice, but for its solicitors. Introduction of new laws consistently generates litigation as courts are asked to interpret their meaning, and specialist lawyers play a crucial role in this process.

Since 1985, EDO NSW lawyers have played a very significant role in the interpretation of the Environmental Planning and Assessment Act and the 150+ amendments made to it since its enactment in 1979. Well beyond their value for particular clients, specialist planning and environmental lawyers bring considerable benefits to the system as a whole.

The ability of all participants in the planning system – developers, businesses, farmers, households and public authorities – to understand and comply with their obligations on issues such as biodiversity conservation, coastal protection and heritage owes much to the work of solicitors from EDO NSW. Judges from the Land and Environment Court have regularly recognised the important role played by lawyers from EDO NSW in developing the law in NSW.

EDO NSW’s mission is “to promote the public interest and improve environmental outcomes through the informed use of the law”. Given the strong similarities between this and the oft-expressed objectives of current planning reforms, it is hard to understand why the government is now considering de-funding EDO NSW.

If the government is unhappy with aspects of EDO NSW’s work, a more appropriate response would be to include a definition of the public interest in the new legislation – a significant gap in the current Act filled in quite different ways by different judges. Instead of closing down an organisation that has made such a valuable contribution to planning and environmental law in NSW.

Amelia Thorpe is a lecturer in the Law Faculty, where she teaches and researches in environmental and planning law.