Opinion The euro will be a very near run thing

Europe is in a major bind. The only way to make Greece, Spain and Portugal competitive is to force major adjustments upon them, writes Ross Buckley. 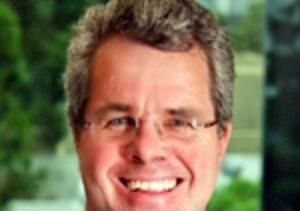 OPINION: Congratulations, this week you won a competition. The prize is your choice of a German, Spanish or Greek car. You are told nothing further. Which prize do you choose?

If you chose a Spanish or Greek- made car (if such a thing even exists) in preference to a German one, you need read no further, for nothing I write can possibly help you.

If your choice of car was German, you can see why the euro zone is in such trouble. For if the prize was a household appliance or some manufacturing equipment, German-made would remain the best choice. The euro was introduced by treaties that required member nations to abide by strict limits on sovereign debt levels and deficits. But there's always been an elephant in the room - the value of a nation's currency is not determined solely by its debt and deficit levels.

Productivity and export income matter, enormously. People rarely mention this big problem as there are no easy solutions for it. For 130 years before the euro, Greece's currency slowly and steadily declined in value against richer nation's currencies, as did the currencies of Spain and Italy. These progressive devaluations kept the less productive nation's exports competitive.

The same happened here in 1997. Economists around the world agreed Australia would have a recession in the wake of Asia's. We dodged it, principally because our dollar fell so far our exports rose and new export markets opened up. Our dollar went from US73c in September 1997 to US56c a year later. So an Australian earning $50,000 a year was earning $36,500 in US dollars in September 1997, and $US28,000 a year later.

The Aussie didn't notice the change unless he or she travelled abroad. But exports made by their labour suddenly were much more competitive. The precise opposite is why so many of our non-mining industries are struggling today.

Europe denied itself this automatic adjustment mechanism when it adopted the euro. So Europe today is attempting to force major reductions in the salaries and benefits of workers in the Southern European nations as without a floating exchange rate, this is the only adjustment mechanism left. And this is why there are so many protests on the streets in Athens and elsewhere. Real reductions in income hurt.

The problem with this road to competitiveness is that it shrinks economies. Reducing civil servant's and other salaries and social welfare benefits, reduces spending and causes economies to contract.

This reduces tax revenue, and makes it much more difficult for governments to service their debts.

So Europe is seeking to provide ever larger pools of capital to bail out Southern sovereigns and thereby enable them to weather the extreme economic pain of restructuring. Germany's export performance is buoyed by the euro being, for it, a severely undervalued currency, so Germany can afford to advance these funds - the question there is one of political willingness.

With sky-high unemployment and massive social unrest the leaders of the Southern nations are attempting to walk a tight rope. Unless the electorate embraces the need for such painful adjustment, more populist, less responsible, governments are likely to come to power and the euro-experiment will be over, at least for southern Europe.

In 1815, Waterloo reshaped Europe. The best book on the battle is Waterloo - A Near Run Thing.

And it was that - Wellington would have lost had not the Prussian troops arrived at day's end.

Whether the economies of southern Europe can be remade in time is going to be another near run thing. Modern Prussians are going to have to expend tremendous amounts of money, over a sustained period, if the nations of the south are to be kept afloat for long enough to restructure.

The governments of these southern countries will have to be prepared to act with resolution and rigor that democratic governments rarely,display. It is a battle the euro is far more likely to lose than win.

Greece debt crisis: It's harder to help Greece than you think

Real reasons behind the Greek crisis: inefficiency and a fudged budget deficit