Opinion Even heroes must comply with the laws of the land

Julian Assange is a hero to many, but even a hero must comply with the ordinary criminal law, whether it be that of Australia, Britain or Sweden, writes George Williams. 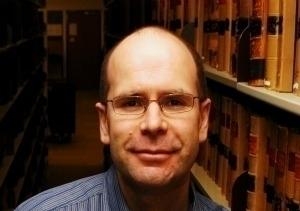 OPINION: Like many people, I have had a conflicted reaction to Julian Assange. On the one hand, he has done the community a great service in bringing to light secret information such as combat video showing US soldiers casually killing civilians in Iraq. For this, he faces the wrath of America and its leaders. On the other hand, he is subject to tawdry allegations of sexual molestation in Sweden.

I revisited these issues last week when I joined a panel in Adelaide with Justice Stefan Lindskog of the Supreme Court of Sweden. Justice Lindskog gave an unusually frank assessment of the Assange case. In doing so, he displayed a surprising level of sympathy for Assange's political objective of exposing national crimes and misdeeds.

Sweden has a good reputation generally for its judicial system.

Assange is wanted for questioning in Sweden in regard to allegations made by two women, Sofia and Anna. Both say they consented to sex with Assange on his visit in August 2010, but only on the basis that he used a condom. It is alleged that Assange initiated sex with Sofia without a condom while she slept, while Anna says that he deliberately broke a condom during sex.

Assange may be charged in Sweden with sexual molestation, or possibly rape, on the basis that he violated the conditional consent to sex given by Sofia and Anna. Their allegations are not as serious as some other forms of sexual assault. However, they are by no means minor or trivial. Men and women have a right to consent to sex on their own terms, and understandably may require the use of a condom to avoid HIV and sexually transmitted diseases.

The British courts held that Sweden could extradite Assange to answer questions about these allegations. However, rather than comply with the court order, Assange sought political asylum in the Ecuadorian embassy in London.

Assange's action has been defended on the basis that he would not receive a fair trial in Sweden. This claim is not credible. As Justice Lindskog demonstrated, Sweden has a well-developed system for dealing with allegations of sexual assault. Not surprisingly, Sweden has a good reputation generally for the quality of its judicial system. No legal system is perfect, but there is no sound reason to doubt the robustness of its trial process, or to believe that an accused would be treated unfairly there.

This is not to say that Swedish law is the same as that in Australia. Sweden has a broader understanding of what can constitute a sexual assault. It may be that having sex without a condom against the wishes of a woman is an offence in Sweden but not in Australia. This is a grey area of the law in both nations.

In any event, it is well accepted that Australians travelling to another country must comply with the law of that country. Just as our citizens must accept the lengthier jail terms imposed in other nations for drug offences, so too must they accept the different standards of sexual assault in Sweden. It has also been said that Assange was right to avoid extradition to Sweden because he would then have been exposed to extradition from there to the US. It is true that America could seek his extradition from Sweden, as it could from other nations. However, the US has not yet made any such request.

In any event, as Justice Lindskog made clear, Assange could resist an attempt to extradite him from Sweden to the US. Assange might exploit significant differences between Swedish and US law. In particular, Sweden has significant protections for freedom of speech and a more relaxed approach to the classification of secret information.

Indeed, if the US wished to extradite Assange, it might find it easier to do so from nations other than Sweden. Britain would be a likely place to start, as might Australia. In particular, Australia's weak legal protections for freedom of speech, whistleblowers and the release of confidential information, combined with its overreaching anti-terrorism laws, make it a more obvious place from which to seek his extradition.

It is not clear what advice Assange received about the Swedish legal system before he fled to the embassy. He may have done so on the basis of legal advice, or as a personal reaction to the prospect of facing charges of sexual molestation. Whatever the cause, he made a serious error of judgment.

Assange is a hero to many, but even a hero must comply with the ordinary criminal law, whether it be that of Australia, Britain or Sweden. Important principles of freedom of speech and open government are at stake, but these should not blind us to the importance of the rule of law. No one should be above the law, not even Assange.