Opinion Failure to launch: what happened to Indigenous recognition?

The Gillard government's announcement that it won't push ahead with the referendum for constitutional recognition of Indigenous peoples comes as no surprise, writes Andrew Lynch. 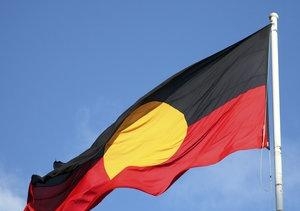 OPINION: The Gillard government has finally confirmed it will not be asking Australians to vote in a referendum for the constitutional recognition of Indigenous peoples in this term of parliament.

Although agreeing to pursue this constitutional change at or before the 2013 federal election was important in obtaining the support of the Greens and Independents Andrew Wilkie and Rob Oakeshott for Labor’s minority government, yesterday’s announcement does not come as much of a surprise.

Indigenous leaders will breathe a sigh of relief that the government will not push ahead with the referendum.

The members of the government’s Expert Panel on Constitutional Recognition of Aboriginal and Torres Strait Islander Peoples were emphatic in their final report: nothing could set back relations between Indigenous Australians and the rest of the community more than a hasty campaign for change that was rejected by the electorate.

Prominent Indigenous voices, including Professor Marcia Langton and Aboriginal and Torres Strait Islander Justice Commissioner Mick Gooda, have been frank in their more recent comments that it would be unwise to stick with the original timetable and better to wait.

But did it really have to work out this way? And does the government’s announcement bury or merely shelve Indigenous constitutional reform?

In receiving the panel’s report in January, the Prime Minister said:

As a nation we are big enough and it is the right time to say yes to an understanding of our past, to say yes to constitutional change, and to say yes to a future more united and more reconciled than we have ever been before.

Although the Coalition expressed some concern that the prohibition on racial discrimination might, in the words of opposition leader Tony Abbott, amount to a “one clause bill of rights”, it had gone to the 2010 election supporting recognition through a new preamble and also seemed willing to remove obsolete racially discriminatory provisions.

But after that, there was hardly any further discussion of the substance of reform – and any momentum from the panel’s report appeared to stall. What happened?

Certainly one factor that always pushes against of plans for constitutional change to generating traction, is the other more pressing and immediate issues that crop up and demand political responses.

In the life of Gillard’s minority government the distractions have been plentiful. The introduction of the carbon and mining resources rent taxes and the perennial nightmare of asylum seeker policy are just the tip of the iceberg. But while we have indeed been living in an unusually hot political climate, competition for media attention is nothing new. It is a challenge that must be overcome by any reform campaign in any era. The real problem lies deeper than this.

The proposal for constitutional reform in the interests of Indigenous Australians drifted for two main reasons: insufficient community awareness and a lack of bipartisan support. Studies on successful referenda in the past have proved that both of these are essential for achieving constitutional change.

In a statement explaining the deferral of the referendum to some future, unspecified date Minister Jenny Macklin highlighted the deficiencies in community engagement as a justification.

There is no doubt the public has to be informed and appreciative of the reasons underlying any proposed change to the constitution. But it is hard not to see political leadership – the other essential prerequisite for success – as pivotal in this regard.

Like the chicken and the egg, which comes first – a clear political commitment to specific reforms or community support for the same? In the hierarchy of obstacles facing the referendum, arguably the bigger deficiency appears to have been the stance of our elected representatives.

The government is certainly open to a charge of passivity. In the nine months since receiving the report, no formal response whatsoever to its recommendations had been made. It is strange to expect others to expend energy on proposals about which the government has signalled so little enthusiasm. Complaining about a lack of community leadership is a bit rich when the ball is in your court.

The failure to grasp the momentum of the Expert Panel’s consultations created an opening for the opposition to claim the issue. Shadow Attorney-General Senator George Brandis has stated that the referendum should not occur under Julia Gillard, arguing that only Tony Abbott would be able to convince conservatives to vote for change.

In this context, it’s not surprising that the referendum timetable has been postponed at least until after the next federal election. Given the way things have played out – or rather, haven’t – it is almost certainly for the best.

The lesson from this is that it is unrealistic to think the community can really advance the case for change without clear leadership from Canberra.

Having been neglectful in the carriage of Indigenous constitutional reform, it is perhaps heartening that in Macklin’s announcement she reveals plans for the Commonwealth Parliament to pass an “Act of Recognition acknowledging the unique and special place of our first peoples”.

This might be seen as a poor consolation prize, but looked at more optimistically the proposed statute is probably a good way of finding common ground between the two major parties in a setting that is not as high-octane as a bill to amend the Constitution.

Referenda may be all about the will of the people, but they can’t be run by the people alone. The public responds to political leadership on issues of national importance. When that is absent, so is the community’s interest.

Andrew Lynch is the Director of the Gilbert + Tobin Centre of Public Law and a Professor in the UNSW School of Law.