The government’s proposals to restrict Australians travelling to war zones, while not as invasive as some measures adopted overseas, do impose an onerous burden on travellers, writes Sangeetha Pillai. 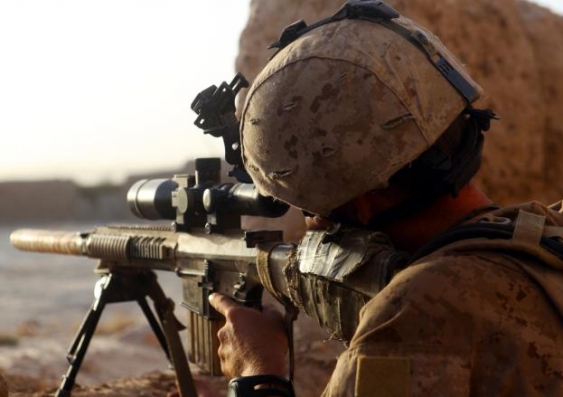 OPINION: The Abbott government will soon unveil the legislative details of its second tranche of revamped anti-terrorism measures. The government introduced the first set of reforms into the Senate in July.

One of the announcement’s key feature is a plan to toughen up laws that target so-called “foreign fighters” – Australian citizens and residents who travel overseas to engage in armed conflicts.

The proposed changes come in the wake of increasing numbers of Australians travelling overseas to fight in countries such as Iraq and Syria. At a press conference, foreign minister Julie Bishop described these conflicts as a “breeding ground for extremism”. She said that:

… preventing Australian citizens from becoming foreign fighters in any of these conflicts or others that may emerge is becoming one of our highest national security priorities.

Two objectives underpin the government’s foreign fighter proposals. The first is a desire to restrict the movement of foreign fighters by preventing them from travelling to conflict areas as well as preventing their return to Australia from these areas. Secondly, the government wants to be able to successfully prosecute returned fighters who have engaged in violent or terrorist conduct while overseas.

There are two key elements to the proposed measures: increased powers to control the passports of Australians on national security grounds, and supersized criminal law provisions, designed to make it easier to prosecute returned foreign fighters.

Legally, governments aim to control the movement of citizens who join foreign civil conflicts by two main mechanisms, which to an extent cover different ground.

Passport control is often relied upon to prevent would-be fighters from travelling overseas to engage in foreign conflicts or receive training. Citizenship revocation is a tool that can enable a country to exclude from its territory individuals who threaten its security.

In Australia, the movement of foreign fighters is restricted through passport legislation. Citizens have a general statutory entitlement to be issued with an Australian passport, but they may be refused a passport or have their passports cancelled in circumstances specified in the legislation.

A relevant example is where a “competent authority” – such as ASIO – suspects on reasonable grounds that if the citizen concerned had a passport they would be likely to engage in conduct that might prejudice the security of Australia or a foreign country. Over the last year, the number of Australian passport cancellations has risen considerably. Attorney-general George Brandis has described this trend as reflective of the threat posed by foreign fighters.

Australia’s current approach to passport control has been criticised for granting too much leeway to security agencies, placing citizens in a precarious position.

Conversely, the Independent National Security Legislation Monitor (INSLM) has suggestedthat existing laws are not flexible enough. The difficulty of completing full security assessments on individuals who are suspected security risks before they travel is said to pose a “major challenge” for ASIO.

To combat this, the INSLM recommended the introduction of a ministerial power to temporarily suspend an individual’s passport while ASIO completes checks. As a safeguard, the INSLM suggested strict time limits should apply to the temporary suspension powers. It also recommended protections to ensure that individuals do not have their passport repeatedly suspended without a “valid reason”.

The proposals announced by the government on Tuesday adopt the INSLM temporary suspension powers recommendation. Whether the recommended safeguards have been adopted remains to be seen – draft legislation will be introduced into parliament in late August or early September.

Many countries seek to restrict the movement of foreign fighters. Some go significantly further, by allowing the revocation of citizenship on national security grounds.

In the UK, wide statutory powers allow citizenship to be revoked where the Secretary of State is “satisfied that deprivation is conducive to the public good”. Proposals to allow citizenship revocation for dual citizens who “engage in acts of terrorism” and “take part in hostilities on behalf of an armed group in the context of an armed conflict” have been proposed in Canada and Austria respectively.

In Australia, a person will lose their citizenship only for serving in the armed forces of a country at war with Australia. The Abbott government has contemplated citizenship deprivation measures for individuals who travel abroad to fight in armed conflicts. However, these measures do not appear to form part of the latest legislative package.

The distinctive element of the government’s proposals is its proposed changes to the way in which Commonwealth criminal law will target foreign fighters.

Currently, foreign fighters' conduct is directly targeted under the Crimes (Foreign Incursions and Recruitment) Act 1978. This act makes it a crime, punishable by 20 years' imprisonment, to engage in a “hostile activity” in a foreign country, or to enter a foreign country with intent to do so. “Hostile activity”, for the purposes of the legislation, includes conduct like attempting to forcibly overthrow the government, engaging in armed hostilities and causing the public to fear death or injury through force and violence.

The problem with current laws, according to Brandis, is that it is difficult to obtain enough evidence from overseas to secure convictions. This has also been an issue in other countries. A recent study by the Swiss Centre for Security Studies found that in several countries, successful prosecutions against foreign fighters are “hindered by the difficulties in collecting evidence”. In some countries, laws that criminalise militant overseas conduct have yielded no successful prosecutions.

The government’s proposes to deal with this challenge by repealing the previous act and introducing new laws that make it a criminal offence to travel to designated localities where terrorist activity is present. This opens up the possibility of prosecution for a range of non-combatant travellers, including humanitarian workers and individuals with family in designated areas.

Brandis says the new laws will be used sparingly, and that travellers with “innocuous” purposes will be able to raise this as a defence against prosecution. However, this would require them to produce evidence that their travel was for an innocent purpose. By placing an evidentiary burden on travellers, these proposals go significantly further than legislation in other countries.

In most countries, the act of travelling to conflict destinations is not criminalised. To be prosecuted, a person must engage in particular conduct while overseas. A handful of other countries such as Canada and Belgium criminalise travelling abroad for the purpose of participating in a conflict in certain circumstances.

The inherent challenge in national security legislation is to balance respect for the liberties of individuals with the need to ensure peace and security for society at large. Close attention to the government’s draft legislation will be required to ensure this balance is struck.

While the government’s proposals stop short of some of the more invasive individual measures adopted overseas, they do impose an onerous burden on a wide class of non-combatant travellers.

Sangeetha Pillai is a PhD researcher at the Gilbert + Tobin Centre of Public Law at UNSW.