The government should set clear parameters for the royal commission into child sexual abuse and dampen unrealistic expectations about what can be achieved, UNSW Professor and former royal commissioner Hal Wootten QC says. 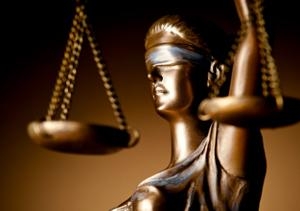 The federal government should think carefully about the parameters of its royal commission into child sexual abuse and dampen unrealistic expectations of what can be achieved, UNSW’s Professor Hal Wootten says.

Emeritus Professor Wootten, who was a senior commissioner in the five-year Royal Commission into Aboriginal Deaths in Custody (1987-91), says unreal expectations about what the commission process can achieve should be managed, especially given the enormous scale of sexual abuse across institutions.

Professor Wootten has told the Sydney Morning Herald it is important that lessons from the past are taken on board.

“The Aboriginal Deaths commission was set up very hastily as a knee jerk reaction to a peak in deaths in custody.

“The government set it up to investigate all the deaths in a ten year period. It had no idea how many deaths there would be and it hadn’t thought about what the question should be. And we ended up being set up to answer the wrong question.

“The question we were set up to investigate was were police and prison officers killing aborigines, whereas the real question was why were so many aborigines being put in jail?”

Professor Wootten, who is founding Dean of UNSW’s law school, says investigating every one of the thousands of cases of child sexual abuse would be impossible.

“The first thing the government should do in the midst of all of this euphoria is take a deep breath and think about how many cases there are that we are going to promise to investigate.

“You’re not going to be able to set up a sausage machine process to deal with cases. In every case you will be dealing with a tremendously bruised and perhaps damaged person that will require the most sensitive treatment case by case.

“I can’t see it being possible for a single commissioner to do it; we had up to five working at a time in the Deaths in Custody Commission and we had only 100 cases to investigate.”